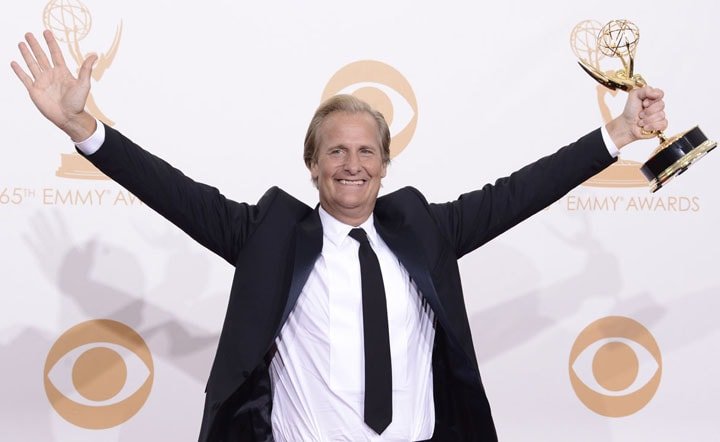 The Emmys were this past Sunday, but I didn’t watch because I was doing something far more productive: getting absolutely shitfaced at my friends Alan Linn and Lonny Behar’s wedding at Norwood Club in New York. It was an important wedding: aside from the fact the marriage itself wouldn’t have been legal a couple of years ago, as a Brit Alan is now eligible for the same emigration status as a straight husband would enjoy had he married an American. Anyway, I’m glad I had something better to do than watch the Emmys because the predictions I made in two posts turned out to be a bit of a fiasco.

I divided my choices into “Should Win” and “Will Win.” Let’s see how badly I did:

Should Win: House of Cards

Will Win: House of Cards

So right out of the gate I fucked up. But I wasn’t the only one who was surprised by this. House of Cards was tipped to upset the race with a sweep of sorts. Okay, okay. I still fucked up: it was obviously going to be Breaking Bad.

Ho hum. This was a major upset. Everyone thought Louie would win. Because it should have.

This was also an upset, but I got it partially right by saying Daniels should win. But it still doesn’t count. Okay, I’ll give myself half a point.

I can’t even talk about this. This upset is so upsetting I can barely type. Vera! Oh, Vera, I weep for thee. In my heart you won.

This one was so tough. All the nominees were so good. Henry Bromwell died suddenly from a heart attack, and as this year’s Emmys were all about death, maybe he had the inside track on that. But bottom line, I really screwed up these predictions. Haven’t called one right so far. Pathetic.

Woo hoo! Just when I was giving up on myself, I get one right… so it happens to be the most “duh” of all. I’m still owning it.

I have no comment about this because I don’t watch The Big Bang Theory, but there is nothing about that show that touches Louie or Louis Ck. This is a travesty and a testament to the fact there are still some nefarious fuddy-duddies within the ranks of Emmy voters who need to die off along with sitcoms in general. See, this I’m actually happy about because, as I said in my predictions, “Veep is my second-favorite show after Enlightened, and Louis-Dreyfus makes it happen along with that crackling writing.” But I still called it wrong, as did everyone else.

Actually Won: Behind the Candelabra

This was another ‘Duh,’ but at this juncture I’m so depressed and doubtful of my judgment about anything that I am owning this as a major validation.

Outstanding Lead Actor In A Miniseries Or A Movie

Ta dah! Two in a row. Take a bow, James. Swish around the stage in an outsized white chinchilla. Bling, bling, bling…

Outstanding Lead Actress In A Miniseries Or A Movie

Well, who doesn’t love Linney? Again, it as the death Emmys, and I guess cancer beats them all. (Politics was also a major theme.)

No Ghey regrets Cannavale winning because he’s a good actor and sexy and broke out playing a believably gay cop on Will & Grace. But this was widely believed to be Patinkin’s win. Major upset.

I got another! But I’m so ambivalent Gunn. But it’s also the role — such a deplorable character in so many ways, even if Skyler White is the victim. But no she isn’t… oh, how this series shall be mourned and missed.

Outstanding Supporting Actor In A Miniseries Or A Movie

Wrong, wrong, wrong. There must have been some mistake in the tabulation: It’s just not possible for the voters to be so stupid as to recognize Cromwell over Quinto. However, they did understand how amazing the performances are in American Horror Story.

Outstanding Supporting Actress In A Miniseries Or A Movie

Well, who doesn’t love Burstyn? I was handicapped in this category because I was unable to watch more than twenty minutes of Political Animals — compared to Aaron Sorkin or Veep or House of Cards, it’s amateur hour in all respects, from the writing to the directing to Ciaran Hinds hockey performance as a Bill Clinton type.

Outstanding Writing For A Miniseries, Movie Or A Dramatic Special

I didn’t see The Hour, which Morgan wrote. But if it’s better than Candelabra, I sure as hell will now.

Outstanding Directing For A Miniseries, Movie Or A Dramatic Special

Okay, so another ‘Duh.’ I put Campion and Davis as Should Wins just because I think Campion is a more audacious director in some respects than Soderbergh (by no means all respects), or I thought she was until I actually saw Top of the Lake, which is good, but they should not have won. So that was a bad call that sort of cancels out my having called it right about Soderbergh — he should have been the Should Win as well.

That’s five and a half right, if you allow the Jeff Daniels prediction, out of seventeen. I don’t even know what percentage that is because I’m too listless with my own sucky-ness to do the math, but it SUCKS.

Indeed, this whole Emmys predicting was such a disaster that I’m having an existential crisis over it. Why am I even bothering with TV awards? The justification was that TV content is now more important than theatrical, therefore these awards would bestow some degree of merit. But it’s clear that Emmy voters are even more wacky than Oscar voters. So for right now I’m going to say I’m not doing this again. What’s the point? We should appreciate the dozen or so great shows that are out there for what they are, and leave well enough alone.