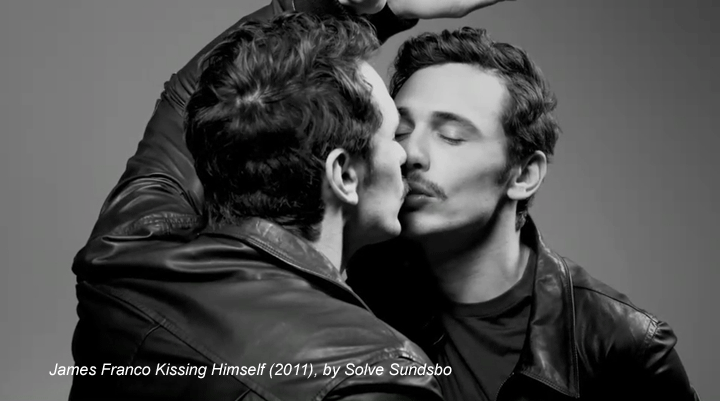 After financing fell through on the first iteration of Hatter the film—arbitrary changes to British tax laws threw the entire industry there into chaos for about eighteen months, long enough for many productions to fall apart—I began to develop other projects.  Rather than learn my lesson about how hard it is to finance esoteric, difficult films, I managed to come up with one that was even more obscure, Post.

The idea for Post came from two sources.  The first was a two-day discussion I had in 2001 with filmmaker Tarsem Singh (Immortals, Mirror, Mirror) about the nature of romantic love.  Everything in Tarsem’s world is highly visual, perfectly designed down to the most minute detail.  The conversation took place in his loft overlooking Trafalgar Square, and this rarified environment gave me a sense of how the piece might work cinematically, even though it was primarily just a philosophical conversation with no real conclusion.

The second piece of inspiration was Mark Danielewski’s post-modern novel House of Leaves, about a family living in a house that expands endlessly as the story itself unfolds.  What made the book post-modern is the way in which it is written, with intricate layers of narrative, the footnotes consuming the main story, the experimental typography  of the book itself.  What made it even more post-modern for me as a reader was that midway through the book I realized that Mark was my mother’s friend Priscilla’s son, that I’d once spent a Thanksgiving jealously dazzled by his loquacious brilliance, and that the family living in the magical house was his own.

My idea for Post was a writer and a director reuniting in a post-production facility in Los Angeles, where the director is cutting a film.  They begin to hash out differences they’ve had in the past, particularly over a script the director never put into production and a mysterious woman who had left the writer for the director.  As they talk, the building expands, adding rooms and random corridors.  Eventually you realize that the film the director is cutting is the film you are watching.

Just to make sure the making of Post was as post-modern as the film itself, I teamed up with a post-production house in London to produce it.  With no script in hand, no idea of how the film was to become what I envisioned, I went into the pitch meeting with a single image in hand, which I placed on the conference room table.  I said, “I want to make this”:

“No, but I need to know if you’d buy it just from that image.”

He laughed.  “Absolutely.”  He was far nuttier than I.

I launched into my explanation, and he did indeed buy the pitch.  We even shot a test, but the special effects required for even those few minutes were so intensive that the company would have drained too many resources away from paying jobs.  So it was shelved.

There is something about the word “post” that appeals to me on many levels.  Aside from its many meanings as a noun, as a prefix it signifies “after in time or order.”  The future-ness of it, the looking beyond who we are now, who I am in particular, is exciting.  Spiritual teachers around the world enjoin us to live in the present, but if that isn’t downright boring, it’s depressing.  If I were a guru, I would tell everyone to look forward.

I was a little outraged last week when a group of wacko ex-gays in London tried and failed to run this ad on buses:

The reason I use the term Ghey isn’t just because it looks like a funny, medieval variation on the word, maybe reminiscent of a quaint town in northern Europe like Ghent.  It’s because I am instinctively a little repulsed by using the word “gay” to refer to myself or people like me.  If I categorize myself at all, I think of myself as post-gay, which isn’t the same as ex-gay at all, and that is what makes the above ad so offensive to me; they are misusing the term.  It means I think of myself as the future of gay, not separate from gay.  There is some truth to this definition of it from Urban Dictionary, albeit incomplete:

Post-gays are out of the closet and care about gay rights and gay issues. Their stance on identity and culture is a reaction against the fetishization of gay stereotypes…. They tend to refer to themselves as ‘gay’ and only invoke the word ‘post-gay’ in the presence of the (conformists) who have co-opted the falsehood of a monolithic gay culture.  Post-gays also realize the history of the struggle for gay equality and know that their attitude can only exist in environments where gays are already integrated and accepted.  It is only within these environments that they critique others.

Perhaps I should call myself ‘queer,’ but that’s an even weirder word and I’m not a radical cultural separatist, which is generally what the word implies.  My aversion to ‘queer’ comes from an uncomfortable childhood experience.

When I was growing up and attending a British school, we habitually said, “I’m feeling queer,” to mean we were feeling sick.  I stopped using the word forever when I was about eleven. My American father had trotted me out to meet the guests at a cocktail party he and my mother were throwing for his colleagues in Rome.  When asked by I guest how I was doing, I replied, “I’m feeling a bit queer,” hoping that the claim of being ill might excuse me from this excruciating, forced social interaction with smoky, boozy adults.

The next day, my father furiously told me never ever to use that again.  And I didn’t; the word was now another reminder of everything that was wrong with me and lacking as a “normal” male.

The Stenmark Twins by Joseph Sinclair

As the Urban Dictionary tries to explain, it’s not homophobia that makes me post-gay.  It’s just that I have as many problems with gay culture as I do with any sort of group activity that imposes some sort of conformity.  Apparently this is a symptom of my ENTP personality; we ENTPs are constantly seeking out our own drummers to march to, preferably at the head of the parade.  I can’t really intellectualize this compulsion: it’s a revolted feeling that overwhelms me to the extent that I have to flee the herd in case it tramples me.

Post was my first project post-Hatter, the one that broke me out of my hypnotized obsession with it.  It has no gay themes in it; I knew that part of the failure of Hatter to get financed despite its cast was its outrageous sexuality, whether gay, straight, post-gay, bisexual or just general mind fucking.  Yet Post wasn’t honest in this respect; the real conversation between me and Tarsem was a dialogue between a straight man and a gay man on the nature of romantic love as it differs between the two sexualities as much as it was about their shared generalities.

Whatever Tarsem touches carries a strand of his visionary DNA.

As Tarsem said to me a few months ago on the subject of filmmaking, now that he is done with experimenting after his self-produced passion project The Fall, “Might as well make the studios happy and give them what they want.”

“They are paying an awful lot of money for it,” I replied.

Perversely, the studios only want you if you manifest a singular vision, and Tarsem is able to get his signature style into everything he makes for them.  So, at the end of the day, there’s no point in my trying to conform and please; I’ll get lost in the crowd.  No matter the struggles and initial disappointments, pursuing projects like Hatter and Post will ultimately yield the most satisfying results on many levels, and layers, and senses.