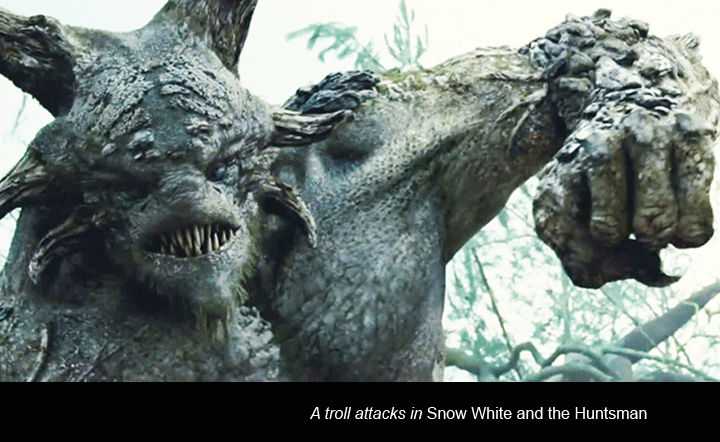 With the exception of dating sites and chat rooms, where I use a name I created for myself twelve years ago (Shiv66), I only comment or post online under my real name.  You are welcome to rebut me, to seek me out if you so choose, or even threaten to sue me, which Seema Khalia once did (my reaction was to write a post encouraging her to do it, and then examining free-speech laws and why she didn’t stand a chance).  Even when I am Shiv66, I make it clear who I am in real life to anyone listening.

I have nothing to hide; on the contrary, I enjoy being myself immensely.  Most people aren’t so lucky, but that doesn’t excuse hiding behind anonymity to destroy someone else, especially if you are a forty-nine-year-old man whose behavior is being emulated by college students across the web, as was the case of Brutsch.

I understand that I am somewhat unique this way, although not different from anyone else in the entertainment world when it comes down to it.  We want to be seen and heard as who we are—that is the extrovert’s addiction, the braggart’s balm that soothes his grasping need to be admired. When the movie 300 came out, I was fascinated by the fact they had used successfully the online virtual reality game Second Life to promote the film among fanboys.  I signed up to SL, but couldn’t bring myself to create a fantasy avatar like everyone else, to improve myself, change myself, dress in costumes I’d been daydreaming about since childhood.  Instead, I spent a good many hours making my avatar look exactly like me, right down to my trademark hoodie and super-baggy Carhartt cargo pants.

Was it narcissism on my part?  No, not enough delusion.  Vanity?  Yes; no doubt I have a healthy dollop of that.  I have transformed myself over the years into an exotic creature I could not have imagined as an exceedingly imaginative kid.  Back then, I had relatively mundane middle-class dreams of power and status, Oscars in hand, houses in every city I liked around the world.  I have achieved none of that, but what I have become is hardly mundane even to me, and that is an achievement of sorts—or that’s how my vanity chooses to spin it.

Yesterday I updated a post about Tina Brown; I have been predicting a downfall for her Newsweek/Daily Beast for well over a year in these pages.  It the update, I called for her to take a cue from the most used screen name on the Internet: Anonymous.  What I meant by that was she needs to dial back the smugness, inject a certain amount of humility into her content in order to make it more appealing to a broader audience, the kind who read Newsweek, not Vanity Fair or The New Yorker.  Her writers and on-air personalities need to ditch those Condescending Willy Wonka tones, to use one of the more popular Reddit memes as a visual reference for how her team comes off as a whole.

One of the things I am proudest of is that I have by and large ignored the “omertà” of the entertainment business I belong to.  I have not tread carefully, and have written openly and honestly about my experiences in these pages.  The events of the past few years since the combination of economic recession and piracy almost broke our industry have done a lot to alter my attitude; whereas I once might have been careful, used pseudonyms or oblique references, I now just tell it like I saw it, as raw and as honest as I can be from my subjective standpoint.

And that is unusual.  Shouldn’t I be afraid of future repercussions?  Not in the least.  One thing I have learned is that when I’ve called someone a douchebag, he turns out to be just that.

Occasionally, I’ve copped some shit in the comments section of posts, like when I was hauled up for being gossipy about Robert Downey Jr.’s sexuality in a piece about Colin Farrell.  But that was in context, not the same at all as Perez Hilton or TMZ discussing a star’s private life: I was using RDJ’s rehabilitation after drug abuse, sex “scandals,” and considerable legal problems as an example to underscore to the subject of the article: What to do about Colin Farrell and his image. I confess to being a bully of bullies. When I am savaged by someone under heavy alias from Bumfuck, Nowhere in a chat room or forum, I always make sure he gets worse than I got.  I’m a writer, I can compose zingers quickly and lethally, so I don’t need to be in front of someone to hobble his ego in a few lines, in ways he is unlikely to forget; I don’t need ad hominem when highlighting the truth of who a troll is can be so much more scarring.  I always warn him first that he would never attack me if he were standing in front of me; I am big and muscular, and I will have no problem breaking a nose if provoked, which is why I am never provoked in real life.  As far as I’m concerned, having a dialogue of any kind online is the same as having one in person—you should observe the etiquette of all social interactions, not behave like a savage bounding around destroying things.

Indeed, human nature can be as savage and vile as it is civilized and nurturing, and that is nowhere more apparent than on Reddit.  I have some compassion for Butsch; he is hardly the comeliest person on the planet, and he is a programmer and therefore a geek.  To spend that much time and effort to become the most notorious troll on Reddit—“the front page of the internet,” which had over six billion page views last month—is a level of dedication to evil behavior that I cannot fathom.  But Butsch himself was most likely severely bullied and often rejected as a kid; American culture is particularly unrelenting and brutal that way, especially when he and I were growing up.  I didn’t suffer anything near what he probably did, so there is no vicious cycle of abuse begetting abuse in my case.

The ridiculousness of the situation is highlighted by Butsch himself in his interview for CNN, which I have embedded below.  Reddit awards you “karma points” for your posts, and he had accrued so many, contributed so much to traffic passing through the site, that they awarded him a gold-plated trophy.  But there is no monetary compensation for all of this effort, for the accrual of these “meaningless internet points,” as he rightly calls them.  You can’t even trade them in for a flight somewhere.  The reward is entirely psychic: recognition from your fellow trolls and geeks for your prowess as a king among sleazy douchebags.

To me, there is no argument about free speech in Butsch’s case: He has every right to express himself and post morally opprobrious content, but Gawker was also right to expose him, regardless of whether he lost his job and health insurance for his sick wife.  Despite what you might suffer as a result of being exposed, ignorance of the consequences of your actions is worse than ignorance of the law; if your moral compass is so out of whack, then sorry, dude—you need it fixed, and this is the only way.  If at the age of forty-nine—and a father, no less—you don’t know that it is wrong to post lascivious spy pictures of teen girls, or open subreddits (as forum sections are called on Reddit) devoted to dead babies, then you’re not just a late bloomer but a moron in need a shakeup.

The Internet is still developing, far from reaching any kind of maturity, yet.  We are in the process of working out this new form of interaction as it singlehandedly transforms the world into a truly global society.

Brutdsch is by no means alone.  Just as Julian Assange unmasks and forces transparency of governments, he was unmasked himself.  I don’t agree with how he is being hounded, but I also think he should stand and face the consequences; it would better serve his cause to “face it like a man” than hide in the attic of Ecuador behind a diplomatic technicality that makes him seem cowardly.

While I find some of Gawker’s content to be reprehensible, I laud them for outing Butsch.  Actions like these are as important to the overall anti-bullying campaign in this country in particular as anything Dan Savage and company are doing.  If there can be no legal repercussions against creeps like Butsch, then let humiliation and economic hardship be a deterrent; at the end of the day, that is far more effective than incarceration.

Here’s the Anderson Cooper segment about Butsch.  Speaking of which: Anderson, I know I’ve teased you mercilessly in these pages, but you are always welcome to smack me back either here or in person.