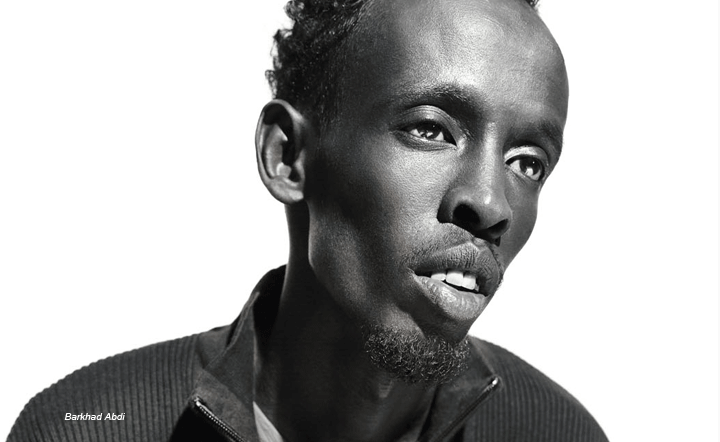 Based on the true story of the MV Maersk Alabama’s hijacking in 2009 off the coast of Somalia, Captain Phillips is already generating controversy for overlooking the eponymous hero’s most egregious mistake: he ignored warnings by the US Maritime Administration to stay at least six hundred nautical miles off the coast of a basically anarchic country ruled by warlords seeking to enrich their war chests in one of the few ways they could, by hijacking the seafaring wealth of the developed world and demanding ransom for both cargo and crew. Lawsuits that are being brought by the crew of the Alabama claim that Captain Phillips brought his vessel within easy reach of pirates by sailing just two hundred and forty nmi off the peril-infested coast, allegedly in an attempt to save money. While I’m not conversant with the particulars of the lawsuits, much less the compensation structure of Maersk employees, it is reasonable to assume that a captain of a ship might receive a bonus for saving time and fuel, as do captains of certain airlines. This controversy is minor and can be overlooked — no film based on a book or a true story can be completely faithful if it is to be any good — as can other tweaks to the actual events, namely that in real life the crew took one of the pirates and held him hostage in an attempt to exchange him for Captain Phillips, who had already become entrapped in the lifeboat with the pirates. This attempted hostage exchange took twelve hours, but in the film lasts maybe two minutes, and the sequence of actions is collapsed to become the catalyst of Phillips’ entrapment rather than a parallel event.

I don’t agree with the decision to Hollywoodize the real story by removing Phillips’ mistake. From the standpoint of classical drama, a tragic mistake in the name of greed would have boosted the captain’s character arc and lifted the story along with it. But this is Tom Hanks and, like John Wayne before him, he cannot be vested with as deep a cardinal sin as greed. His halo must remain untarnished, and that’s a shame.

In many ways this film reminded me of Sidney Lumet’s 1975 real-life hostage drama Dog Day Afternoon, starring Al Pacino. Of course, that classic would have trouble getting made today; for a start, the hero’s tragic flaws aren’t swept under the carpet in the erroneous belief that the audience doesn’t want to see them — on the contrary, they are underscored and pitched to Pacino to knock out of the ballpark with that layered virtuosity that Hanks doesn’t have, but doesn’t really need, either.

Unlike Lumet, Greengrass is no auteur filmmaker, but he is highly skilled and delivers a superior Hollywood product from a technical standpoint. He’s interchangeable with Ron Howard and a number of other studio-approved directors in that respect. There is nothing wrong with that. Like Howard, he knows how to plunge you into a story quickly, engage you and then ratchet the tension, in this case with intense shots by cinematographer Barry Ackroyd (The Hurt Locker) sewn together with equally kinetic editing by Christopher Rouse. Hanks is innocuous and anodyne, true, but he’s likable, smart, and makes solid decisions. While I would rather a more complex, darker character, the fact is Hanks is the perfect casting for the real Captain Rich Phillips, both physically and temperamentally — it would be inauthentic to have another actor play him. As the film illustrates in the brief opening sequence that juxtaposes the lives of Phillips in the States and Muse in the badlands of Somalia, this captain isn’t the hardened old salt from a deep-sea fishing trawler in something like The Perfect Storm; rather, he’s a middle-management corporate drone, a glorified trucker. In fact, those first scenes stateside leave you wondering how much more trite they could be, but when we are then thrust into the alarming chaos of a Somali fishing village you get the point: In one corner, representing the core of American middle-class aspiration and lifestyle, is Captain Phillips; in the other, the malnourished pirate Muse, forced by both wretchedness and ambition to take a decidedly un-drone-like job, clocking in every day and venturing out on the perilous ocean in a barely seaworthy skiff with a handful of equally half-staved men to attack cargo ships many times the skiff’s size. It’s a Sisyphean battle between David and Goliath with David as the bad guy.

And what seems banal to us is exotic to an almost fantastical degree to the Somalis. When Muse talks about his dream of driving a Mercedes in Manhattan, you snort with derision. He’s already been identified by the US Government, so there’s no chance he’ll breach US borders even if by some miracle he dodges that platoon of Navy Seals and three warships, makes landfall in Somalia and gets away with. But driving a Mercedes in Manhattan? We know that grown-up urchin would be lucky to scrape gum off subway platforms. What sort of a world is he living in?

Personally, I would like to have seen more about the conditions in Somalia at the time this incident took place. The country is apparently getting somewhat better under the current internationally backed government that was set up in 2012. But in 2009, Somalia — once the Land of Punt the ancient Egyptians so coveted — was coming on nearly twenty years of a dystopian reality so bleak even the grimmest sci-fi writer would hesitate to describe it for fear of seeming too over the top. But mine is a macabre fascination; the film in no way suffers for not lingering on the horrific world Muse inhabits — his revolting, yellow-slime teeth, his jaundiced eyes, his zombie-thin physique are all the information we need for how opposite his world is to ours.

Greengrass gets top marks on directing the performances, even if he is often cheating by enhancing the neophyte actors with confusing handheld camerawork, inserts and quick cuts; however, that’s valid technique in filmmaking. Abdi in particular is guided to an inscrutable expression that belies his true feelings and makes his actions hard to anticipate. That same expression often contradicts what his actions ultimately are, which in turn adds an odd sort of sympathy to the sociopathic Muse.

It’s clear that dramas are back in theaters with a roar — whew! What a remarkable awards season it has been so far, and we’re only a few weeks into it. I’m reluctant to call any nominations at this point with absolute confidence, but I wouldn’t be surprised if Hanks is nominated, and perhaps Abdi as well — he’s the sort of exotic trophy the Academy likes to honor. (The only likely certitude in the Best Actor category is Robert Redford for All Is Lost, which I have yet to see.)

Captain Phillips is this year’s Argo, a true story about American heroism in a hostage crisis that has been tweaked to meet both the cinematic format (necessary) and Hollywood risk-mitigating standards (unnecessary). It is also somewhat Zero Dark Thirty, except the ninja Navy Seals here are craftier, subtler, and devoid of the cliché American military braggadocio dialogue that was so annoying in ZDT. For this reason, Captain Phillips is unlikely to make it to the podium — in terms of films released so far that will be Gravity — although a Best Picture nomination is likely.