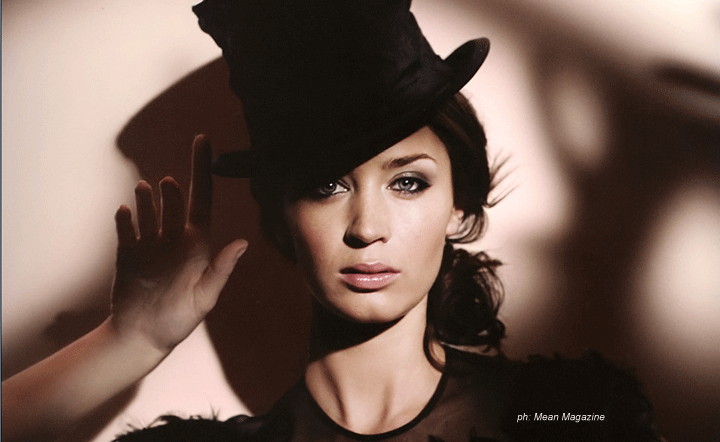 If the Hollywood blockbuster were baby formula, then Tom Cruise’s face would be on the jar. Doug Liman’s Edge of Tomorrow is probably the apex of that Cruisy formula; you name it, it’s in it: Groundhog Day, Saving Private Ryan, X-Men, Robocop, War of the Worlds, Mission: Impossible, Stripes, G.I. Joe, Alien, Looper, et al. And you know what? Just as applesauce is really delicious every now and then, especially when you’re stoned, Edge of Tomorrow is a hell of a lot of fun.

There I go again: I mention ‘cruisy’ and I get all tabloid humor about Tom. I’ve also got L.A. Pride kicking off down the street, and the boom-boom wailing diva bad house music is shaking the hill I live on and infecting me with more gay than usual. So indulge me while I veer completely off topic in a pimply puerile Reddit way to note this: Why is Cher the only woman who counts Cruisy as one of her top five best lovers?

Cruisy plays Major Cage, an army PR guy who is so successful in recruiting millions of soldiers for the world war against invading aliens known as Mimics (a nod to Nazi conformity) that he is rewarded by being sent to the frontlines of an exact replica of the World War II D-Day Normandy Beach invasion, except now the landing craft are airborne.

That is the first major, colossal, HUMUNGOUS plot hole. What leader of an army in the history of mankind would do such a thing for absolutely no reason whatsoever? Wait, is it because troops will be inspired by that recognizable talking head from CNN fighting in the front lines? Then why do neither the grunts Cruisy is deployed with nor his new sergeant recognize him?

I carried this plot hole with me the entire film, convinced that it would be given some legitimate reason when the looping narrative inevitably looped back to the porcine general who threw Cruisy into the brig for no reason to begin with. But, no, it is never explained. Cruisy’s good deeds are punished simply on the whim of an apparent psychopath in charge of the entire western-front offensive. (We all know psychopaths control our world, so why fret about a legitimate reason?)

You know what? Again, I didn’t care about it by the end of the movie; it was all about the journey. And we know by now that time-travel stories are as porous as sloppy knitting, so shut up and wear the sweater that Aunt Cruisy made you with the kindness of his heart.

Cruisy’s female cohort and apparent love interest — with whom he has zero chemistry, per usual — is Rita, the Angel of Verdun, played with restrained, sweaty, sinewy ferocity by Emily Blunt. Also a spokesperson for the defense against the alien Nazi invasion of Europe, Rita is nicknamed the “Full Metal Bitch,” a reference to the Robocop-like power suit soldiers now wear into battle, which she pioneered in the first victory of the war, the Second Battle of Verdun — yes, a reference to the eleven-month World War I battle between Germany and France. (Getting world wars confused? Never mind: Keep knitting.)

Like Cruisy, Rita had a run-in with one of the “Alpha” Mimics, who infected her with the ability to reset time, an ability she has since lost. Thank God Cruisy has it! Pity he can’t fight for shit. Thankfully, Rita’s there to train him up and shoot him in the head to reset him every time he fucks up.

The first half of the second act is like watching someone playing a video game, but with funny bits sprinkled about like bacos at a fast-food all-you-eat salad buffet. Cruisy makes it to a certain level, wipes out, is shot in the head (always off camera; Cruisy can’t actually die, ever) by full-metal Rita or killed by the Mimics (again implied death), and resets. Like any gamer, he remembers where the monsters and obstacles are after each wipeout. By the midpoint, just before you’ve had enough of being an objective witness to a middle-aged teenager’s evolution on Call of Duty, everyone gets the point, and Cruisy’s evolution becomes a given in the plot. That’s when the script gets its groove on and shakes a pretty feather — until the lame climax sequence, that is, in which [SPOILER!] Cruisy swims into a blue vagina sunflower-thing the size of a Louvre and blows it up. So fitting.

The aliens themselves are bundles of super-hyperactive tumbleweed that might as well be product placement for Time Warner with all those cables and wires thrashing around. And they are that menacing, meaning not at all, unless you feel threatened by Time Warner. We all know that if you want a truly terrifying alien, it has to be up close and personal. We need to see detail. We need that bitch dripping acid, baring fangs inches from the hero’s face. Oversized, irradiated tribbles that are moving so fast you can’t follow them are visually ticklish. They’re cockroaches on meth. Swat. Splat. Squish.

For all of its references to so many movies and historical events, Liman manages to keep it fresh and reasonably inventive. I chuckled a few times. Others in the audience laughed out loud (mainly at the Stripes part of it). They’re the same ones who clapped at the end, and there were a few of them.

Cruisy has another hit on his hands. Good for him. Still, I have this feeling Blunt isn’t going to name him one of her top-five lovers in this lifetime.