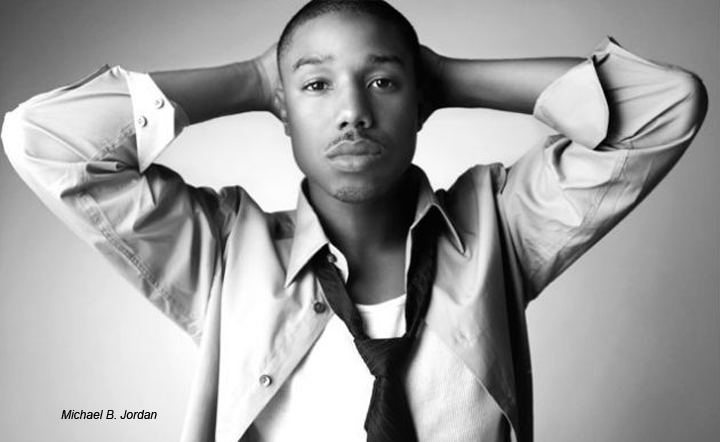 I don’t know whether Harvey Weinstein, whose company is distributing Fruitvale Station, timed its release to coincide with George Zimmerman’s trial over the shooting of Trayvon Martin. It’s certainly a fortuitous coincidence, although I’m not sure how much the trial would sell a film about similar circumstances, the unnecessary killing of an unarmed young black man. I would simply call it art imitating life, even if in this case the art itself is based on real life.

There has been so much written about this film since it won the Grand Jury Prize at Sundance this year that it almost feels weighted down with too much expectation to seduce me as much as it might have had I known nothing about it going in. While I thought it was finer filmmaking than last year’s similarly hyped Beasts of the Southern Wild, it met the expectations I took away from the trailer rather than the breathless hype in the media: that it’s a festival film with modest ambitions about a controversial real-life story that in the end isn’t told with broad enough scope to sustain a feature film.

Like Beasts, a lot of the hype is due to the extreme youth of the film’s writer-director, with Ryan Coogler stepping into the wunderkind role Behn Zeitlin filled last year. That Coogler’s script was developed at Sundance Labs and the film produced by Forest Whitaker, and bolstered by seasoned key crew from other indie hits — notably cinematographer Rachel Morrison — has certainly helped push Fruitvale beyond what it should have been, an accomplished film school graduate thesis.

Fruitvale opens with camera-phone footage of the shooting of twenty-two-year-old Oscar Grant at the hands of BART policeman Johannes Mehserle in the early hours of New Years Day, 2009. After this jarring intro, the story retraces Oscar’s last day, painting the portrait of a young man who is a loving father, a dutiful son, a boyfriend struggling to overcome temptations and perhaps marry his girlfriend, and an ex-con desperately in search of employment so he can keep on the straight and narrow. As much as Fruitvale feels like hagiography at times, and perhaps it is, there seems little doubt that Oscar was a great guy who was a victim of racial profiling gone horribly wrong — Mehserle thought he was reaching for his taser when he pulled his gun instead and shot Oscar in the back. The recreation of events and the accounts of witnesses who heard the officer say, “Get back, I’m gonna tase him!” would seem to bear this out. It would also seem too strange for Mehserle to have carried out a summary execution, as some claim, with so many people around for no apparent reason. That the cop has an Afrikaans name and looks like a blond Boer just stepped off the farm could be thought of as reverse racial profiling; had he been black, perhaps his claim of a tasing gone awry might be accepted without as much question.

While not strictly speaking cinema vérité, Fruitvale is certainly shot in a vérité objective-camera style, and that is a wise decision for a number of reasons. Coogler’s most effective scenes are the more chaotic ones, with three or more people speaking at once, or tracking the complex movements of two or more people. That in itself is ballsy directing for a first timer, and he pulls it off beautifully.

Oddly, the more static scenes, particularly two with his mother, played by Octavia Spencer, are weaker, both in terms of the obvious dialogue and the rather flat way the actors are directed. Having said that, the over-the-shoulder two shot is probably the most boring of filmmaking angles, but the most necessary in stories like this, and therefore the most challenging to pull off well; Coogler has a bit of work to do with this technique if he intends to continue with this sort of dialogue-heavy drama. Another issue is the mistimed pulled focus in a number of sequences, namely in the car with Oscar and his girlfriend when they’re driving home from mom’s birthday dinner. This cranky pulled focus happens so often it must be a stylistic decision, but it’s one I found rather annoying. The not-very-subtle exploration of cause and effect — had Oscar not had that conversation with the girl in the grocery store, maybe she wouldn’t have called out his name on the train; had Oscar’s mother not insisted he take the train, perhaps he wouldn’t have been on the train in the first place — is the most interesting device and one I would have liked to see explored further. In fact, I would have gone so far as to try to make this film from two points of view and included Mehserle’s as well; after all, the film begins with both men. I say “try to” because I can’t make that judgment call: I don’t know how interesting the cop’s life was, but if Oscar’s is deemed worthy of sustaining a feature, then I’m sure something could have been gleaned from his killer’s, too. If the film begins with a fatal interaction between two men, why not make it about both?

Coogler’s deft use of sound design boosts the chaotic scenes as well as the quieter ones. He also has an admirably light touch with the performances — the actors almost seem to improvise, adding credence to the vérité style. Ariana Neal as the daughter deserves particular mention; compare her to Quvenzhané Wallis and you’ll begin to understand the issues I had with Beasts. But does Michael B. Jordan’s performance as Oscar deserve an Oscar, as so many critics are saying? Not from my perspective, although it does have moments of nuance, particularly when he moves from impassive to enraged in three seconds flat.

Would I have seen this film had it not been boosted by all the hype? Probably not. In that respect I do give credit to Harvey and his Amazing Marketing Machine. Having said that, the film does explore meaningful issues in a reasonably objective way. Personally, had I been caught in the situation that Oscar found himself in moments prior to his shooting, I would have acquiesced and waited for things to calm down. But it’s unlikely that as a middle-class white man I would ever have found myself in that situation, even as an angry young man — indeed, in my few brushes with the law, I’ve always diffused the tension quickly by being glib and charming the thug in charge. That is the unintentional point of seeing this film for anyone like me: it forced me to spend an hour and a half in this boy’s shoes. In terms of putting us there, both Coogler and Jordan have done an extraordinary job, so much so the middle-class white man seated behind me sobbed all the way through the credits. That right there is effective filmmaking.