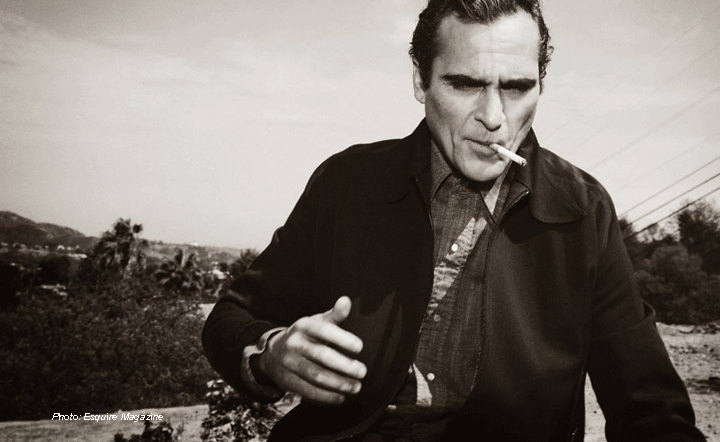 Every year since I started reviewing films there seems to be one Oscar contender the majority of critics fall over themselves like drunken Magi to adore that I just don’t get. In 2011 it was The Artist. In 2012, Beasts of the Southern Wild, a.k.a. ‘that bathtub movie.’ This year it’s Spike Jonze’s Her.

Let me state clearly that I’m nowhere near as apoplectic about Her’s acclaim as I was about the other two bugaboos. It’s a sweet film with lots to love about the story, its characters and its message — if I didn’t think that I’d be a psychopath. And it is ever so exquisitely made.

I’ve struggled with why I am not in line with other reviewers. I saw this film at a screening a few weeks ago, so I’ve had more time than usual to think about it. I’ve also had time to watch the big critics’ top-ten lists come out with Her on almost every one, meaning it is bound to be nominated for Best Picture. (I’m not fond of lists. When someone asks me what my top films of all time are, my mind becomes confused, impressionistic mush resembling a Jackson Pollock painting. I can’t extract a single film from the thousands I have seen over my lifetime that can satisfy that question.) The top reason I came up with — and it lasted all of fifteen minutes — is this is such a firmly straight-person’s movie that I am unable to identify with it. It’s so straight it’s a chick flick, the ultimate date movie for women and emo hipster men; in that respect, Jonze has successfully ported into the current urban gestalt of both sexes between the ages of twenty and forty-five. But that’s a ridiculous reason; a large percentage of my own work is emo chick flicks or books. I mostly write for women, in fact, and sensitive men both straight and gay.

However, I do not make dramatic payoff subservient to lyrical-intellectual meditation the way Jonze has with this piece, just as he did in Where the Wild Things Are, a feature-length music video again targeting emo hipsters whose personal anthems are any number of Arcade Fire songs.

Her is Jonze’s response and a companion piece to his ex-wife Sophia Coppola’s break-out hit Lost in Translation, a pretty, flimsy movie itself, also featuring Scarlett Johansson. I would say that Her has more marrow to it, and meat. I suppose an argument can be made that gorgeous, contemplative images that are created for the sake of nothing but themselves and a languidly sexy trailer can constitute a legitimate part of a narrative film; we cannot dismiss the prose poem as not being literature, either. But I cannot put Her on the same list as American Hustle or even the even more lyrical and visually arresting Gravity — I spent more time admiring the scenery and the music than I did engaged in the drama.

“Spike Jonze is the most important visualist of our time,” another important Hollywood director said to me during a script meeting just after Being John Malkovich came out. This director is himself known for a powerful visual style, so this was high praise indeed. I didn’t get what he meant for a long time, but began to see it with Adaptation, and then that wonderful Fatboy Slim video for “Weapon of Choice” with a deadpan Christopher Walken dancing came out and it instantly became one of my top-ten music videos of all time. (Ack. A list. Yeah, well.) Walken dancing on the walls in “Weapon of Choice.”

So I get it: Jonze loves his music, loves his exciting, fresh, stunning camerawork. He’s a fun-loving skateboarder, lovably one of the guys (one of the Jackass guys to be precise), as far removed from the comical-but-dangerous American performativity of masculinity as a straight American male can get. But without his one-time collaborator Charlie Kaufman on script, he’s all quirk and emotion and little dramatic substance, and that’s his Achilles heel as far as Her is concerned: the plot is, well, a little boring, too one-note, and that makes the film as anodyne and awash with sentimentality as the letters the hero ghostwrites for a living.

Everything you need to know about that plot and its probable resolution is laid out in the trailer, never a good sign. Joaquin Phoenix plays Theodore (such a cuddly, Teddy bear sort of name), a content writer in Los Angeles who is going though the last stages of a divorce with Catherine, played by Rooney Mara, a reasonable casting choice for Coppola. It’s the future, a relatively utopian one (Jonze agrees with me that society evolves and doesn’t regress), and an artificially intelligent, intuitive operating system has just dropped. Theodore’s new OS calls itself Samantha and has Scarlett Johansson’s voice, so it is emphatically a her replete with husky, Marilyn Monroe-like curves to her voice. They fall in love and try hard to coexist in this dimension, but that is impossible. The rest of the film explores the Brokeback Mountain of that impossibility. And Amy Adams is the neighbor with whom he should hook up, but they are both overlooking each other for the sake of an unattainable ideal.

As Her points out, and as many of us know, the computer can be both a sexualized object and the ultimate escape from reality. Since the dawn of the Internet, we have had cyber romances, unrealistic, non-corporeal relationships that are phenomena on their own in the sense that such a huge part of the relationship relies on idealized fantasy, fueled by a longing to be together that would more often than not be baseless were that fantasy to become incarnate. It is a digital-age version of the epistolary romance that flourished once postal systems became more efficient in the eighteenth century (I’m not a postal-system historian, so it might be earlier than that). As a dreamy idealist who was onto this cyber romance thing in the early days of online dating, I’ve made a fool of myself plenty of times, seriously taken by at least a dozen fake guys over the years. But the power of my imagination was such that I was convinced they were real and that I was in love.

Jonze marries this notion of an idealized non-corporeal romance with the inevitable progress of technology towards an intuitive, auto-didactic operating system with the ability to experience our full range of emotions and then some. That is one of a few intellectually vigorous themes that he explores, another is the true nature of love itself. This unpedantic intellectualism is one of the stronger aspects of the film. Again, it would have been handled with more bounce and amusement by Charlie Kaufman, but Jonze holds his own as a writer nevertheless. In the future, it seems geeks have prevailed, and that’s not so bad. Men wear high-waisted tweed pants and play the ukulele. Best of all, content writers seem to make great money, enough to live in lavish high-rise apartments; obviously, things are going to turn around for us because right now we make about eight cents a word doing what Theodore does, writing copy for BeautifulHandwrittenLetters.com. Angelenos in particular will be reevaluating the prospect of living downtown. It appears that the attempts over decades to make that area of the city livable and exciting — it’s been the next place to live since I was a teen, but has never quite made it — will pay off handsomely. In the future, L.A. will look like a vast Lower Manhattan as that area of New York City is now. And that’s not an unreasonable projection, even if it will take a good hundred years to accomplish at the rate L.A. develops, by which time operating systems like Samantha will have already long been integrated into society.

If Jonze was the most important visualist in filmmaking over ten years ago, with Her he has reached an entirely pleasant, painterly maturity. The sets, the CGI cityscapes, the costumes, the details of the props are flawlessly stylish. The modernist pops of rusty orange here and there — so mid-century L.A. — speak of a well-thought-out palette worthy of Steve Jobs. In its technical execution and aesthetic, Her is a multifaceted jewel of high worth. Still, even if we were to judge films solely on their visual and technical merits, Her lags behind Gravity and American Hustle.

The performances are fine all around. Joaquin Phoenix has always been solid, with that puppy-dog face that women love, straight men aren’t threatened by and can identify with, but which most gay men are indifferent to. But to give Scarlett Johansson a nomination for her voiceover? Please, it’s not a serious consideration, merely a silly stunt on the part of Warner Brothers’ PR department.

Depending on your personal hipster quotient and on whom you’re dating, Her is a great night out, and might leave you with something to talk about afterward. I had little to say about it when I left the theater other than Jonze shouldn’t have abandoned the basics of dramatic conflict in favor of lyricism and intellectual flights of fancy. That’s why films like Gravity, American Hustle and even 12 Years a Slave work better for me and the guys I date. So it’s entirely a matter of personal preference; there is no doubt that Her is an admirable effort, so very beautiful. It just wouldn’t be on my top-ten list to see if I weren’t, as a reviewer, obliged to see every likely Oscar contender.