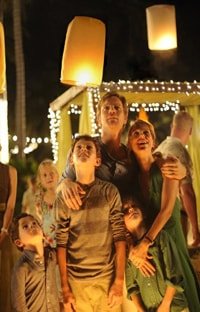 I squirmed through the first third of The Impossible and was on the verge of tears for most of the rest.  Director JA Bayona has a natural instinct for the language of film and its correct usage, an eye for detailed trauma, and the ability to believably recreate an experience that most people would not have survived, without resorting to gimmicky enhancements like 3D.  In that respect, he has trounced Ang Lee, whose Life of Pi fails to create a sense of believability—as I noted in my review of that film, it is shot too sharply, which renders the tiger too obviously CGI to be of any real threat to the boy; he’s battling a cartoon the whole time, which makes it too hard for someone like me to buy into the drama.

Indeed, Bayona’s recreation of the 2004 Southeast-Asian tsunami is tough stuff to sit through.  I wasn’t just crossing and uncrossing my legs during the first act, constantly reminding myself that the family survives this mother of all nightmares, but I found my hands clenching and heard myself muttering, “Jeeeesus!” a few times.  That’s a big naughty word for an orthodox atheist to use.

Bayona does one thing subtly and cleverly at the beginning of the film.  Just as Bill Clinton underscores points in his speeches by stating, “Now, listen to this, because this is very important,” Bayona takes the standard title sequence line “Based on a true story,” and lets the last two words linger after the others have faded out, so that they sear into your senses.  Those two words are what then make this film what I called “the most effective, poignant disaster film ever made.”  Yes, even more so than the original Poseidon Adventure because it is a True Story.  This could have happened to you or me, and if you lived in Europe during the time it happened, as I did, chances are you know someone directly or tangentially who was affected by the disaster.

Americans tend not to go on vacation to Southeast Asia, a point that is subtly made in the film by the conspicuous lack of Yanks.  However, the filmmakers have also chosen to take a swipe at what they perceive as American self-centeredness and lack of generosity of spirit in a quick moment when Ewan McGregor’s character, Henry, is denied the use of a cell phone by a Yank (overweight, of course) who has one but wants to conserve power.  A Spaniard later generously and selflessly loans Henry his phone.  Whether or not this actually happened, this sort of seemingly gratuitous anti-Americanism, which I grew up pummeled with on a daily basis as an American raised in Italy—to the point that by the time I was eleven, I hated my people for making me the subject of such intense reverse bullying—is really tired and so very trite.  Mr. Bayona, do you know what sort of American goes on vacation in Thailand?  Not our basic rube, sorry.  Quite the opposite.  This is the sort of glitch in the film that, I believe, will affect the film’s box office take in this country.  And in that respect, I have no sympathy for the filmmakers.

I loved Bayona’s The Orphanage.  I thought it was elegant, beautifully told, emotional in the right ways, the only sort of ‘horror’ film I can bear: the psychological kind.  It’s more of an updated classical ghost story than horror, a Tales From the Crypt rather than a slasher fright fest, more like The Shining than the Saw series.  It would have done much better at the box office here had it not been made in Bayona’s native Spanish, which is presumably why he and his team decided to make The Impossible in English, even if the real family that endured this ordeal was Spanish, and the film is financed in large part by regional and national Spanish film boards.  (Now you understand why the subtle dig at Americans v Spaniards isn’t so subtle after all.)

I was so taken by The Orphanage that I still remember a line from the end, which references Peter Pan: “Mira! Wendy se puso vieja!” (“Look how old Wendy’s become!”), which I still think to myself sometimes when I look in the mirror and see a middle-aged man rather than the kid still feel inside.

And that is the first failing of The Impossible: it’s a script with Latin/Hispanic sensibilities that I understand well, but which don’t transliterate into the restrained Nordic coolness of our Anglo ways and idiom.  It’s a level of melodrama that we see crashing through Almodóvar films—mostly successfully, sometimes not—which he and other Mediterranean directors can get away with, but which hampers this film for the English-speaking viewer.  There are also a couple of jarring delivery misfires by supporting cast that hit you in the face like bee-bee pellets and snap you out of the narrative rather unpleasantly from time to time during the last part of the film. 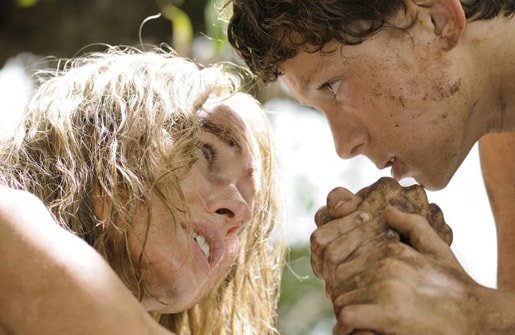 The other problem is Ewan McGregor.  As a corporate human resources person once told me, “The most heartbreaking thing is firing someone who has tried their best, but is simply unable to do the job.”  That is how I feel about ninety percent of what I’ve seen this man in since Trainspotting, a film I was passionate about. But to be honest McGregor was carried through it by the rush of Danny Boyle’s signature brand of kinetic, exuberant directing.  McGregor was good in The Pillow Book, too, but that was all about his penis, which is so enormous they were able to paint bold Chinese calligraphy on it.  Indeed, whenever he can get his todger out, he does (see Velvet Goldmine and Young Adam as well), and I don’t blame him: if I were blessed with one like that, I’d have an Oscar by now.

McGregor is simply not up to the level of sentiment required of him in a Spanish film made in English; he has a cheeky schoolboy face that makes him look like he’s going to burst out laughing at a fart joke at any minute, even when he’s crying.  The Impossible is an embarrassment of emotion for him.  Worst of all, he is so mercilessly outclassed by Naomi Watts—who has been rightfully nominated for her nuanced turn as the battered, courageous mother—that you question why this woman is married to this dweeb, much less purportedly still so in love with him.  It’s also just too hard to believe that McGregor is a successful businessman living in Tokyo with his family.  That she is a doctor is utterly credible, however.  The mismatch is so glaring that you feel McGregor is the stand-in for the real actor who should have played the part.  Hugh Jackman, maybe?

If we continue the comparison with Life of Pi, Watts’ portrayal of Maria turns her into a wounded tigress fighting for the survival of her son and her own life, as well as the hope that the rest of her family is still alive.  If you watch this film for no other reason, it’s to see Watts in the flawlessly executed, grueling tsunami sequence and its immediate aftermath, when she and her eldest son Lucas struggle to find help.  You’ll see what I mean by wounded tigress.  You cannot believe this woman didn’t die from the shock of her injuries.  And the sub-theme of the boy unable to look at his perfect, heroic mother so gravely wounded is one of the strongest pillars on which the film stands. 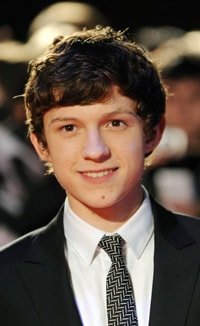 I have to take a moment here to trumpet a probable new star in the acting firmament, Tom Holland, who admirably plays the grumpy tween Lucas.  Yes, he could easily go the way of Jamie Bell, the child star of Billy Elliot who seems to have lost his way since that breakout role; Holland even looks a bit like Bell.  The fact they share the same agent at WME might also be a little disconcerting if I didn’t know that it’s more up to the way Holland himself will navigate the system and charm the directors and select the roles he plays than anything an agent who specializes in grooming child actors for adult stardom can do.

The story as told is regrettably too slight to carry a full feature film, but again this is the fault of the script, not the way the film is made.  This is a perfect example of how critical a great screenplay is to making a great film; had Bayona not had the hubris to use two Spanish writers, one of whom wrote The Orphanage, and had hired one of the better scribblers in Hollywood, or more ideally London, he might have pulled a Bravo out of me.

This is my kind of film, the drama I was weaned on in the 80s and 90s, what I set out to make myself: big canvas, human interest, intense drama, fine performances, gorgeous camerawork.  Again, this film worked more effectively for me than Life of Pi, forget That Bathtub Movie.  Still, it suffers from overwrought melodrama, the McGregor Problem, an anemic script, and three or four cringe-worthy minor roles that were simply miscast.  For those reasons, I’m going to downgrade it from what I thought I was going to give it during the first minutes of the film—a Wow—and award it a: