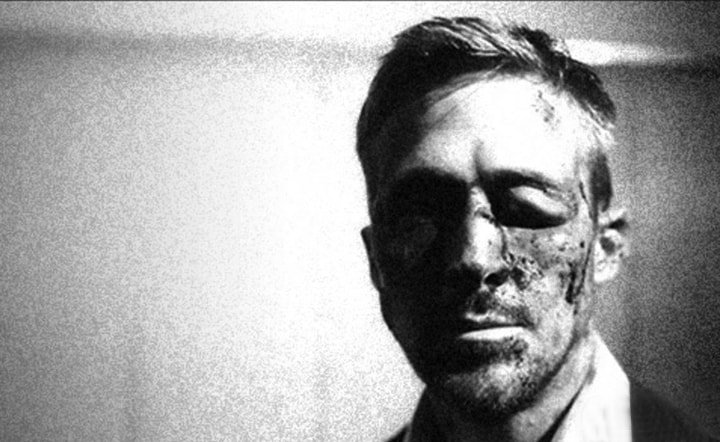 What do you do when you have a breakout hit the size of last year’s Drive combined with an ongoing creative partnership with one of Hollywood’s few daring and bankable young male stars? Do you team up with a Focus Features or a Fox Searchlight and take your bankable, daring young star to the next level with a Godfather or a Chinatown and build yourself up to being the next Scorsese?

If you’re Nicolas Winding Refn you make Only God Forgives, a sort of crime drama set in Bangkok with a total of about five pages of dialogue (half of them in Thai), with the tone of David Lynch’s Eraserhead by way of Andrei Tarkovsky’s Solaris as staged by Stanley Kubrick (the later years). But bizarrely and/or apologetically you dedicate it to willfully avant-garde 60s ‘master’ Alejandro Jodorowsky, whose work I find so annoying and meaningless that it makes my molars hurt just thinking about it, despite the fact we both apparently share a fondness for people with Downs Syndrome.

To quote a Swedish friend of mine, “The Danes are all super weird.” From Lars von Trier to Refn, I’ve got to hand it their filmmakers: they are the weirdest. And more often than not it works because they excel at being weird in a provocative and visually challenging way. If I were Refn I’d kiss Gosling in gratitude, too.

I don’t like reviewing true art-house films any more than blockbusters. I endeavor to take a Buddhist middle road: I like to be engaged and entertained and unaware of what I’m watching, which is extra difficult for a filmmaker because I’m constantly scanning the production details. Despite being firmly an art-house film, I forgive Only God Forgives for two reasons: it is about something intellectually appealing, and a great deal of thought has gone into every element of the film’s production, elevating it to fine art.

Ryan Gosling plays Julian, the drug-dealing owner of a Thai kickboxing club whose sadistic brother is bludgeoned to death by the father of a hooker the brother brutally murdered for no apparent reason. But having no apparent reason for sadism and murder seems to be one of the things this film is about. Why try to explain sociopathic behavior when there is no explanation? The story then follows a sequence of vendettas between the police and Julian’s family, headed by his mother, a Veronica Lake-wigged, Versace-appareled Kristin Scott Thomas sporting a mouth as sharp and shocking as the film’s extreme violence.

This being Refn, the violence is made all the more extreme because his graphic style is so painfully slow (full pun intended), although I am never bored by it, never want him to get a move on. I felt this even with his abstruse early film Valhalla Rising, and I didn’t end up liking that very much — I thought he lost steam and ideas at the end. And as much as I abhor the meaningless artifice of the blank expression, in the case of this director’s films I have to call it the meaningful art of inscrutability, to use one of Haruki Murakami’s favorite words (or his translator’s favorite). If you thought Gosling was inscrutable in Drive, this new venture makes that film look as histrionic as Legally Blond.

As with all auteur filmmakers who create a world distinctly theirs that is not part of the common contemporary filmmaking lexicon, it takes a while to connect with Refn’s way of staging and blocking. The actors are usually shot head on or in profile, walking through rooms or down corridors or sitting perfectly still in chairs, all with effortlessly natural, unemotional expressions. If you let them, they’ll seem nothing more than animated mannequins in the windows of department stores that aspire to be as cool as boutiques. But if you listen with your eyes, you’ll discover layers of meaning that in most ordinary dramas would be obscured by the distraction of performance and emotionality.

‘Boutique’ is a key word in the overall aesthetic of Only God Forgives. Beth Mickel, Refn’s production designer from Drive, has created interiors that might make Wong Kar-Wai wriggle with envy. It’s a glorious moment when the sets converge with the action to explain the past of the second male lead and tie the kickboxing device in with the overall story. The striking sets and high-styled characters are dramatically, poetically lit and shot by the not-very-prolific Larry Smith, who shot Kubrick’s Eyes Wide Shut and Refn’s hyper-kinetic mini-masterpiece Bronson, which launched Tom Hardy’s career.

Over all of this, floating like a butterfly, stinging like a bee, is Cliff Martinez’s original music. I confess to having driven around for weeks in L.A. with nothing but his soundtrack for Drive on repeat. There are moments in this film when the sets, the camera and the music converge in perfect harmony so that you feel you’re in the mouth of a dragon. Indeed, I have no idea why this film is called Only God Forgives. I would have called it something like In the Mouth of the Dragon. The word ‘meditative’ is often used to describe a slow-motion, trippy-scored, underplayed film like this because it evokes Zen monks facing a wall and emptying their minds of spicy tuna crunch rolls and seaweed salad (or that’s my impression of what they’re trying to detach from). But Only God Forgives turns out to be a true meditation on the Oedipal complex, in a layered and complex way; for Refn it’s more than just a boy’s desire to kill his father and sleep with his mother, it’s a labyrinthine dynamic between parents and children that is tenebrously lit in wounded colors, mined with the sort of dangerous passages and ambiguous rooms that form the structures of childhood nightmares.

Once the Oedipal allusion is made clear, then any accusation one can make that the film is pretentious disappears. If I were to film Sophocles’ Oedipus Rex in its purest form as it was originally staged in a Greek amphitheater — with masks, music, a chorus, platform shoes, declaiming performances — it would seems far more aloof, weird and inscrutable than Only God Forgives.

If you have an iron stomach for graphic gore and torture — there wasn’t a person in the audience at the screening I went to who didn’t literally squirm at some points — as well as a Freudian appreciation for intellectual cinema that is elegantly and superbly crafted, then see this. If not, a good spicy Thai meal might prove more satisfactory.