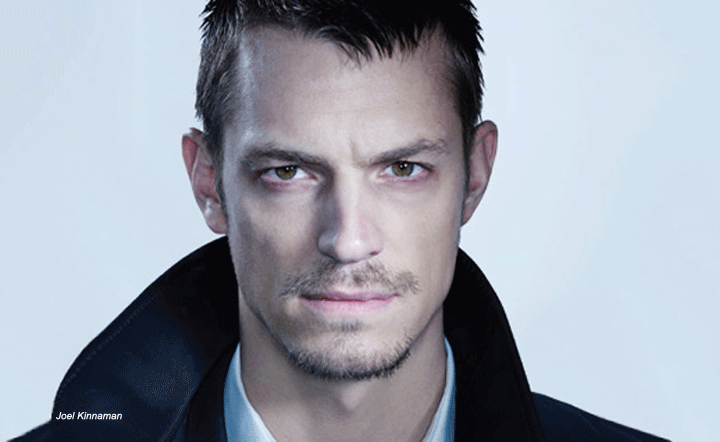 It’s unlikely that particular review survives. All that remains in my memory bank is impressionistic snapshots of the film, the feelings I had when I left the screening room. Prior to Robocop, the only superhero I’d ever had was Gandalf; many a broom handle was turned into a magical staff that smote seething balrogs and orcish hoards, accompanied by the appropriate incantations in High Elvish, of course. Now, a dozen years or so after my magical broom-staff had been broken by the balrogs of puberty and adolescence, my inner Gandalf buried beneath layers of embarrassment, Robocop seized my still-puerile imagination. I remember that after the screening I stomped around town in my signature big boots all night, jerking my head stiffly to the right, to the left, throatily barking, “You are under arrest,” in my best metallic monotone. (I would do something similar another dozen years or so later after I saw Requiem for a Dream and drove around Hollywood bellowing, “But I love how I look in the red dress!” and scaring the shit out of pedestrians. But that bit of needless esoterica should be for the intro of my review of Aronofsky’s forthcoming Noah.)

The reason Robocop is the most powerful superhero in my menagerie of characters is believability. He is completely possible. And the world he lives in isn’t just possible, the future Detroit that Verhoven envisioned is pretty much here. While advances in the technology of the fusion of organics with bionics aren’t yet at the level predicted in the 1987 version, we are getting there. But Detroit, where the story is set in both the old and new versions, is in arguably worse shape than the dystopian cityscape it was originally predicted to become. I didn’t come out of José Padilha’s remake stomping around behaving like a jerky robot. What was cute on a twenty-something wouldn’t work on a middle-aged man, even if I was wearing my heaviest boots last night. But I was pleased with what I saw, surprised that I’d enjoyed most aspects of the film almost as much as the first, which is saying a lot because this version doesn’t benefit from being something we’d never really seen before. Yes, there were badass part-human, part-robot characters before Robocop, like the Stormtroopers in Star Wars, but Verhoven went in close and detailed; he put me in Robocop’s suit, to the extent I couldn’t take it off me for hours afterwards. And that’s what helped make Robocop my realest superhero ever. (It also helps that I aspire to being an emotionless, compassionate, heavily armed sociopath.)

A lot of fuss is made about the original Robocop having been satire and this one taking itself too seriously, but just because Padilha’s version elicits a few less chuckles doesn’t mean it isn’t satire. Samuel L. Jackson bookends the story as a pro-robots Bill O’Reilly-type ‘newscaster,’ Pat Novak, who doesn’t so much as deliver the news as give his opinions about it — it’s propaganda at the service of special interest. Novak is inserted here and there to show the influence that big media and mega-corporations like the fictional robotics manufacturer Omnicorp have over the American political process. Novak’s big bugaboo, his personal Obamacare, is that robots are being successfully used by the U.S. to do its dirty work policing the entire world, but they cannot be used against our own bad guys.

Omnicorp (translation: “all companies”) needs to sway the political process in favor of having drones replace a human police force that is proven to be both too prone to mistakes as well as highly corruptible, particularly in the case of the Detroit Police Force. Omnicorp’s aim is to have a law forbidding the use of drones on American citizens repealed. If successful, they will tap into the $600 billion per annum that the U.S. market is worth.

Police officer Alex Murphy (Joel Kinnaman) is not one of those corrupt policemen. In trying to take down a local mobster who has infiltrated the ranks of the police department, he is severely wounded and thus becomes the perfect candidate for the fusion of organics and bionics that Omnicorp is looking for as a marketing tool to humanize robots and make them palatable for Americans and their pesky fixation on civil rights.

There are a number of themes at work here: America as the world’s de facto police force; corporate greed corrupting the political process; the abdication of journalistic responsibility by on-air newscasters; the decline of a once-noble manufacturing city and its rise again as the base for something more sinister; that city as a hub of criminal activity thanks to its decline; the question of a man who is mostly machine still being human and, if he isn’t, whether he can be owned as a company’s tangible asset. There are a few other subthemes afoot that I won’t list, but these are already far more than you average Marvel superhero movie. And that’s another reason Robocop appeals to me so much: it’s the cinematic equivalent of Brave New World. And isn’t positing philosophical questions what great science fiction is all about? (Okay, I’ll admit to exaggerating: it’s more on a level of Isaac Asimov’s I, Robot. Still.)

As I said to a fellow filmmaker last night, after the release of this Robocop there’s a Coke/Pepsi, Leno/Letterman preference dichotomy going on between the fans of the lanky Scandi hunk who speaks American better than you ever will:

Do you prefer Alexander Skarsgaard or Joel Kinnaman?

I’m a Kinnaman man myself. I don’t really get the attraction to Skarsgaard, whereas I would pay good money for a night of wanton debauchery with Kinnaman. It’s a difference that boils down to which of their TV shows you like better, Skarsgaard’s True Blood or Kinnaman’s The Killing. I can’t stand True Blood, but I howled plaintively into the starless night when The Killing was cancelled. Gary Oldman and ‘Omar Little’ are in it, too.

Kinnaman has this haunted, hungry, lupine face that is belied by the kindness of his eyes; you know that as long as you treat him right, feed him, scratch his belly, wolf-man Kinnaman will warm your cold nights and protect you with his entire being. In that respect, he is the perfect modern version of Peter Weller, the equally haunted-look actor who played the original Robocop. But Weller has no endearing side to him — he’s all gaunt and menace, no friend to children — whereas I need me a boyfriend like Kinnaman and the characters he plays. We can talk about adopting, too.

The script is the weakest link, but scripting is the Achilles’ heel of all studio films. In a case like this, a director like Padilha, shooting his first big-budget effects film, has little say in the content of the script. By the time he’s handed it to shoot, it has been worked over by several writers under the instruction of non-creative executives and producers. At that level, a studio-approved screenwriter isn’t so much a screenwriter as he is akin to a long-form copywriter at an advertising agency who is working under account executives instead of the creative director. Padilha would be able to change very little; if he did make changes, they were done subtly during the process.

Still, there is enough subtext and food for thought in this Robocop that you don’t mind the feebleness and predictability of the script. I also chuckled out loud three times, at Samuel L. Jackson’s Tarantino-esque performance and dialogue, of course.

Otherwise, Padilha has shown admirable chops in terms of being able to land a large, high-concept action movie gracefully. There is one shoot-‘em-up scene in particular in which he fluidly mixes film stocks and formats (I think that’s what he does — it’s cut together too fast to see precisely), as well as thermal imagery in two different colors, and numerous objective camera angles together with Robocop’s subjective angle. If the music were only a little less light metal rock and more badass electro, I’d say Padilha gives Danny Boyle a decent run for his money.

There are a couple of themes that I don’t agree with, that turn me off intellectually, namely the triumph of emotion over the cold, martinet logic of software, that the human ‘spirit’ can vanquish the hardened evils of machines. That’s a little gooey for me, inauthentic. But for the most part I thought the age-old struggle of good versus evil was rendered in a nuanced manner throughout; for instance, there is indeed a valid, strong argument for the use of drones in police work — in the case of the scenarios presented in the film, robots would remove the risk of harm to the good guys and eliminate human error. Robocop asks you to ponder that question and more, and gives you plenty of time and space to do so without the distraction of overdone action and explosions.

While I’m on the subject of emotions: Girls, why not catch something your man actually wants to see on Valentine’s Day? Why is it always the men doing something they don’t want to do, like watching completely unrealistic movies about everlasting love? Instead of seeing crap like Endless Love and Winter’s Tale, take him to see Robocop. If he doesn’t love it, he’ll at least have a great time. Unlike other superhero movies, some version of this stands a strong probability of happening eventually. Again, that was a huge part of the fun and appeal for me.

Woody Allen, Dylan Farrow and the Burdensome Proof of Memory