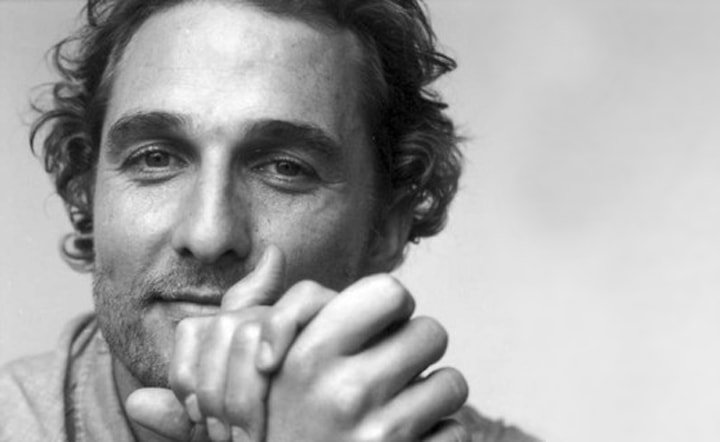 I will never forget the first time I heard about HIV/AIDS. I don’t think any gay man who was sexually active in the 80s can. For the generation before mine, it’s on a par with remembering where you were when you heard Kennedy was assassinated.

I was nineteen. It was a sunny autumn day in Paris, and I was lounging around naked with a French lover in my impossibly glamorous and charming duplex garret in the Marais, one of those weekends when you get stoned, have sex, eat, smoke, drink, have sex some more, lather, rinse, repeat. A friend call from New York in a panic and shattered the hedonistic bliss. “Have you heard about this gay cancer thing? They say everyone has it.”

That’s what the 80s were: sheer terror. It wasn’t ordinary fear. The grim reaper moved among us with his scythe, mowing down the young and the beautiful seemingly at random. And the death was hideous, horrific, like the worst images from the Nazi death camps but speckled with leech-like sarcomas.

I had a feeling Jean-Marc Vallée’s Dallas Buyers Club was going to plunge me back into that period, and for that reason I was reluctant to see it. But I also believe that stories set in times of great strife make the best dramas, especially when the hero must surmount incredible odds to survive. It was pretty clear from the trailer that this is not only an Oscar contender in a couple of categories that are already jammed with great prospects, it is also something of a watershed moment in Matthew McConaughey’s Amazing Renaissance.

In the sense that for two hours I did relive an unpleasant period of my youth, one that effectively robbed me of what should have been my most sexually active years (I made up for it abundantly later on), Vallée and his team have made an outstanding effort. The mood of the era is accurately evoked, the details are impeccable, right down to the unhealthy weight loss both McConaughey and co-star Jared Leto subjected themselves to.

However, this is no Philadelphia or Angeles in America. There is no moving Bruce Springsteen dirge that is going to be sung at the Oscars. Vallée and his writers, Melissa Wallack and Craig Borten, have willfully eschewed any melodrama and tear-wrenching pathos. In that sense, the film is fashionable, but I think it suffers for it: I didn’t just want to be reminded of the grim hideousness, I wanted to revisit the sadness, too, maybe mourn again. I didn’t. McConaughey plays a real-life reluctant hero, Ron Woodruff, a homophobic petty hustler, electrician and rodeo cowboy in Dallas who is informed he has full-blown AIDS and a month to live after he passes out at work one day. Ostracized by his trailer-trash community, he fights back — “Ain’t nothin’ in this world can kill Ron Woodruff in thirty days!” — and skirts the sluggish FDA to seek alternative treatments in other countries, which he sells in Dallas to desperate PWAs, as we called them then, People with AIDS. Along the way he teams up with Rayon, played by Leto, a tranny who is his conduit into the gay world that is wary of him, and bonds with his morally conflicted doctor, Eve Saks (Jennifer Garner).

The gay world’s rejection of Woodruff in the beginning is understandable: his brand of violent redneck homophobia is repellent, and McConaughey layers him with tight-lipped nuance reminiscent of an irritable dragon lizard. Part of my problem with the film is that McConaughey may have done too good a job evoking what a creep Woodruff was. I never liked him, and often wished the focus wasn’t on him. As I’ve said before, it’s very difficult for a film to succeed when you cannot identify with the hero. McConaughey looks desiccated, prickly and sweaty throughout the film, and it’s just too far from adorable Tom Hanks dying injustly. I wouldn’t have liked this guy in real life, and I didn’t like looking at him on screen.

It would have been better to show the story from Rayon’s perspective, but there’s no way they’d anchor a film even of this small size on an AIDS-riddled transvestite. (The budget was $5.5 million, and they definitely got their money’s worth.) Leto’s performance eclipses McConaughey’s, but that has a lot to do with their respective characters’ personalities, the fact that trannies get to say and do outlandish and endearing things that angry, homophobic cowboys can’t. Still, Woodruff is clearly meant to be charming, but that charm comes off as tinny, grating at times, whereas it looks like Leto is the one to beat for Best Supporting Actor. Yes, above Fassbender in 12 Years a Slave.

Despite some crackling dialogue, the script is wobbly and the film’s Achilles heel. Some of the problem is organic to the story; it fizzles in the second part of the second act and never recovers. It’s not good when the first act overshadows everything that comes after it, as is the case with Dallas Buyers Club. It’s also a failure on the part of the writers and director to build the requisite tension that could have made this a Silkwood or an Erin Brockovich, two other films that dealt with similar egregious institutional injustices tainted by conspiracy.

Another part of the problem is the fact that you can only pin so much of the blame for what happened on the FDA. Those were desperate times, but the US government in particular has it processes for a reason, and those reasons are to protect citizens, not deliberately inflict harm on them. Yes, pharmaceutical companies rushed to push the highly toxic AZT as a treatment and may have successfully lobbied the FDA to get it approved for AIDS treatment (I didn’t realize it had been around since 1964, and was therefore pre-approved), but I think any pharmaceutical company would have rushed any drug to market if it showed signs of hope, whether it was AZT or something else — they stood to make a huge profit from it. So in that regard, I found it hard to buy into Woodruff’s campaign again the FDA’s injustice. People were dying, they had a right to determine their own treatment, but that doesn’t mean drug regulation is a bad thing, or that Woodruff, the petty hustler turned “reluctant advocate” for AIDS patients’ rights, was doing righteous things. That sort of tortured premise and argument is something else that prevents the viewer from properly connecting with the hero and his plight.

I don’t believe this movie will be a Best Picture contender, but it’s also the type of film that many like but I don’t particularly care for. I’ve only seen one of Vallée’s earlier films, The Young Victoria, which I also found to be a bit tepid, maybe even lazy? On the other hand, there’s no lack of passion in the performances in Dallas Buyers Club, including Jennifer Garners’. But that one jarring continuity problem with an open and shut door behind McConaughey… and then that ham-fisted symbolism with the wonky painting finally set right when Dr. Saks decides the correct thing to do… it’s just not what I would call either stylish or effective filmmaking.