REVIEW: ‘The Amazing Spider‑Man 2’ Spins a… Oh, I Can’t Even Be Bothered to Think of a Clever Pun 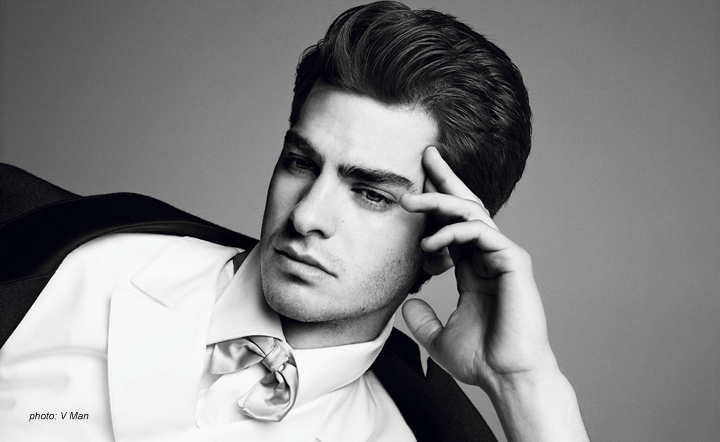 I only just noticed writing the title to this piece how appropriate your last name is to the Marvel franchise you have tried to reboot. The fact I didn’t notice the minute your name came up on the screen at the closing credits shows how little I care. Still, even if my mind was yawning, you affected my post-screening gym workout not one wit.

I do have to apologize for not seeing every frame of The Amazing Spider-Man 2. Having earlier been swimming, I got one of those sudden cardio-induced hunger attacks in the middle of the second act — I understand why Karl Lagerfeld advises not to exercise if you want to stay slim. I knew that with an unnecessary running time of nearly two and a half hours, and with a weightlifting session pending, I needed nourishment. Thankfully, the best thing about these color-by-numbers studio flicks is you know when there will be a lull in the action. What script formula did your seven writers apply to this? The eight-sequence structure?

Anyway, I was able to dip out for a mango jalapeño chicken sausage baguette with extra spicy mustard when Peter Parker (Andrew Garfield) and his aunt (Sally Field) were having a heartwarming talk about people with whom you had failed to connect me, despite having blown them away in a somewhat deft opening that was a somewhat deft homage to several James Bond openings.

The ‘extra spicy mustard’ doesn’t mean it was spicier; rather, there was more of it, almost as much of it as the sausage itself. I’m rather stupidly middle class, sometimes, and didn’t want to leave a fellow filmmaker’s opus too long unless I was walking out altogether; to your credit, the movie wasn’t that bad that I felt the urge to do that, unlike Transcendence. I dashed away from the concession stand without napkins. When I realized my omission it was too late: I was back in my seat. Once again, my middle-class shame forbade me from disturbing the twenty-four other audience members to go back for something to dab the flood of extra spicy mustard.

I deployed all of that stiff upper lip the Brits taught me and soldiered forth, wolfing it down before the smell of sausage and spicy mustard hit my fellow moviegoers. I had no choice but to do what many heroes with facial hair would do in that situation and let the excess mustard absorb slowly into my beard. I now reeked like a New York pretzel stand midsummer. Rad.

One of my favorite barflies is a professional celebrity wrangler who makes a great living as a commodities broker of names. A character unique to Hollywood, he appears regularly on celeb reality TV shows as the best friend she can’t live without. A typical drama of his is the one that happened a month ago, when he appeared on two reality shows simultaneously as the respective celeb’s best friend. No amount of reassurance on my part could convince him this wasn’t a disaster. No matter: He insisted on drowning his anxieties by buying me beer all night. He was quite anxious; we both got quite drunk.

When I told him I’d just been to see your movie, Mark, he could tell from the dead tone of my voice what I thought. He leaped to its defense, despite not having seen it. But he has seen it, hasn’t he? Who hasn’t?

The celeb wrangler is British and uses the filler “okay, right” continuously for emphasis. “I love blockbusters,” he said. “When I go to the movies, I want to see planes exploding in midair, wicked car chases, cities destroyed, okay, right? I don’t want some dreary, depressing drama that I have to think about, okay, right? I want fun, something to get excited about!”

I understand what he means, despite making depressing, thoughtful films myself. But “something to get excited about” isn’t your movie, Mark, no matter how you slice it.

Last Sunday I saw Gareth Evans’ The Raid 2, for instance. I am hard pressed to think of an action film that has ever affected me so deeply. The audience and I applauded four times during the dazzling second half, and I saw it at an art house with a mostly non-fanboy group. Also two and a half hours long, Evans’ film rarely lagged; if it did, it had a purpose beyond just giving the audience a pause between action sequences that was padded with contrived motivation and dialogue. Both the highly inventive fight sequences and the visual stylishness of The Raid 2 grabbed me by the collar and flung me around the theater. If Evans illustrates just what a hack Tarantino really is — okay, maybe he’s not a ‘hack’, but he’s not worthy of his status in American cinema — then I’m not sure what word is left for you, Mark. I will grant that not everything is crap. I chuckled once. I suffer from vertigo, so well done making me feel queasy a few times. You’ve got a flair for unusual camera angles, too, as well as for flares on the lens. In fact, the occasional attempts to bring a naturalism into play with the camerawork worked; there are three or four times in the action sequences when you draw us from the wide, cartoonish landscape into a more realistic world that the characters would be experiencing if they really were in such impossible scenarios — it’s the movies, right, so what’s wrong with false realism? Bring it on.

The 3D works against you. The guy sitting next to me went out to change his glasses three times before giving up and never coming back. (He wasn’t as middle class as I am and didn’t care about disturbing the audience.) To say that the 3D makes much of the imagery turbid is the least of its problems — your movie is no Gravity. It feels like Marvel twisted your arm over this. But thanks for making my mind up: I’m not seeing another movie in 3D unless it is another Gravity. Why the fuck am I wearing those clunky glasses I can never forget I’m wearing when they add nothing to the experience? I could use that extra $3.50 towards another mango jalapeño chicken sausage baguette.

The most effective element of your movie, Mark, is the casting, and I’m sure you’ve heard that over and over. With this performance, Andrew Garfield proves that he is the most Christlike of the better actors of his generation: he can rise above dead action and walk on watery dialogue. Emma Stone is her usual self, no acting necessary. Mark, you are very lucky that Stone and Garfield are in love in real life; their dynamic comes across on the screen in a palpable way, another one of those touches of realism that help support your uncreative live-action cartoon junk. It’s such a pity their dynamic is wasted on this; I hope the relationship lasts long enough to give us a Tracy and Hepburn collaboration in worthier fare.

It’s one of the unfairnesses of the movie world that The Raid 2 will only be shown in major cities when it should be given a greater screen saturation than The Amazing Spider-Man 2. If it were in English, it would be the sleeper hit of the year. Sadly, it’s in Indonesian with no white people in sight, which is just another testament to Gareth Evans’ ballsiness, to the singularity of his vision and passion.

Unfortunately, most moviegoers agree with my British barfly celeb wrangler about blockbusters, and that’s why they will continue being made. I had a moment of delusion leaving your film, Mark, and imagined a world where finally people demanded a certain level of entertainment from the studios that would stop them making this sort of overblown pabulum. Let them eat hotdogs all they want. I’ll stick to my chicken sausage baguette.