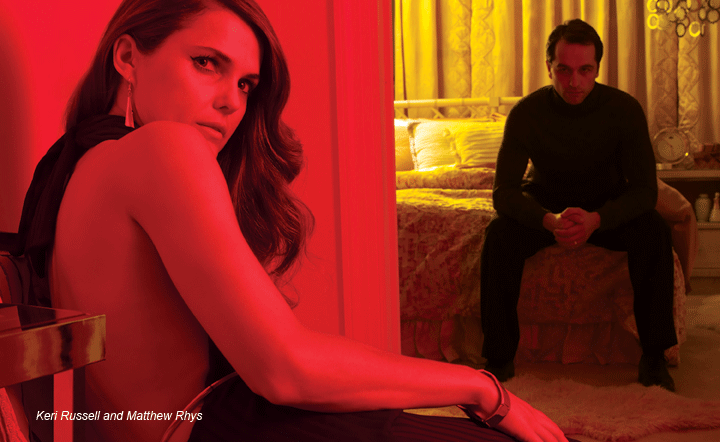 Cold-war paranoia and espionage have a particular significance for me because they are likely the real reason I spent my formative years in Italy.  That my father, a former army intelligence officer—who was in the late sixties a senior vice-president at one of the larger Madison Avenue ad agencies—had such a hankering to reform the landscape of Italian advertising that he would suddenly move his family from New York to Rome is an unlikely but credible story, but not the whole story, I suspect.

The fact is, the U.S. was terrified of losing France and Italy to the communists, and did everything to push back against it.  The Italians dubbed the 70s, when we lived there, the anni di piombo, the “Years of Lead,” for the sheer amount of violence and bloodshed that seemed to occur relentlessly.

I’m not saying the U.S. caused the Years of Lead.  The Italians engendered that quite well all by themselves, between the Red Brigade, the Mafia, a flagrantly corrupt government, an equally corrupt Vatican, and the turmoil between political factions that is the normal state of affairs in that country.  But meddle we did, and stirred up more that a few hornets’ nests there that we proved incapable of handling—a country in a near-constant state of anarchy is too bewildering for Americans to understand, much less manage. All of this is to say that, unlike most Americans for whom communists were a chimera of evil created by our politicians to increase the scale of our war machine, not tangible people they met every day, I knew lots of them; my haunt as a teen was Trastevere, a communist stronghold in Rome.  I also saw quite a number of fascists—my family lived in the Parioli neighborhood, which was the right-wing enclave of town.  As with all factions, particularly in Italy, you could spot a communist or a fascist by what he or she was wearing and drove: the former favored a carefully sloppy, long-haired hippy-ish look and drove Piaggo Boxer mopeds; the latter dressed like Italian versions of Teddy boys in suits and ties, rode Vespas and were inclined to hanging outside the Bar Hungaria in the center of Parioli singing the Horst-Wessel song, after which they would sieg heil, traumatizing those who didn’t have the fondest memories of World War II.  The fascists also liked to gang up on lone communists who strayed into their territory and beating them to death with chains, which may or may not have been the fate of communist filmmaker Pier Paolo Pasolini in 1975.

My family returned to the States in 1979 so that my father could work on the Republican campaign that swept Reagan and company into power.  This is also the time period during which the new series on FX, The Americans, takes place.  So it’s safe to say I feel quite familiar with this territory and the subject.

The set up for The Americans is fraught with tension from the start, and generally maintains an addictive sense of dread throughout the two-hour pilot that premiered this week.  Philip and Elizabeth Jennings, played by Matthew Rhys and Keri Russell, are husband-and-wife sleeper agents who have now been awakened when they are tasked with kidnapping a high-level KGB defector and repatriating him to Moscow.  They botch the job for reasons not that are not entirely their fault, which sets in motion a series of events that boxes them in almost helplessly.  We can look forward to the rest of the season to see how they will escape from that box, which is destined to become smaller and more claustrophobic with each episode.

Both rightly and wrongly, The Americans is being seen as FX’s answer to Homeland, and there are some similarities, foremost amongst which is the Washington, D.C. setting, the sleeper-agent device, and the fact you are forced to sympathize with the enemy right from the start.  I’ll need to see a few more episodes in order to gauge more accurately where this is going, but my instant reaction is that The Americans is the weaker stepsibling to Homeland.

The weakness is inherent in the socio-political landscape on which both shows operate: the Cold War was not nearly as threatening as the current hot one with Islamic extremists.  We know that it all ends up as much ado about nothing, something I suspected growing up in that era as the son of a relentlessly paranoid, probable covert operative in a foreign country that had as viable a communist threat as any, although Italian communism was hardly ever viable: it’s luxury for everyone, equally, a total joke.

Homeland has the advantage of real-life terrorist attacks—there was one yesterday at our embassy in Turkey—to fuel its believability and threat, not to mention the trauma of 9/11, which is woven into the title sequence as a reminder before every episode.  The sleeper-agent device that The Americans relies on is largely a favorite of spy fiction, and nothing more than fiction; it’s far easier just to send a real spy in than it is to wait twenty-odd years, as is the case in The Americans, for the possibility that a need for them will arise.  While a cell of Russian sleeper agents was busted in 2010, they don’t seem to have been a credible threat — they were swapped in a prisoner exchange in Vienna rather than standing trial for espionage in the U.S.

The series is going to have to rely on the dynamic between the husband and wife, one of whom is pondering defection, a nice, if expected, enhancement to the drama.

The main issue with any comparisons to the award-winning Homeland would seem to me that its creative team—the writers from 24, pretty much, and one of my favorite directors of TV drama, Michael Cuesta—is far stronger than The Americans, which is the relatively unseasoned writer Joseph Weisberg paired with midlevel feature film director Gavin O’Connor.  Not to mention that the cast on Homeland is higher wattage, too: if there is ever a case in point for the difference between film and TV actors, it is comparing Claire Danes and Damian Lewis with Keri Russell and Matthew Rhys. Russell does a fantastic impression of Ann Margret in the opening scene.

Gavin O’Connor is a very nice guy, a real guy’s guy, but for my money he has played it too safe with his choices.  If you compare his first breakout feature, Tumbleweeds, with Michael Cuesta’s harrowing debut L.I.E., which is about a fifteen-year-old’s relationship with a creepy middle-aged pedophile, you’ll instantly see what I mean.  Having said that, after his experience with Warriors, O’Connor certainly knows how to film a fight scene.  I even bought that Keri Russell could kick the shit out of a man twice her size, and that’s largely thanks to the camera angles and the editing, otherwise it simply wouldn’t work because she’s way too slight to be so badass with the ninja moves.

Russell is perfectly cast physically because she is the perfect American beauty of the early eighties, when Cheryl Tiegs and Christie Brinkley were the standard, a square-jawed, excessively wholesome look that would soon be rebelled against in favor of the more the androgynous, “interesting,” spiky features that defined the rest of the decade.  I also enjoyed her performance more than I thought I would from the trailer.  Still, I have a feeling the casting is off on this series, which might lead to its downfall.

All in all, I was engaged by The Americans and found it to be believable; it passed the litmus test of my aforementioned experience with the era and subject.  Although I wasn’t wowed by it, I’ll certainly give the next few episodes a gander to see how it develops.