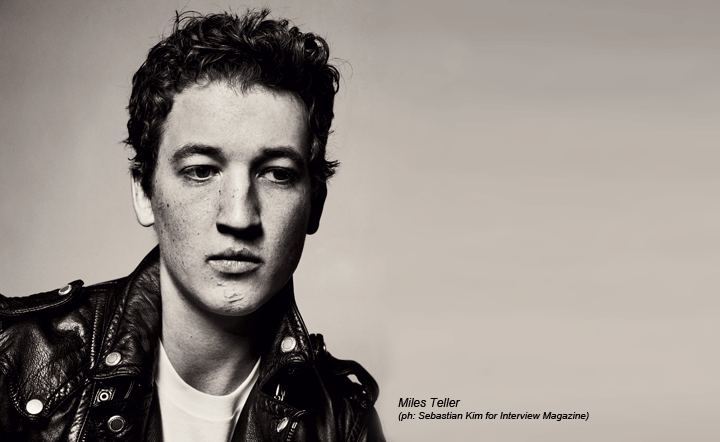 Call me an optimist, but I’m getting this surge of hopefulness that we’re seeing a return to psychological realism in dramatic feature films. I might very well be deluded by the fact that the indie films I’ve reviewed recently are coincidentally departing from the willfully quirky, contrived fare that became the mainstay for American movies emerging from the festival circuit over the past fifteen years or so. Even that progenitor of willfully quirky narrative, Woody Allen, dialed the silly way back for Blue Jasmine to delivered the finest movie I’ve ever seen of his. The other notable recent example of this new purity is Fruitvale Station.

Before I launch into my appraisal of James Ponsoldt’s The Spectacular Now, let me mention the unusual venue where I saw a screening of the film, Cinefamily on Fairfax Avenue in Hollywood. Talk about willfully quirky: the former Silent Movie Theater has been converted into a club for cinephiles that might be described as a hipster’s paradise were it located in Portland, OR, but this is Hollywood and it goes without saying that filmed entertainment of all kinds, no matter how outré, has always had at least a few devotees, so this is merely a merry, bizarre update of a longstanding tradition. Their mission statement:

The Cinefamily is a 501(c)(3) nonprofit organization of movie lovers devoted to finding and presenting interesting and unusual programs of exceptional, distinctive, weird and wonderful films.

At $300 per year for membership ($550 for couples), which in addition to unlimited screenings allows you access to the sofas that fill the front third of the theater and complimentary popcorn, I’d have to say this is worth it if you love the strange and the seldom seen. It’s a welcome addition to Hollywood recereational activities; basically all we do here at night is go for dinner, drink and see movies. I don’t laugh out loud at much, but I did all the way through the trailers for their upcoming screenings and events, or I was left thinking to myself, “I’d love to see that,” particularly in the case of the inventive Hungarian movie Final Cut — Ladies and Gentlemen, a love story composed entirely from four-second excerpts of classic films. Final Cut cannot be commercially released because of the mountain of rights issues, so the only place to see it is in film clubs like this. I wasn’t able to stay for the Q&A after the screening with James Ponsoldt, who is a member of Cinefamily and the reason the screening took place there; otherwise, as co-founder Hadrian Belove noted in his introduction, The Spectacular Now is too commercial for Cinefamily. One of the first things I would have assured Ponsoldt is that Belove’s assessment that the film is like “an after-school special” diminished the brightness of this gem unnecessarily, but I suppose Belove needed to apologize for its presence to the recherché club members. Network television has evolved, but it’s still a long way from delving into the type of truths Ponsoldt, his writers (Scott Neustadter and Michael Weber), and his cast explore.

The hero of the story is Sutter (Miles Teller), a preternaturally charming seventeen-year-old budding alcoholic. After blacking out on someone’s front lawn following a party, he meets Aimee (Shailene Woodley), an introverted girl in his class whom he’s never noticed. In order to get home, he enlists himself in helping Aimee with her paper route. He invites her to a party with the objective of making his ex jealous, and the unlikely pair fall in love, but things don’t quite go as expected in these types of stories, although they do unfold much as they would in real life. It is that unexpected way events progress that reminded Belove of an after-school special, for some reason — I get where he’s coming from, but… perhaps I haven’t watched as many after-school specials as that archivist of found footage and other esoterica, so I can’t agree or disagree. Again, for me it’s all about the psychological realism, which is the sturdy backbone of this film.

All aspiring actors — and even a few established ones — should study The Spectacular Now. Intentional or not, it is a showcase piece for the Meisner practitioner, an acting technique I strongly support. As Wikipedia sums up Meisner, “The technique emphasizes “moment-to-moment” spontaneity through communication with other actors in order to generate behavior that is truthful within imagined, fictional circumstances.” Watching Woodley and Teller’s often-breathtaking, Meisner-ish pas de deux makes up most of what is riveting this simple boy-meets-girl story; they tumble and play off each other with the hypnotic effect of a glorious waterfall. Carrying them along are the uncannily observed characterizations and soft-shoe dialogue by the writers.

Ponsoldt’s direction must be given credit as well, and I would shower it with adjectives similar to the ones I’ve just used for the actors and writers were it not for his bizarre choice of cinematography. Maybe it’s some lo-fi aesthetic I just don’t get, but after the first few shots I didn’t think I would make it for the whole film, so drab and unworthy of a theatrical release is the visual treatment. It’s that no-makeup look: most of the film seems as though it was shot using available light. Indeed, it’s hard to believe The Spectacular Now was filmed on 35 mm and not digital, and I don’t see the point of shooting on film in this day and age if you’re not going to make it gorgeous, no matter how suburban and mundane the setting. Then, towards the end of the second act, the visuals lurch into a moodier, more stylized aesthetic as if Ponsoldt had enough of the director of photography fucking things up and hired someone else to complete it. There are moments like this and they mostly all work.

Sutter is the archetypal tortured young man who masks his pain with glib seductiveness and numbs it with alcohol. Aside from his manifest talents as a performer, what Teller adds to the role is physical characteristics particular to him: He is strafed with delicate scars on his chin, neck and shoulders. They were so evocative of Sutter’s daredevil, troubled childhood that I wanted to know the backstory to these rake’s mementos — at first I thought it was a clever addition to the character by Ponsoldt and his makeup team, but it seems from pictures online that they belong to Teller in real life. Still, not covering them up was a good idea.

A lot of fuss is being made in the press about Woodley’s performance and how it heralds the era of a new teen star. It is entirely justified — she is so natural and lovable that she invokes clichés like “breath of fresh air,” a sunny counterpart to the dark roles her peer Jennifer Lawrence is more apt to play. In fact, The Spectacular Now could well be Woodley’s Winter’s Bone, although it is likely to have broader appeal than that depressed rural drama because of its teen-romance theme and necessary feel-good ending.

Actually, I’m not sure how necessary the feel-good ending is. On the one hand it doesn’t harm the film unduly and increases its chances of breaking out with the key teen demographic. On the other, it’s too pat and a little clunky, rather like a teacup ride at an amusement park juddering to a halt. A producer of mine put it succinctly the other day when we were pondering alternatives to wrap up one of my scripts: “Endings are so difficult.” It’s a challenge that Ponsoldt and his team don’t rise far enough to meet, but that doesn’t mean the film as a whole isn’t accomplished and engaging and well worth seeing.

Anxiety and the Creative Professional: 5 Ways to Cope