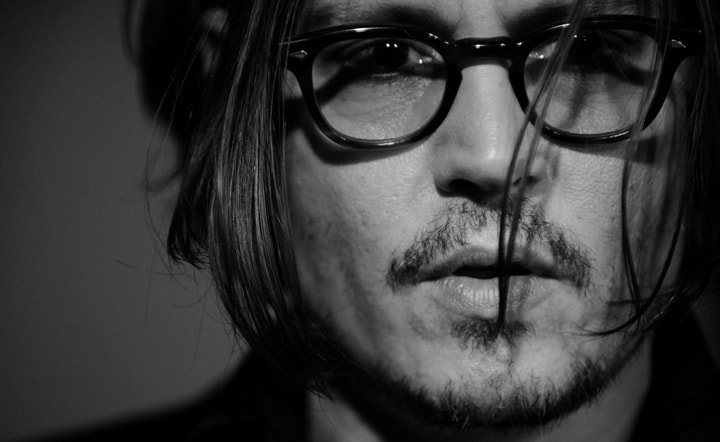 The problem certainly isn’t in the way the film looks. Pfister is Christopher Nolan’s DP; image is paramount. That is unfortunate because image is very much not what is paramount in a film, any more than the way a book is bound and printed is paramount to its plot and characterizations.

Moving from the camera department to directorial is one of the most difficult transitions, second only to art department; the easiest is from script or acting. The inclination to put imagery above narrative and performance means you’re trapping the audience in a gallery rather than in a theater lost in a drama. Nolan, who produced Transcendence, is one of those directors who has a great eye, appreciates a well-composed shot — on film, please, no icky digital; who cares if nobody can tell the difference any more? — but he is able to deliver walloping drama, searing entertainment from the first frame to the last. Nolan is successful because, however cinematography friendly he might be, the action, dialogue, characterizations and editing are never secondary to how it looks on the screen.

There is a lot of fault to be laid at the feet of first-time screenwriter, Jack Paglen. But I also know that it is the way he was directed to write; the concept is strong, the plot somewhat smart, but Paglen has been guided by someone who has no innate sense of how a story should flow. Ugh. I feel for the guy. I hope he didn’t spend too much time huddled in a corner sobbing over the injustices of the film business. I would have, especially on my debut feature as a writer.

Of course, Pfister selecting a tyro writer for his own debut feature is pure hubris that shows an almost contemptuous attitude toward the importance of the script in the filmmaking process. This isn’t the script department throwing eggs at the camera department — I love you guys, you know I do, even when you try to jack the below-the-line portion of the budget to two or three times what it should be (and it’s always you who do that). Mine is an honest assessment, constructive criticism. Wally, if after this experience you don’t get that a solid script is seventy-five percent of a great film, then you need to step back, wait a few years, watch Transcendence again and review your script notes.

The story follows a couple, Will and Evelyn Caster (Johnny Depp and Rebecca Hall), both scientists, who become victims of mass assassinations of scientists and programmers working to develop an artificial intelligence that can mimic human consciousness. Will Caster is grazed by a bullet with radioactive poisoning that gives him a month to live, just enough time to upload his mind into a machine. The machine takes over the planet; the government teams up with the terrorists to try to stop it. And then confusion, and ho hum, and why am I watching this? No, you have to stay to the end or you won’t have a review and there will only be one post up this week on the website, and it’s BDSM erotica. Damn it!

The reason you know Paglen was forced way off course is in the clunky, stop-and-start editing. Again, image is placed over pacing and common sense.

Understanding editing is hard. It’s mysterious because it’s an ethereal skill innate to the editor and director, the two of them working together as tango partners. Whenever I think of people who have problems understanding editing, I am reminded of my wooden stepfather trying to snap his fingers to the rhythm of a complex jazz piece and failing to grasp the beat, a shame because jazz is his primary passion.

I was talking about the editing process with a thirteen-year-old cinema geek the other day, whose current ambition is to go into post-production when he grows up (clever bunny who shall go far). “Do you know how to dance?” I asked him.

“Then you’re more than halfway there. Keep practicing your moves.”

By now Johnny Depp is half-past interesting, killing his filmography with junk. How many more studio paychecks does he need? He seems like such a cool guy, but his creative spirit must have been shot through the head when Hunter S. Thompson killed himself. Depp’s last attempt at interesting, a mess based on Thompson’s The Rum Diary, bordered on amateur. But I should face the fact Depp is no Philip Seymour Hoffman; yet I just so want him to be. The truth is he’s a rather bland pretty boy who was made interesting by Thompson and Tim Burton and Terry Gilliam, and his exquisite choice of women.

However, Depp is given a hall pass for this, as are all the cast. If script and editing are buried under the concern for great photographic composition, then forget performance. I have to hand it to Pfister: I do not remember seeing a film outside a student short-film program where all of the performances are the same. The bad guys are as menacing as the good guys. These aren’t actors, they’re talking models in a live-action photo shoot. Paul Bettany as the conflicted scientist who is kidnapped by the eco-terrorists (or whatever they are) and won over in some form of Stockholm Syndrome (or whatever it is) is alone in trying to break free from the shackles of this Borg-like uniformity of performance. Pfister would have done well to take a rather obvious cue from Christopher Nolan and create a colorful, memorable nemesis like Heath Ledger’s Joker or Tom Hardy’s Bane. But the sort-of-villain Bree (Kate Mara) is no different from the sort-of-heroine Evelyn. And giving Morgan Freeman cardboard dialogue coupled with bland action and a request for flat delivery is using a Rolls Royce as a golf cart.

Unless you’re a DP or in someway associated with cinematography, there is no need to waste money or time seeing this. However, if you are in the cinematography world and have ambitions to direct, then you must see Transcendence. Take it as a cautionary tale, learn from Pfister’s mistakes. No matter the wattage of your cast, no matter who is producing for you, at the end of the day good directing relies on your good decisions. Transcendence is a parade of bad ones.

Story of S: Ascent Into Domination