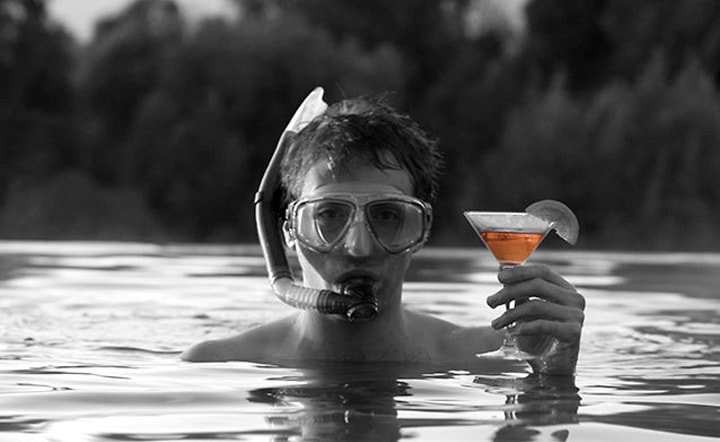 Call me fuddy-duddy or call me honest, but I’ve never understood the point of adapting Shakespeare to modern settings, with the exception of Baz Lurhmann’s Romeo + Juliet, but that was musical fantasy, let’s face it. After seeing Joss Whedon’s Much Ado About Nothing I pledge my troth never to watch another.

This isn’t to say that film and TV shows based on Shakespeare without his dialogue don’t work supremely well. Sons of Anarchy and West Side Story—based on Hamlet and Romeo and Juliet respectively—are but a couple that come to mind. My own experience adapting Hamlet to a court in Rajasthan during the rise of the British Raj gave me a practical, visceral experience of how well the Bard adapts to myriad cultures and locations, provided you ditch his era- and location-specific dialogue and scene structure. (My Hamlet-in-India idea appears to be so good that, as I’ve just found out Googling my own info for this piece, the actor who was slated to star in it, Bollywood superstar Hrithik Roshan, appears to be setting up a similar project with another director. This has better be a song-and-dance movie in Hindi that has nothing ado with my script and will never see a screen west of Dubai or someone’s manager is getting an earful, at the very least.)

Like Sons of Anarchy, my adaptation was guided by location and culture. What was and what wasn’t possible in an Indian court—for instance, that Ophelia and Hamlet needed to have been married as children for her to be present in the harem—altered the drama significantly and blasted the text open.

Sadly, the reverse is true in Whedon’s piece: What the hell are a bunch of WASPy actors doing performing a Renaissance drama in a Spanish-style house in what appears to be the well-to-do Hancock Park area of Los Angeles? The context makes no sense, and as a consequence you never buy into it. There is a way this could have worked in the modern area in this town: it should have been set within the Arab community in over-the-top mini-palaces in Beverly Hills. The Islamic world is still similar enough to the late-medieval culture of arranged marriages, honor killings and an overall patriarchal attitude toward women that it would have been far more appropriate. The play is also set in Sicily, and Sicilians are basically fair-skinned North Africans. Still, as beautiful as it is, I would have ditched or altered the dialogue to fit modern idiom; if all language is code, then Shakespeare has long ceased to be able to run smoothly on the platform of the matrix within which we live.

Also, having an entirely Arab cast would not have allowed Whedon to work with his pals, and that seems to be a driving force behind the reason for this film.

Whedon is one of the top five most powerful directors in Hollywood and can do whatever he wants, particularly for a low-budget passion project shot on a Canon 5D in his own home. But why, with all of the gazillions of original scripts out there, not to mention what could come out of that formidably creative mind of his, would he choose to do this? And why risk having people call this literally pretentious—a word I avoid using more than ‘literally’—by shooting in black and white? Beats the crap outta me.

What works is the use of television actors that for the most part Whedon seems to have worked with in various series he created in the past; for example, it’s good to see Nathan Fillion from Firefly make an appearance as Dogberry, and the extra forty pounds he’s put on oddly suit him. I can’t quite put my finger on the unique quality L.A. television actors have when they’re performing serious theater, but I’ll try: it’s a devil-may-care lightness, and certainly a well-above-average handsomeness (nobody is unpleasing to the eye in this film) that combine to make the actors watchable, but never entirely gripping. In other words, Al Pacino opposite Susan Sarandon this is not; it’s more like Tina Fey as Lucille Ball facing off against Will Farrell as Desi Arnaz. Alexis Denisof as Benedick and Amy Acker as Beatrice

There are some fine sequences interrupted by lazily directed slapstick, which is never my thing outside of true broad comedies. But that’s always been my problem with most stagings of the ribald Shakespeare comedies, which, as Whedon’s interpretation incidentally points out, are properly speaking early rom-coms of the kind Hollywood is still assaulting us with, just with far dumber and pedestrian dialogue. It goes without saying that the frequent bursts of wisdom and beautifully phrased language that arise from Shakespeare’s text are delightful to hear, and the performers in this film deliver those famous lines with frequent innovation and that aforementioned devil-may-care lightness that is enjoyable.

However, unless you are an L.A.-based actor who is interested in studying that West Coast TV technique in a classical theater context, or you really, really miss those modern-era adaptations classics from college, or you’re simply a diehard Whedon fan who will watch anything he does, particularly when he’s working with people from his old shows, give this wide berth. And if you’re absolutely jonesing for this particular play, I’m sure a more engaging version will be playing at a Shakespeare In The Park near you one summer soon.