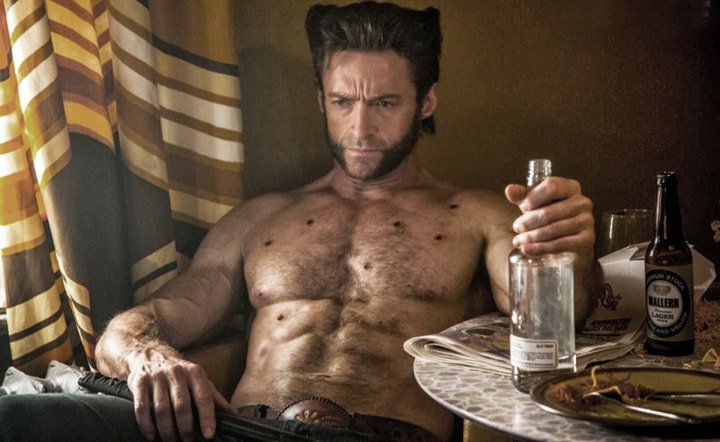 Indeed, this is more a spinoff Wolverine than an X-Men, although strictly speaking Hugh Jackman would need to be on screen a least fifteen percent more for it to be entirely his as the hero. That time is given to James McAvoy as the younger Charles Xavier and Michael Fassbender as the younger Magneto, and what a delight that pairing is. After seeing this, I’m ready for McAvoy and Fassbender to tread the boards in Waiting for Godot, like real-life besties Patrick Stewart and Ian McKellen did recently on Broadway.

I keep crapping on about the importance of script, and I know you think it’s because I’m a screenwriter, but I’m not wrong. Nothing proves my point more than this movie, which is supposed to be just a regular, live-action comic book of the kind we have seen in the previous six installments of this franchise. It’s so far superior from every angle that it’s almost a complete reinvention of X-Men, and much of the credit goes to the script. More precisely, the script is the foundation upon which the rest of the credit for this superlative blockbuster is built — there is nary a hair out of place on this production.

Simon Kinberg gets sole screenwriter credit for this X-Men, and he’s already attached to its sequel (as it Bryan Singer), so I imagine he had a lot to do with how solid, pacey and, yes, believable it is — two others are credit with the story, and God knows how many un-credited rewriters there might have been. For a time-travel piece, there were no glaring plot holes that I could ferret out, and I’m not sure I’ve ever seen a time-travel movie of this scope without glaring plot holes. I’m going to guess that Kinberg, a Brit, was no doubt raised on Dr. Who. He knows his way around the often-wobbly loops that arise from messing with the past to change a future that is established in the beginning of the narrative. Whatever Kinberg’s upbringing, the resolution to X-Men is so satisfying, so un-dumb, that I’m going to say this: Welcome back to your roots as a complex storyteller, Mr. Singer. Finally. You haven’t made anything so magically cat’s cradle since The Usual Suspects. It’s about time you stopped pandering to the lowest common denominator of intelligence and assumed we can handle a certain degree of complexity. But I know that isn’t entirely your fault. (And thank you Christopher Nolan for lighting the way out of narrative darkness.)

In a dystopian future stunningly painted in the first couple of minutes — and that’s what the opening sequence is: painting with film — our hero and anti-hero mutants are on the verge of extinction thanks to an infestation of cyborgs known as Sentinels, Terminator-like machines adapted from Raven/Mystique’s DNA that can instantly take over a mutant’s powers and use it against him or her. The Sentinels are so effective that all but a handful of mutants remain, i.e., the usual core cast of the X-Men series. Perched in an abandoned monastery in a remote area of China — read Tibet, but Tibetan sensibilities be fucked, I guess; Singer has bigger personal problems than calling that region ‘China’ — the remaining X-Men decide to send Wolverine back in time to stop Mystique from assassinating the inventor of the Sentinels, Dr. Bolivar Trask, played by Tyrion Lannister Peter Dinklage, a point of cast that teeters on the ridiculous; thankfully, it soon rights itself under the weight of Dinklage’s natural gravitas.

Yes, this is the plot of Terminator rehashed in true Hollywood tradition, but who remembers that series? In any event, it works beautifully in the new context with the mutant theme. And the concept is turbo boosted by the setting: 1973, rather than the more trite present of the first two Terminators.

In order to alter history by convincing Mystique not to kill Trask, Wolverine has to first convince the 1973 versions of Professor Xavier and Magneto to work together. The greatest challenge is busting Magneto out of a prison that in theory is impregnable, a hackneyed plot device for Magneto at this point, but it’s wholesomely refreshed here. For the impossible escape, Wolverine, Beast and Xavier enlist the help of a teenaged Quicksilver (Evan Peters). It’s the most inventive and delightful sequence of the movie, so much so that getting rid of Quicksilver as an ally for the rest of the adventure is ridiculous, and the most irritating plot hole, but necessary if there are to be any future insurmountable challenges.

I was glad to see Peters on the big screen easily stealing the show from Fassbender, McAvoy and Jackman all at once. I’ve had my eye on him since the first season of American Horror Story. What gladdens my inner know-it-all most is, again, I haven’t been wrong: I think he’s going to go far, quickly now, and this movie is what will catapult him there.

Jennifer Lawrence is so miscast as Mystique that if X-Men weren’t so fast-paced and an ensemble piece to begin with — the entire focus isn’t on her the way it is in The Hunger Games — the movie would collapse. Mystique is the ultimate lithe, badass femme fatale, and Lawrence is no Rebecca Romijn or Angelina Jolie. Lawrence is naturally graceless, which can be masked when she’s wearing a heavier costume in The Hunger Games, but not when it is sprayed-on, body-forming latex. And her face is too round, soft, lovable. It’s like casting a twenty-something Elizabeth Taylor in a role meant for Marlene Dietrich. Not every role can be conquered by acting alone; a performer’s physicality is as central to her suitability as her skills are.

Even if it is irrelevant, I’ll address the Singer sex scandal, which caused him to disappear from promoting a movie that ironically is going to put him back at in the forefront of blockbuster directors — he’s been languishing the past few years, although certainly not suffering for work. X-Men: Days of Future Past is on track to kick the shit out of Godzilla, another blockbuster I loved, for different reasons.

Singer’s personal life has even less to do with his work than Woody Allen’s. His penchant for younger men is less creepy than what Allen did to his adopted daughter, which is why it was a tolerated open secret in Hollywood for so long. If the Dylan Farrow scandal dented Allen’s popularity as a filmmaker not one bit, then the might and weight of the Hollywood establishment will make sure Singer is redeemed at some point; movies like this aren’t easy to pull off successfully, few directors have the knowhow, even fewer of the truly talented ones are inclined to take them on. At the risk of casting myself as a NAMBLA supporter, which I’m not, there is a world of difference between a fifteen-year-old boy, who repeatedly went to parties and on vacation with his alleged abuser knowing what would happen, and a seven-year-old girl who is held captive by a parent. I had sex whenever I could with adults when I was fifteen. I am grateful to those who took the risk, or who paid any attention to me at all — I was flattered and thrilled. As a moral barometer for this case, I look to France, where the age of consent is fifteen; they have a far more sensible and realistic approach to sexual matters than the more tiresomely prudish Anglo-Americans.

The summer is off to a great start. I’m almost inclined to think that the studios have raised the benchmark on blockbusters, just as they have with awards-season fare. Apparently Doug Liman’s Edge of Tomorrow, starring the über-canny Tom Cruise, kicks ass, too — Cruise is nothing less than Mystique with how he morphs fluidly through his career. Maybe I won’t have to suffer too much between now and late September. I’m hopeful.