In a mild twist of fate, I auditioned for a role on an HBO series yesterday.  This is no early Meryl Streep character that is going to require me hours of dialogue training to nail an East Prussian accent.  I doubt I’ll have to insist that all crew members call me by my character’s name so that my precarious Method balance is maintained.  If I get the role, and it is a real long shot that I will, I would basically be playing me. 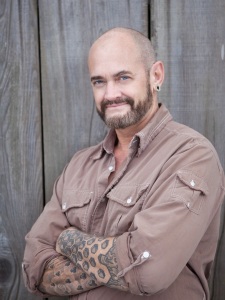 I’m sure there are hundreds of actors out there who can play a middle-aged Ghey from the West Village, which is what this is.  And I’m sure we all sound alike in the end; these are lines I would actually say.  I really felt this dialogue was written with me in mind, which is why I keep my hopes up, even though as someone who habitually sits on the deciding side of the casting couch I know better.

What concerns me is the script describes my character as wearing a kimono.  Maybe the writer is savvy enough to know that I would indeed wear a man’s antique shibori resist-dyed kimono in a heartbeat, but I think she might have something more flamboyant in mind.  And therein lies the challenge.

I mentioned to my associate Tyler that I was concerned they probably wanted an old-school extravaganza Ghey, the kind who, as I’ve mentioned in a previous post, is coming back in vogue thanks to that little Nellie in Glee. Tyler encouragingly replied, “Nah, you’ll be like the transvestite Liev Schreiber played in Taking Woodstock.  He looked totally out of place in a dress, but it was really funny.”  I twisted my ankle the other day stepping out of Tyler’s Ford Explorer, so the thought of slipping into a dress and heels isn’t very appealing right now.  But trying to convince the costume department to outfit me in an antique men’s shibori resist-dyed kimono rather than Haute Golden Girls Nightwear is an exciting challenge.

I gave up acting when I was eighteen.  I’d been passionate about it up until then, but when I moved back to New York from Rome and attended Trinity High School I was placed in an intensive theater program, where if you weren’t admitted to Julliard you were basically nothing, or at the very least not serious enough to make it.  We had four hours of theater training a day when we weren’t in rehearsals for an actual play.  They weren’t fun plays, either: Chekov without sets; Shakespeare set in concentration camps; the First Voice in Under Milk Wood with a very small girl as the Second Voice sitting on my lap the entire performance.  And endless lectures about the miseries of the acting profession.  The school musical was Brecht’s Mother Courage, in which I played Eilif, the brutal, murderous son.  I remember belting cheery atonal lyrics like:

A chopper will chop, and a cleaver will cleave,
If you fall into ice it will freeze you!
Beware my young friend,
Unhappy’s the end …

Something like that.  Lord Google is being stubborn right now and not pulling up the lyrics to those classic tunes no matter how ardently I pray to Him.

In short, I realized I didn’t have what it really takes, and I’m glad it was beaten out of me early.  I was too up in my own head to be a good actor, not relaxed enough, and that fucked with my perfectionism. When I did perform, I was a ham.  A cured ham, a prosciutto crudo, but still a ham.  But whatever techniques I learned back in the Shakespeare concentration camp I use to communicate with actors now, which is helpful in winning them over enough to trust my direction.  I don’t regret the disappointing realization upon graduating Trinity that I would be better off as a director than treading the boards as a thespian.

It’s much more interesting being an actress than an actor, anyway.  Men like me have limited scope.  In ballet, it is the ballerinas who get to do all the enthralling stuff, while the men just stand around and lift.  The same goes for acting.  I was too rigid to be a good comedy or character actor, so the only choice left would have been a leading man, or more likely the perennial antagonist.  Even as a teen, I was usually cast as the villain, or the nasty old man.

Indeed, the fun stuff for men is in being a character actor, which is somehow seen as a lesser thing than a leading man, but in reality requires much more skill and versatility.  Alan Cumming is my idea of a great character actor.  He is different every time I see him.  His face is so plasticine he can transform himself into myriad caricatures over just a cup of coffee.   He’ll just lapse from his regular Scottish brogue into a flawless, utterly believable Minnesotan accent in a split second.  All of your surrounding reality seems to morph and change with him.  I love doing accents, too; I’m an accent-ophile, in fact, I collect them.  But when I do mine, there is no subtle reality shift like a magician weaving an illusion, like Alan’s.  My imitations are pure farce, both ham and cheese on wry.

Judging by yesterday’s audition video, I haven’t lost my hammy touch.  I don’t care.  The real reason I want this role is I want to be a staff writer on that show.

The one time I pitched at HBO was for a TV series of mine called American Bastard.  It was one of those occasions when you meet a prospective lover and he’s so gorgeous and smart and absolutely perfect for you, and you flirt and get hot and excited … and he never calls you again.  Yet my producers and I has been absolutely convinced we’d found a home for that worthy show.

When I’d pitched American Bastard at Showtime the day before, I had seriously fucked up.  I was jet-lagged, I was a bit of a novice at pitching to networks and studios — I’m from the indie feature world, which is far more lo tech and less slick — and I’d had too much coffee to compensate for the tiredness.  Worst of all, I’d inflated myself with bravado, a volatile and ephemeral gas of an emotion if there ever was one.  I was floating stoned on bravado until the elevator doors opened dramatically to reveal the imposing SHOWTIME logo on the landing.  At that moment, the adrenaline surged and combusted with the caffeine and bravado, and kicked me in the nuts.  I sat there in the executive’s office, flanked by my producers, unable to speak, blinking like an idiot deer with Mack truck bearing down on him.  In an ad-lib attempt to prop me up, my team fed me lines and questions, but I literally sounded retarded. Key art for “American Bastard.” Showtime passed because they thought it “an edgy Gossip Girl.” And they don’t do sloppy seconds.

No doubt wary of the snapping crocodile my sensitive nature can be, my producers assured me that I’d done perfectly well at Showtime.  However, back in New York a few weeks later, they hired a professional pitch coach, a teacher at NYU Film School, to put me through my paces, “just to make sure you’re at your best.”  Let’s face it, I totally blew Showtime.

But that HBO pitch was perfect.  I was almost down on bended knee by the end of my aria holding out an engagement ring to the blushing executive.  Then nada.  Weeks went by, we didn’t hear back from him.  I truly felt like a jilted lover, and being the love addict that I was, I knew that feeling well.  We didn’t even get a pass email, like there was from Showtime.  Could it be I had read the HBO exec I pitched to so wrong?  Two months later came the reason: he had been sacked.

So I’m still hopeful HBO and I can see each other again, and this time it will be more than just a half-hour speed date.  I want us to get in bed and fuck like bonobo monkeys.  And this part I auditioned for yesterday is how I’m going to breach the walls: against all odds, I shall land this role, regardless of the fact that I’ll look ridiculous in anything more florid than a shibori resist-dyed Samurai’s kimono, which no doubt is not what the producers have in mind, but many lovers I’ve ended up happy with weren’t what I’d ever imagined as my potential partners.

HBO will feel the same about me.  They will commission me to write a few episodes of this particular show, maybe even let me direct one provided I don’t change the lighting and the sets, and then they will pick up American Bastard, or one of my other beloved children currently cowering and sniveling like neglected Dickensian orphans in some crotchety spinster backup disk.

Speaking of Showtime, they seem to be pulling The Borgias back from the brink of death-by-ennui.  It’s still intensely irritating to watch Lucretia Borgia as a saccharine, dizzy lass too blonde for Norway when she should be a busty, lusty, swarthy Sofia Loren-esque Mafia princess.  Neither she nor Cesare look remotely like Jeremy Irons’ children.  I’m hopeful they’re gearing up for a screaming, gesticulating, smack-down Hispano-Italian episode when it’s revealed the children are really adopted, but too late to stop Lucretia’s dowery draining the Vatican coffers.

Last week’s Schizo of the Week, Jake, has sprouted wings, which qualifies him for a second life as this week’s STOW as well.  Here he is this afternoon looking angelic, leaning on his crucifix and reading from the Good Book over a star on the Walk of Fame.  Oh, the poetic symbolism of this is worthy of a Foucauldian dissertation entitled Insanity and Celebrity:

Blessed are those who live in alternate realities.

Aloe Vera In Your Handbag