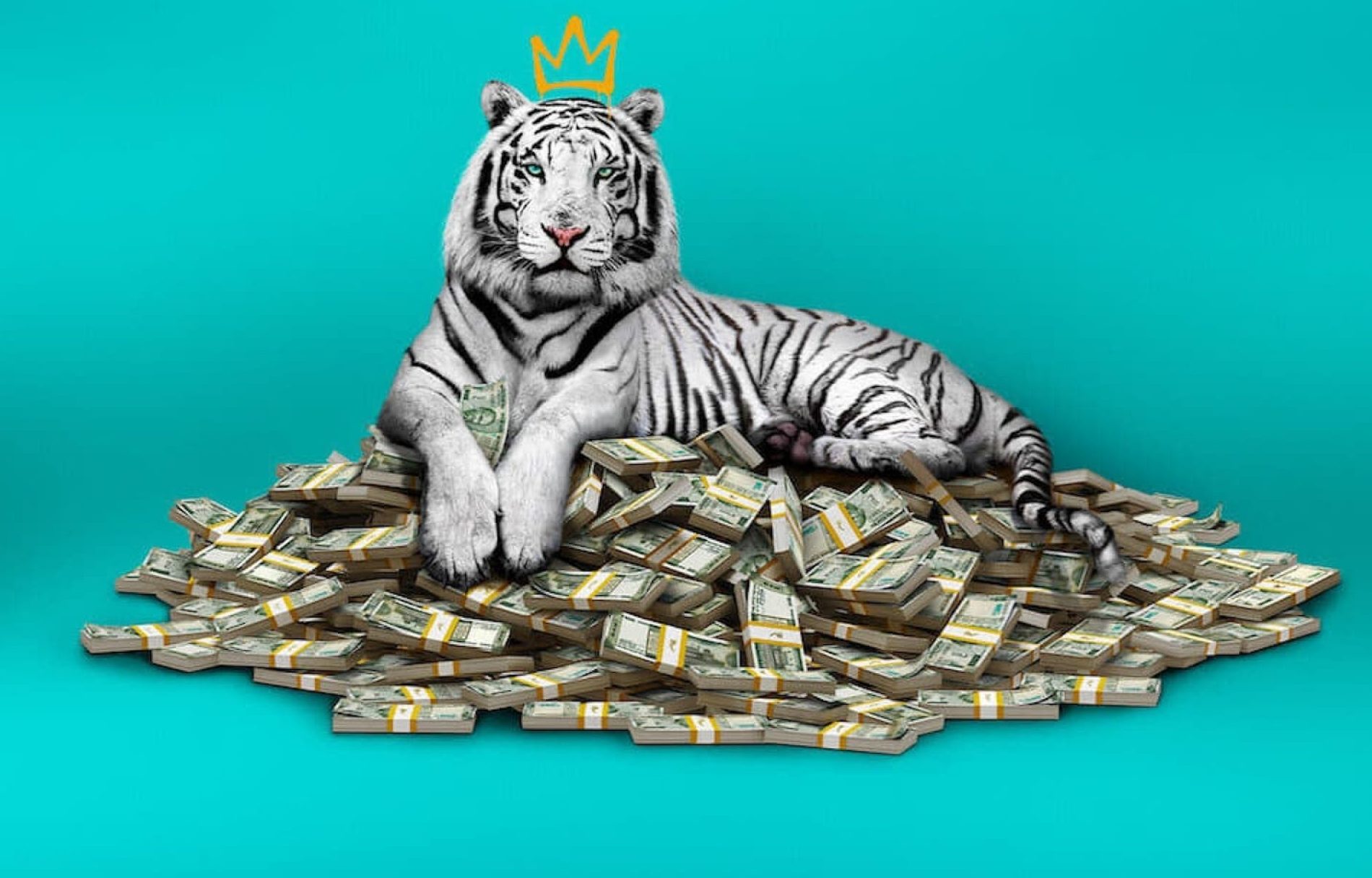 There is no doubt Oscars 2021 is the weirdest race ever: So many of the contenders haven’t been seen in theaters in the two markets that matter, NYC and LA. Variety’s top ten list of frontrunners is certainly “diverse,” meaning it’s skewed heavily toward one particular group, with 4.5 out of 10 films, as of this writing. No sign yet of Ramin Bahrani’s extraordinary ‘The White Tiger’. And no LGBT presence, per usual.

Looks like there are still no LGBT people in Hollywood, to borrow Ahmadinejad’s statement about Iran. There are no Latino contenders so far, either. Again, as we know from the 2016 Oscar ceremony, only one minority constitutes “diversity” in this town.

Netflix’s TWT is justifiably gaining momentum, which warms my natural-born gelid White heart; I have skin in the game, so to speak, given that India adopted my soul many decades ago. India-based content is particularly important to me, but Bollywood itself has yet to produce the sort of crossover shows that I went there to create.

‘White Tiger’ has begun to change that, even if it is directed by an Iranian-American. Producer Mukul Deora, also an acclaimed musician, is a creative powerhouse himself — most producers aren’t — and an Indian. Still, TWT has yet to register even on the third tiers of the top-tier lists that tell some Academy members how to vote.

I haven’t seen all of the top contenders, yet, but one thing is certain: We’ve seen all of the themes they explore before. What we have never seen is a frank discussion about a fraught subject that rules the lives of over 1.2 billion people on this planet: The Hindu caste system.

The Unspoken Truth About Our Vice President’s Indian Family

This year in particular the caste system is of paramount importance to Americans, even if most don’t realize it: Kamala Harris’ mother was a Tamil Brahmin. It’s the reason she’s so fair-skinned and aristocratic: Colorism, the social ranking of an individual by skin tone, is a huge part of the caste system, as it is in much of Black American culture.

Colorism is alien to most Whites because, contrary to the orthodoxy of those woke non-Whites who are somehow able to speak about our experience, race and skin tone aren’t a preoccupation for the vast majority of us. It’s not because of what is known as “White fragility” — if an issue doesn’t doesn’t affect people directly it doesn’t deserve to be pondered in great depth. There are already too many other issues that engage White fight-or-flight instincts without adding the burden of fears and frustrations that don’t threaten us.

To my eyes as a man whose wife and brother-in-law are both North Indian/Aryan Brahmins, I didn’t need to look up what Harris’ mother’s caste was; it was obvious from Harris’ skin tone, despite the fact she’s half Black Jamaican and half Dravidian, as well as her bearing and articulate wit and brightness — it’s generally a bad idea to argue with certain kinds of Brahmins, and Kamala is one of them.

Among the top fraughtnesses of the caste system (note the correct use of ‘system’) is that it’s a many-centuries-old, highly successful eugenics program. You can often tell a person’s caste just by looking at her. India is a Brave Ancient World, another reason people don’t want to go there by discussing caste. But go there we must, and TWT does, bravely — I’ll wager it has upset a lot of Indians.

I’m not using “was a Tamil Brahmin” only because Harris’ mother is deceased, but because she lost caste when she married an Untouchable. All non-Hindus are born “out of caste,” which is how we get the word ‘outcast’; therefore, all foreigners are Untouchables, Jamaicans included, even if Rastafarian culture is directly descended from esoteric Hinduism, as we can see from the sadhu-like dreadlocks… but never mind that tangent.

Ardash Gourav as the low-caste servant Balram, and Priyanka Chopra as the Indian American Pinky Madam.

Touch Me and I’ll Kill You!

It’s estimated that around 160 million people in India — half the population of the US — are born outcasts. Even more are born low caste, like TWT’s anti-hero, Balram.

The reason the film doesn’t address Untouchability isn’t just because it would shed an even bleaker light on Hindu culture that risks pushing the story into unwatchable. It’s because it isn’t relevant to the hero’s journey and monologue: There is no way any upper-caste Hindu would have an Untouchable near his car, much less allow him to drive it.

Untouchables are allowed in the house to clean the toilets, sweep, take out the trash, and burn the dead. Not even their shadows should fall on our vice president’s Tamil Brahmin cousins for fear of contamination.

My brother-in-law didn’t lose caste when he married my sister — he’s a man. The rule only affects women. Having said that, most temple pujaris can tell my white tigress of a wife has a direct line to Lord Shiva — she might be the odd exception to the caste-cancellation rule for women. But that’s just one of the reasons she’s married to a gay Untouchable.

Colorism also kind of cancels caste rules. America isn’t the only country that bestows Whites social privilege based on skin color. It’s pretty much a global phenomenon, thanks to prejudices favoring fair skin that are baked into most non-White cultures.

If people believe fair-skinned privilege is because those of us with European heritage forced our standards of beauty on cultures we colonized, all I can say is they slept through history and anthropology class. It’s a conspiracy theory as baseless as any other.

This adds a deep layer of complexity to the discourse about race that isn’t talked about at all; that would mean that racism isn’t “in White DNA.” And that’s heresy: We Whites are all natural-born racists. To object to that essential part of the Woke catechism is itself racist, further evidence of “White fragility.” (Every time I write those two words I chuckle — Robin DiAngelo, what parallel world are you living in that you perceive Whites as fragile?)

While colorism isn’t discussed in detail in TWT, it’s implied in Balram’s reference to “the India of light and the India of darkness,” and in the skin-tone differences between Balram and his employers, played by Priyanka Chopra Jonas and Rajkummar Rao.

Like most non-Muslim Bollywood-wallahs, both Chopra and Rao high-caste Punjabi Rajputs (warriors), albeit of different ‘gotras’, or septs, as we call subsets of clans in Highland culture, where colorism is limited to too much purple in a tartan and a personal dislike for Cousin Rory’s red hair.

Colorism in TWT makes its boldest statement when it appears in inserts of the police Most Wanted flyer: Balram is referred to as “blackish,” a euphemism for low caste/Untouchable.

To my knowledge, TWT is the first mainstream film to tackle the caste system, and it pulls no punches — the script would never have been approved for shooting in India by the Ministry of Information and Broadcasting ten years ago. That does more to open up the discussion about racial justice for all mankind than simply overrepresenting one minority in the greenlighting, casting and crewing of Hollywood content.

Above all, TWT is a fine bit of filmmaking, a crackerjack script. I normally break out in a rash reading other people’s scripts, but I’ve been reading Bahrani’s today. It’s a shame he didn’t include the scripted inserts of Whites in India. They would have bolstered Balram’s assertion that

The future of the world lies with the yellow man and the brown man now that our erstwhile master, the white-skinned man, has wasted himself through buggery, cell phone usage, and drug abuse...

I encourage all Academy members to watch ‘The White Tiger’ and bestow it with the appropriate recognition. As for Westerners smitten with the wisdom and ways of Hinduism, as long as they’re aware that the caste system is inseparable from Hindu dharma and the karmic cycle, it’s all religion to me.