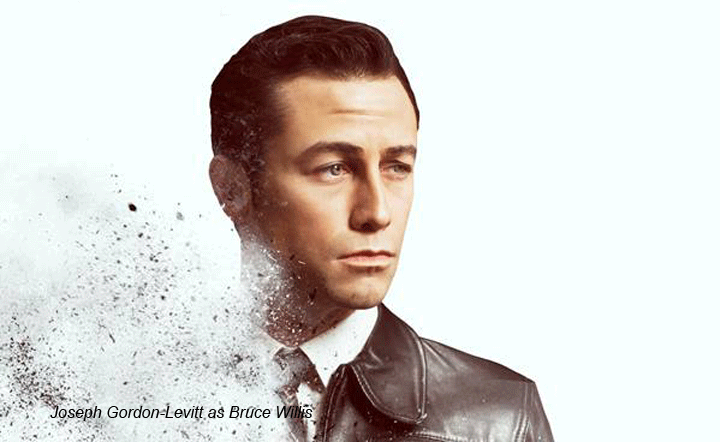 THE BOURNE LEGACY — Definitely Will See

This franchise reminds me of the French Connection-style thrillers I loved as a kid.  It’s been a long time since I’ve read a book of the kind it is based on, but I have been known to pick one up at an airport from time to time to alternately numb my mind and quicken my pulse, and fritter away the hours in between meetings at the destination I am flying to.  (Now that I have this Little Shop of Horrors website that incessantly demands to be fed, no such downtime exists.)

The trailer for Legacy is in itself masterful, at once reminding us of the salient elements of what has gone before—who Jason Bourne is, or isn’t, or thinks he is; that the top-secret organization is called Treadstone; that he has superhuman quasi-bionic abilities that cost a fortune to create and have now gone rogue—as well as whetting the appetites of those few of us who aren’t completely numbed by chase scenes by tossing in excerpted lines like, “You were given a Ferrari and you treated it like a lawn mower.”  The reason nobody who hears a line like that can be completely numbed by chase scenes is that everyone knows the Bourne series does them like nobody else, like nothing you’ve ever seen before.

I like that Rachel Weisz is in this, too, even though at first I mistook her for Marion Cotillard doing spectacularly well in her accent-reduction classes.  I’m still ambivalent about Jeremy Renner, not that you would have ever have known that I was ambivalent to begin with because I’ve never mentioned him in these pages.  But I liked him a lot in Hurt Locker, and I want to see him again in something just as tense and wound up.

Whether he likes it or not, I’m also claiming him as a fellow Ghey; while false gay rumors may tend to hover around very good-looking actors who set lustful fantasies aflame throughout Homolandia, Renner is far from VGL; he would be a real specialty dish from a pink-tinted P.O.V.  And that whole saying, “You haven’t made it in Hollywood unless there’s a gay rumor about you” is total hogwash.  The reality is much more how Dorothy Parker nailed it: “Scratch an actor, get an actress.”

COSMOPOLIS — Probably will not see…

… immediately.  Even if I ignore the bad word out of Cannes, where it screened in competition this year, the fact that its release is being platformed starting in New York and L.A.—yet it stars Robert Pattinson—isn’t a good sign.

Plus, it looks downright silly in the trailer.  The whole thing tries way too hard: rat costumes, Samantha Morton looking more like a pork bun than ever, whirling dervishes in the OWS riot scenes.  I would rather watch American Psycho in a loop.  I am pleased, however, that Juliette Binoche’s accent-reduction classes seem to be working.

I’ve never been able to finish one of Don DeLillo’s books, which isn’t saying much because enough people out there have finished them (and bought more) that he doesn’t give a rat’s costume what I think.  From the trailer, I dislike the way the film is shot, so ugly it seems hostile to the notion of anyone watching it: the wide angles, the flagrant HD video look, and the presentational directing style that David Cronenberg has gotten away with in the past on films like Naked Lunch, but which doesn’t seem to be working here.

Note to Me: I still need to see Dangerous Method.  God, time flies.

Then there is basically NOTHING out until a month or so later, and even then we get:

THE HOUSE AT THE END OF THE STREET — No Way

It’s not because I don’t like horror, it’s that I’ve seen the film this trailer is for, and it was called The Ring, or something like it.  I’ve seen it several times before, in fact.  I must say I like some of the shots, but oddly enough horror films often get great visual treatment, certainly better treatment than the quirky chatty indie Sundance flick, but that’s because the majority of those are made by smug geeks who think that good taste is a sign of brainlessness, and it’s, like, totally not!

I also like Elizabeth Shue and Jennifer Lawrence.  But doormats that start creeping around like inchworms are the sort of detail that will derail my concentration and have me searching for old British police dramas on Netflix before I even consider buying a ticket for this.

I cannot even fake my orgasm over the fact they’ve transformed Joseph Gordon-Levitt’s face into a young Bruce Willis, and from the trailer it seems that Joe’s attempt to sound like Willis has paid off (bravo, Mr. Sound Mixer).  I was a huge fan of director Rian Johnson’s neo-film noir (more like film soleil) set in a high school in Orange County, Brick, which also starred Gordon-Levitt.  It was one of the young star’s breakout vehicles.  I’m glad they’re back working together.  I’m downright verklempt, in fact.

Plus it has Emily Blunt, back from her foray into crap romcoms, to which we hope she’ll never return.  And have I mentioned Joseph Gordon-Levitt doing Bruce Willis brilliantly?

UPDATE: It’s opening Toronto, bitches.  And you heard it here, first.  Just from the trailer.

… not.  Not even on a non-stop Emirates flight from L.A. to Dubai (okay, maybe then).  But you are by all means welcome to see it, and I won’t think any less of you.

I still don’t understand how Taken made close to one hundred and fifty million at the global box office, although that definitely qualifies it as a sleeper hit.  Liam Neeson must have said, WTF, I’m hitting sixty, why not try to make myself into a bankable action hero?  By George, the gambit paid off.

I like that Neeson is representing for the older, lumbering tall guys.  I can’t imagine him stretching, so his secret must be something else.  The other thing that’s inspiring is he doesn’t need to do very much to get things done, if that makes any sense.  And that’s both off screen and on.