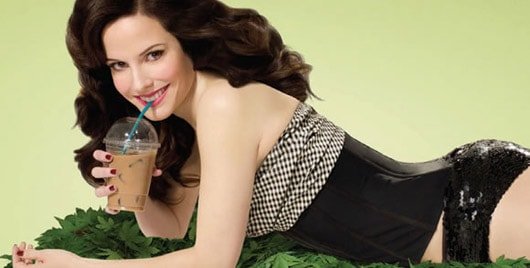 One of the issues I have with many TV shows, from network to premium cable, is the cartoonishness of many of the secondary characters.  It would be impossible for the protagonist to be anything other than solidly relatable if the piece is going to succeed, which is why Breaking Bad didn’t become truly kickass until Bryan Cranston dialed back Walter White’s jack-in-the-box neurotic behavior; until then, co-star Aaron Paul worked double time to restore balance.

With Weeds, I forgave the absurdity of Elizabeth Perkins’ character Celia Hodes and even looked forward to her screen time, for a number of reasons: Perkins herself is a comedienne with an appeal and timing worthy of a comparison to Lucille Ball; her grasping, moralizing, failure-prone character was a roaring commentary on the fatuousness of middle-class American values, which is the whole premise of the show, as evidenced in the “Little Boxes” opening; Perkins was the perfect foil for Parker’s eternally grieving and beleaguered widow, who grew stronger the more that adversity was thrown at her and she was forced to defend her family, transforming from a pampered Persian cat into a mighty tigress.

But some of the other secondary characters I have struggled with, particularly the men.  If they aren’t weak, or the children, they are buffoons.  Weeds is nothing if not misandrist, which is okay because we men deserve it, by and large.  At least there was never an offensive screaming Nelly on the show, or a homo character overacting butch so as not to offend by stereotyping offensive screaming Nellies. 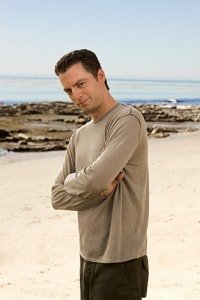 Much has already been written about the signature brand of iced latte-sucking insouciance with which Parker vested Nancy.  Regardless of Parker’s real personality, Nancy is someone you can see wanting as a friend, no matter the crazy-maker drama that follows her everywhere like clattering cans behind a newlyweds’ car.  As she goes, so goes the show, without a doubt; it isn’t about marijuana, it’s about Nancy Botwin and her brood, a Ma Baker and Her Boys as a MILF surrounded by damaged, incompetent males.  That insouciance became full-blown, unappealing jadedness when the family went on the lam in season four, and Nancy found herself the tattered ringmaster of a circus of tired clowns, the most annoying of whom is Kevin Nealon’s Doug Wilson.  It’s not that Nealon himself is bad—on the contrary, he maintains a steady gusto for his honking, ridiculous character that would have worn me to the point of clinical depression by now—it’s that I believe the show would be stronger and more focused without the distraction of Doug.  There are only so many man-children you can have in the core cast; Andy and Doug together under the same roof is simply overkill.

I disliked seasons six and seven so much I almost wasn’t going to continue to eight, which is currently in progress on Showtime, until I walked by my housemate’s room and caught a few random scenes over his shoulder, and heard him laughing intermittently.  He and I have similar tastes in entertainment, and share like philosophies toward how entertainment should be crafted—he used to be both a production designer and a writer for TV shows—so I thought I’d give Weeds one last chance.  Shows can reboot—Six Feet Under sagged like Rush Limbaugh’s moobs only to rebound explosively in the last season—and even if I feel Weeds is somewhat past it’s sell-by date in that American way of letting a show die from exhaustion, even putting it on life support before pulling the plug, it is also a half-hour premium cable series of at most fourteen episodes per season, so that means this is really only season four in network years.  And it has consistently remained Showtime’s highest-rated comedy, so there has been wisdom in continuing to milk it until now.

I suppose this is the point in the article when I’m obliged to say “spoiler alert,” even though it would be impossible for Nancy as the protagonist to have actually died from the bullet to the head she received at the end of season seven.  I have to hand it to the show’s creator, Jenji Kohan, that she understood Nancy had reached this jaded pinnacle and was no longer anywhere near as winsome and relatable as the struggling widow of the first few seasons.  Kohan brought Nancy to the brink of death and back again, a woman transformed.  They even got rid of the iced-latte straw sucking!  To remove a character’s signature prop —the equivalent to Kojak’s lollipop or Columbo’s cheap cigar— is truly a commitment to a drastic overhaul. (Per this season’s episode seven, the iced latte does appear to be making a slow comeback, but not meaningful enough to be irritating again.) 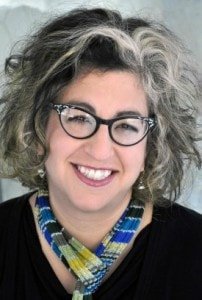 As much as Elizabeth Perkins was the perfect springboard for Mary-Louise Parker to bounce off, in previous seasons Jennifer Jason Leigh was an over-the-top nemesis as Nancy’s neurotic, envious sister, and that dragged the show down.  Leigh is a true wildcard as a performer: she can either be mesmerizing, as she was in The Anniversary Party and Georgia, or a tedious chore to watch, to wit Mrs. Parker and the Vicious Circle—I grew up with people with lockjaws and hers was like listening to a sneering, demented teen mocking the upper class.  Then again, that whole film was an immature, unprofessional mess.

Yet Leigh, like Parker, is among the super-talented actresses—I only have indirect experience of her, so I would guess she’s around a 3 on the aforementioned behavioral scale—which means she responds to a better script and character arc, with which Kohan finally gifted her in this season.  Within a matter of a few scenes, Leigh both redeems her own character and helps reposition Parker’s by infusing them both with pathos and warmth.  Even her “You never die!” speech to Nancy is believable, for a change, and doesn’t come across as that randomly nasty for anyone who has ever been exasperated with a sibling’s behavior.  (I can just see my sister throwing her hands up and yelling, “You always land on your feet!  How do you do it without getting a real job?”)  Once Nancy is back to being the sympathetic mother, her sister gracefully bows out and allows her to resume ruling the roost and being the catalyst.

Hunter Parrish as Nancy’s eldest son, Silas, has always been a favorite of mine.  I think “viggles”— as I like to call very good-looking guys, from the douchey acronym VGL on early gay hook-up sites—have a harder time than their less pulchritudinous counterparts, especially blond ones, and Parrish has been a stalwart who has grown from being just a bit of teen eye candy to a decent actor with a strong range of his own.  I imagine performing opposite a powerhouse like Parker for seven years had some educational effect.  Parrish should have a long and rewarding career.

The unsung hero of the show is Parker’s cosmetic surgeon, who has maintained her MILF-ness on an even keel; she’s now pushing fifty, but looks late thirties.  You could starch shirts for a British banker on that forehead, it is that smooth.  I think the natural lopsided expressions that are integral parts of Parker’s physicality keep her from looking like one of those campy live-action middle-aged mannequins on shows like Desperate Housewives.  As a gay man, I can believe that handsome straight men still find Parker fuckable, whereas those other creatures seem about as appetizing as brightly colored stale marzipan: They weren’t that edible to begin with, but now they’re really disgusting.

This is the last season for Weeds and I’m glad I watched.  It will end on its one-hundredth episode, which is a spectacular accomplishment for premium cable.  Hats off to Kohan for that, and for pulling a Six Feet Under and wrapping the series up with a solid exit.  I can tell we are heading for a moving and memorable ending.  I look forward to seeing her women-in-prison one-hour drama Orange is the New Black.  Why, I might even reactivate my Netflix subscription just to watch it.

UPDATE: One theory being bandied about online is that this season is just a dream, that Nancy is still in a coma from the bullet to the head, dreaming about a more perfect life when she doesn’t fuck up everyone else’s and gets along with her sister, and that she’ll die at the end.  Any thoughts out there?  I kinda like this theory.