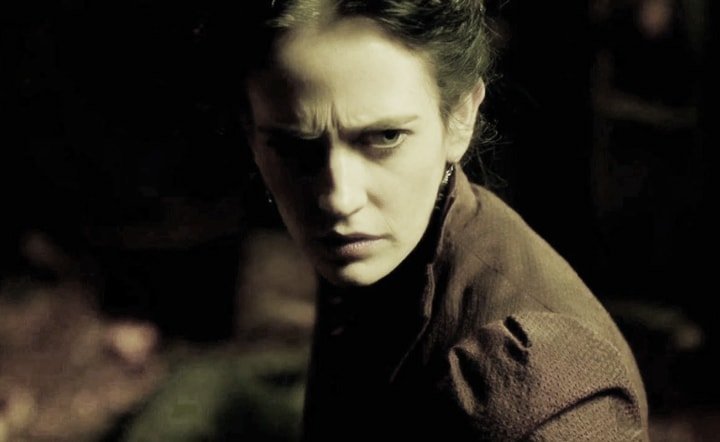 While I admire all of the shows, none of them — not Mad Men, which is about the world I was born into, nor True Detective, which up until now was the most intellectually satisfying — can I say I wish I’d written and created. That doesn’t apply to Showtime’s Penny Dreadful. It is so much in line with my own work I cannot believe I didn’t think of this concept myself.

“Lurid” is the adjective most often used to describe the penny dreadfuls, the Victorian precursors to pulp fiction. It’s a great title, but something of a misnomer; there is nothing pulp fictional or lurid about this series. Rather, it is a narrative salad based on popular characters of nineteenth-century British literature, spanning the entire century, from Mary Shelley’s Viktor Frankenstein in the early, pre-Victorian era, to Oscar Wilde’s Dorian Gray and Bram Stoker’s Dracula and Mina Harker in the late Victorian/pre-Edwardian.

There’s little that is lurid about those authors or their work, certainly not Wilde; if anything, they are guilty of being melodramatic, but nothing overly outside the context of their times. True, the series does live up to the definition of ‘lurid’ — “giving explicit details of crimes or sexual matters” — but it is also elevated by first-class filmmaking and writing that is worthy of its source material the way few adaptations of nineteenth-century classics are, big screen included.

I was shocked and not a little envious to find out that the series co-creator and sole writer, John Logan, is an American, from San Diego, no less; at the risk of sounding like a snob, I wish he’d had the decency to be from the Northeast — that might explain his finely tuned ear for Anglo culture.

It doesn’t surprise me, however, that Logan began his illustrious career in Chicago as a playwright. It turns out I’ve seen almost everything he has written for the screen, from RKO 281, about Orson Welles’s struggles, through Gladiator and Hugo. Yes, Logan is likely the man who penned Joaquin Phoenix’s famous, petulant line from Gladiator, “It vexes me. I am terribly vexed.” After seeing four episodes of Penny Dreadful, I’m pretty sure it was his line, not that movie’s original writer, David Franzoni’s.

That would actually be a throwaway line in Penny Dreadful, one of the many delectable amuse-bouches quips sallying forth from the most extraordinary secondary character currently on air: Ferdinand Lyle, the eccentric Egyptologist, played by Simon Russell Beale. A long-time collaborator of the series’ co-creator, Sam Mendes, Beale is primarily a stage actor, which is maybe why he has hitherto escaped my attention — despite living in Covent Garden for a long time, surrounded by some of the best live theater in the world, I rarely went, shamefully. But even that isn’t much of an excuse; I feel my oversight is just unforgivable laziness. My eyes bug with appreciation every scene Beale is in, towing the camera and our attention behind him — we are his toy and nobody can share it. It’s no wonder The Independent has crowned him the “greatest actor of his generation.” I think almost every performer of a certain level and gravitas has been accorded that cliché, but in Beale’s case it might very well be true: He doesn’t just steal the show, he rips down the stage curtain and wears it as his emperor’s cloak.

Logan’s lyrical writing is a study in how to keep the pace of a Gothic crime drama going without sacrificing depth to gore, sensationalism and supernatural whimsy. With just a few carefully crafted lines, Logan evokes nineteenth-century dialogue without weighting it with too much anachronism — and by ‘carefully crafted’ I mean that each word fits into the next like fine hand-tooled watchmaking with no extraneous verbiage, nary a slip of syntax or eloquence. He paints entire landscapes redolent with philosophy and psychology, but they are gauzy, breezy watercolors, not soupy oils.

Almost every other drama that attempts such intellectualism spends many more pages than this does in banter and monologues, and none that I can think of are adorned with as many historical and cultural references as Penny Dreadful. In one particularly balletic sequence, Logan recreates a Grand Guignol performance in rhyming verse, and it is flawless. I’m hard-pressed to think of a British writer who could match him, swinging gracefully from lurid to poetic to philosophical to scientific, with a delicate touch that makes it appear seamless and effortless. But his are some mad skills, and there is nothing effortless about them, I’m positive.

I never thought you could make Victorian romanticism seem modernist. But Logan does it, and I find myself biting my lip in envy.

Sam Mendes was unable to direct the pilot and second episode himself because of scheduling conflicts. Just as well. I’m not sure he would have added the same glamour and elegance of his replacement, J.A. Bayona, although Mendes would have done as solid a job, in a different way. After wowing audiences with the Spanish modern Gothic ghost story The Orphanage, Bayona under-wowed me with The Impossible, based on the true story of Spanish survivors of the 2004 Indian Ocean Tsunami. I never understood why the director of one of the most successful Spanish films of all time chose to make a story about Spanish people with British actors in English, a language for which he proved to have no ear — oh, and have a Spanish writer pen the script. Surely the Spanish-speaking market could have justified whatever budget he needed for those glorious special effects had he made it in the original language — that CG tsunami was almost as devastating as the real thing. As it is, the film only did around $22 million in the combined English-speaking territories, but a whopping $155 million more worldwide.

Bayona seems to have adjusted his ear for English in Penny Dreadful, but he is also served by a far better writer, in a longer-form medium that favors playwrights in particular. He is also back within his bailiwick, making the supernatural not only seem natural but awash in pathos that never veers off the path into excessive melodrama. Again, this is Logan holding him back; Bayona has that Latin penchant for histrionics, which we are somewhat allergic to in the more sangfroid Northern European cultures. Casting is another strong point of the show. Simon Beale shines the brightest, but Eva Green is also mesmerizing as the glacial female lead harboring a volcano within, as is another fascinating point of cast, Reeve Carney as Dorian Gray. Carney created the role of Peter Parker/Spider-Man in Julie Taymor’s much-storied Broadway musical Spider-Man: Turn Off the Dark. He’s another talent you would swear is British but is American. I’m so obsessed with Carney that I’ve started watching whatever I can of him on YouTube. He seems authentically Dorian Gray in real life, that androgynous rock star no man or woman can resist, an archetype of wan, melancholic sex appeal that emerged from the Romantic period. Carney has just been cast in the official Jeff Buckley biopic, which is just about as appropriate as you can get.

It’s good to see Josh Hartnett again as the gunslinger from the Wild West. I like the fact he bolted from being a heartthrob ten years ago because he couldn’t handle that level of celebrity. Or maybe I’m buying recent press related to the release of this show, and he really just lost his grip somehow. Whatever the truth, after the end of episode four Harnett has won the passions of every gay man watching.

The weakest link in an otherwise polished-mahogany cast is Timothy Dalton, as usual. Dalton plays Sir Malcolm Murray, the Captain Sir Richard Francis Burton hardened-explorer character, but he has none of Burton’s panache and swagger, for Dalton is something of a dalek, albeit with handsome visage and now handsomer salt-and-pepper beard. Dalton has always redeemed his lack of talent in my eyes because of his fifteen-year relationship with Vanessa Redgrave, which isn’t as People Magazine a statement as it sounds; she is such a delightful, fruity-kins whackjob that I’d love anyone who kept her attention for that long.

This show should really be titled Grand Guignol, which conjures more tenebrous mystery, more gruesome romanticism and melancholy than Penny Dreadful. If I were to compare this show to a painting, it would be Henry Fuseli’s The Nightmare, which is likely exactly what Logan and Bayona want to evoke, even if it was painted a hundred years prior to the era of the series. In the entirety of its being, Penny Dreadful is the heaving, pale, corseted bosom of the swooning, consumptive harlot, that woman every Victorian feared becoming at the slightest misstep, which could so easily become a precipitous fall into living perdition. Extending her neck for Dracula’s bite, John Logan strokes the pale harlot’s jugular and says, You see why the Victorians loved vampires so: They are a metaphor for tuberculosis, the undying blood consumer who impartially stalked rich and poor, beautiful and ugly, strong and weak.

Penny Dreadful is engaging on the three necessary levels: visceral, visual, intellectual. With the dexterity of a spider, Logan spins a delicate, intricate web of literary and cultural homages and references, of believable and original character motivations, of galloping plot and surprising twists. One moment we bump into Edgar Allan Poe, then lie down on a divan next to Oscar Wilde for an absinthe, then spy Victor Hugo walking arm in arm with Mary Shelley and Bram Stoker around that gaslight-lit corner.

Penny Dreadful highlights issues I’ve always had with True Blood; that overrated HBO show is truly lurid, at least in my personal interpretation of the word. I’ve never been able to engage with True Blood — I’ve watched for its tacky theatricality, probably for the shirtless hot guys, but not for those declamatory, campy performances and the tortured, idiotic story lines. Like the synthetic blood the vampires are forced to drink, the show has never satisfied me, not one episode over six seasons. Penny Dreadful is how True Bloodshould be: sophisticated, waltzing camerawork; stunning and detailed production values; painterly gore; nourishing intellectualisms.