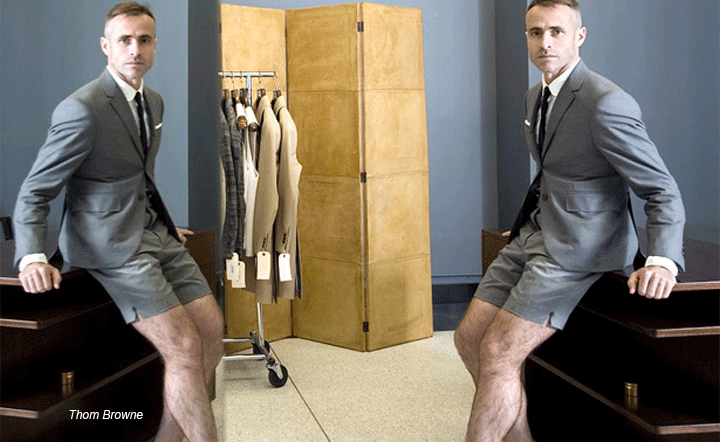 First off, the title of this piece isn’t what I want to say at all.  It’s a deliberate misuse of the word ‘relevant’; its misapplication is a low-level humming annoyance for me these days.  I feel it’s a hipsterism that is infecting the language.  It’s the ‘organic’ of this era, a word that was wantonly misused at the beginning of this century in every creative pitch from London to L.A. via New York, and rarely in reference to natural farming, or even its meaning as a “relation between elements of something such that they fit together harmoniously as necessary parts of a whole.”  Using the word ‘organic’ made your proposal ‘authentic,’ which itself ended up becoming the most the most catachrestic adjective to make the rounds, before being replaced by ‘relevant.’ I might be wrong, but the misuse of ‘relevant’ seems to arise from online forum postings, where someone responding to a thread marks a comment as being relevant to the topic discussed, which is the correct use of the term.  But when applied to something like fashion and design it is being used in an esoteric, impressionistic way that is annoying.

But that’s the problem with describing modern art and fashion: The written word itself often becomes the most pretentious part of the discussion because the reaction to the object of the discussion is too visceral to be reduced lexically.

Such is my reaction to designer-of-the-moment Thom Browne: Visceral, impressionistic.  Perhaps the most cerebral of designers—which isn’t saying much because for the most part they are not the most intellectual people, although some may be said to possess a different type of genius than the one the proverbial rocket scientist has—he was until a month ago merely hovering in the background of the commercial fashion scene.  Then he burst out when he designed the peculiar yet alluring coat Michelle Obama wore to the inauguration.  I was actually surprised to know he designed women’s clothes at all: My impression of Thom Browne was that he created men’s clothing I could never wear because of my solid body type—as a woman said to me at a party the other night, “you look like a lumberjack.”  Browne’s clothing seems to be for slight, effete men like him.  More precisely, The New York Times described him in a profile last week as,

a shy, smallish man with a lantern jaw, a John Glenn crew cut and a suit that looked as though the laundry had shrunk it with him inside.

I don’t look good in shrunken clothing; there is nothing shrunken about me, from the top of my ego to my size thirteen feet.  I am naturally more drawn to designers like John Varvatos or Rick Owens, and have only noticed Browne because of his unusual fashion shows, which to my eye qualify as legitimately fine performance art. Highlights from the recent collection.

A little research reveals that Browne has always had a women’s line, it’s just that this past fashion week in New York was the first time he had a show with models walking a runway (of sorts), rather than an informal presentation/installation, which seems to be what he prefers.  The designer is clearly milking his Michelle Obama moment, as he should, but doing it his way, which is to say unusually and artfully.  I didn’t attend the show, I just saw footage and stills from it, so I’ll again let The New York Times describe it:

[It was] a grand, jaw-dropping collection that was so ambitious in scale it seemed to be his bid for entrée into the pantheon of great designers.

It was provocative, risky, weird, technically advanced, filled with dazzling though possibly pointless designs, and also potentially offensive. And it was also the first time he put his women’s collection on a runway, rather than in an informal presentation.

To begin, guests entered the show, held at Center548 in the Chelsea gallery district, via an enormous, studio-apartment-size elevator that deposited them into a set that would have been a simple winter wonderland (real fir trees covered with fake snow) had it not been the sight of many young men splayed lifelessly on hospital cots, blindfolded, their arms bound by red satin ribbons and their heads topped with crowns of thorns. They had been crucified in their gray Thom Browne suits.

When a designer attempts to reinvent the fashion show—and by that I mean getting truly conceptual with it, as opposed to just decking an unconventional space out with delirious sets and getting funky with the remix of the same songs everyone’s heard all week at other shows—it is invariably a disaster.  A fashionista writing under a pseudonym for Vice describes a show this past week that featured interpretive fashion dance with male and female dancers jiggling their bits on the runway and exchanging clothes.  The writer said he/she was glad not to be in the front row because “I would’ve lost it.”

This is not the case with Thom Browne.  His shows are always so out there and so profoundly conceived, so subversive and provocative that, like them or not, you cannot deny that they aren’t fine art.  For instance, his spring/summer 2013 men’s collection in Paris began with fauns straight out of Narnia painted entirely in silver, followed by guys sheathed in metallic fabric oil drums waddling as best they could around a highly formal garden before they stepped into silver shoes implanted in rows.  And then revealed utterly unwearable clothing.  This collection isn’t even trying to be commercial—I don’t know a single man, including myself, who would wear one item from that show, and that in itself, regardless of the way the show as presented, is so WTF, so brilliant.  Watch for yourself:

I was just as impressed if not more by the symbolism in the recent women’s show.  Those crucified boys in uniforms were at once Jean Genet and stomach churning and outrageously misandrist.  But violence against women, the denial of women’s rights, male suppression of women, and abortion are such a salient part of the current dialogue that Browne wasn’t just capitalizing on his Michelle Obama moment, he was… oh, no, I have to say it… He was making himself relevant.

The collection itself is often not at all pretty, but it does ask you to question the current silhouettes of women’s fashion in general, the way in which they are made, the textures that compose the clothes.  By its presence, it’s calling everything else trite, because it is.  It’s also taking the current line of thinking about how women ought to look and ought to be, starting with the First Lady herself, who isn’t white, as she “ought to be,” and who is taking greater fashion risks than any woman in her position before her, except perhaps Jackie Kennedy.

My admiration for Browne is summed up by my binary reaction to The Coat: I love the design, but I don’t love it on Michelle Obama.  In fact, I don’t like it on any woman who isn’t styled for a robotic Paco Rabanne fashion spread from the 60s, which would be too theatrical for a First Lady at any event, much less the Inauguration.

By forcing us to reexamine our approach to women’s style, Browne is throwing his lot in with Lena Dunham and the Neo-Feminists, whose voices are rising like a tsunami throughout Western culture, America in particular.  I can just imagine what Europeans think about Dunham, but at the end of the day I’m sure they are as perversely fascinated as I am.  I already know they can’t get enough of Browne and his perverse boundary bending.

So, yes, in that respect, for how he is influencing the discourse about women in no uncertain terms, and doing it though that most influential of mediums for women, fashion and style, Browne is no doubt relevant.

Just don’t ever call him organic.