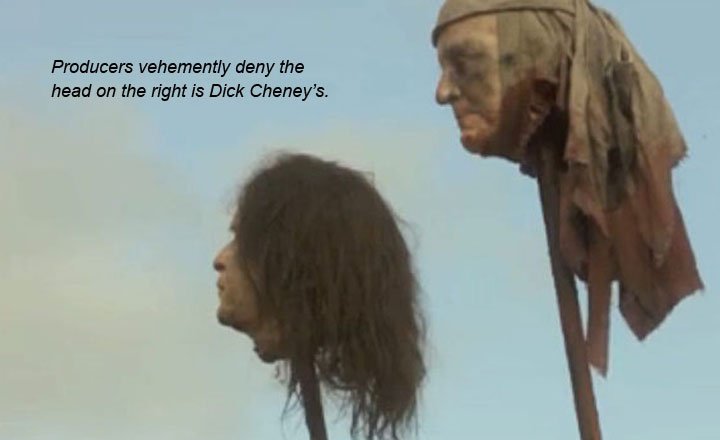 It appears HBO has done a hatchet job on old Georgie’s puss by digitally lopping off his nose and chin.  While we’re only guessing from the screen grab below, it seems to be yet more cheesy Game of Thones VFX; we have never see anything so appallingly amateur and cheap as the scene where Daenerys and her dragons burn down the House of the Undying.  It was like a flashback to a late-60s Godzilla movie.  The new Bush on a Stick looks like a seven-year-old was fiddling around with the Photoshop eraser tool:

Read more about it HERE from Deadline.com  Our original post:

In a story that has disappointed elite liberal atheists across America, it appears we are not still in the Middle Ages after all: sticking the severed head of a despised former ruler on a pike is no longer acceptable, even in effigy.

Both HBO and the producers of Game of Thrones are apologizing profusely for the glimpses of George W. Bush’s noggin on a stick at the end of the season one finale.  The shots have been excised from all DVDs and other copies of the show, which is a pity because it’ll only further underscore what a ham the actor who plays teen King Joffrey really is—he needs all the cutaways he can bag.

“George Bush’s head appears in a couple of beheading scenes,” producer David Benioff and writer D.B. Weiss explain on the disc’s commentary track. “It’s not a choice, it’s not a political statement. We just had to use whatever head we had around.”

One Republican leader expressed his outrage in language apparently mimicking Sarah Palin‘s: “Americans of all political persuasions should stand up and demand that things like this should not continue.”  Why are Republicans always demanding that folks “stand up”?  It’s a bit insensitive to those who can’t, like infants and mermaids. 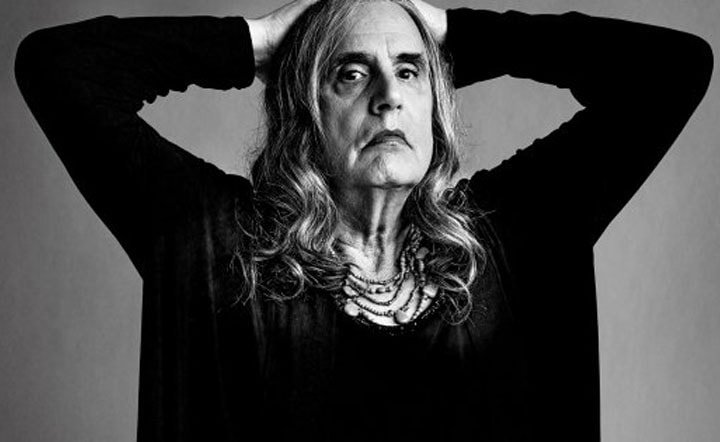