Now that someone seems to have dealt a few get-a-grip-girl wallops to Trump and steadied his thinking somewhat about this “normal” flu, let me jump in to the ebbing fray with my too bitty two bits about this all-important messaging business and its partisan complications:

If China has a hard time censoring the flow of information, we don’t even try. Biden could have the pulpit just as easily as Trump, if he were a truly qualified leader who knew how to seize the moment. Yes, Andrew Cuomo is shining brightly in the spotlight, and there are now cries for him to run for president, but he’s only doing what governors are tasked to do in rare situations like this; implicit in the word “united” is that the states are actually independent.

To wit, Cuomo has just issued an order to seize medical equipment—not Trump, not Pence, not Kushner, Cuomo. He didn’t do it because he’s exasperated by inaction from Washington, which must govern the entire Union without stepping on states’ rights; the time was right, the cases and death toll probably triggered agreed-upon actions in Cuomo’s overall emergency plan for the State. To wit two: after Trump said the other day that he was thinking—just thinking—about imposing severe restrictions on New York State that would amount to partial-martial law, Cuomo said it would be “an act of war.” And that was that from New York-native Trump.

Obama Got the Message: He Was a Tyrant, Too

If you think Obama would have done a more effective job of calming the nation and forcing the deep-red states that are currently holding out to enforce travel restrictions and stay-at-home protocols without imposing martial law, you’re tripping. His style of messaging might well have been as smooth as mellow jazz, but Obama would have only placated his base and the independents who voted for him.

Remember that Republicans called Obama “tyrant” throughout his presidency, from day one; most people might not have heard that branding, but it was very much there. I got regular Tyrant Obama emails from Dad; when I asked to be removed from the mailing list, he said, “No. You need to know the truth.” Trump’s style placates his base, around 43% of the nation, plus another 25% who think he’s handling this well, i.e., close to 70% of the nation.

As someone with a gruff, authoritarian style myself, I often get “It’s not what you said, it’s how you said it.” Yeah, well, buck up, America. (Oh, sorry! There I go again.) If people are still taking Trump seriously and at his word by this point in his presidency, then they might think about stepping back and taking a serious look as to why they direct their ire and blame at him rather than the sole culprit in this: China.

My observation is that the left will twist facts into inedible pretzels rather than admit a truth they think might be perceived as “racist.” If America had caused this, there would be wrathful op eds and pundit death panels ranting on CNN without stop, howling for old white men to pay for reparations before we’ve been hung, drawn and quartered for fucking up the world, once again, merely by virtue of our age, race and sex.

If the White House’s messaging is sometimes confusing and just plain wrong, I don’t know where to begin with the media’s. Today’s number one opinion piece in The Times by the arch-hateress Michelle Goldberg not only calls the appointment of Kushner to help with the administration’s administration of the fifty independent states of the Union “utter madness” in the headline, she opens her first paragraph saying Kushner’s analysis of the ventilator data “should make all Americans, and particularly all New Yorkers, dizzy with terror.” 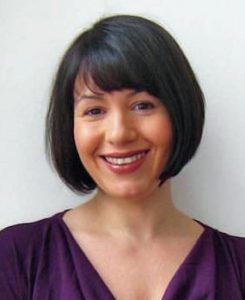 Michelle Goldberg is the worst kind of anti-Zionist: a Jewish one

Really? That’s just what Americans, and particularly all New Yorkers, need right now, Michelle: To be made even dizzier with terror by your opinion, which has been blessed and put on a pedestal by the voice of the City itself, the New York Times.

Jared Kushner might look and behave like a creepy wax mannequin brought to life by a rabbi in Prague, but he’s by no means an idiot. Natalie Portman was friendly with him when they were at Harvard together, but now she…wait, did I just mention Harvard? Kushner has the same data Cuomo has, and is entitled to analyze it as he sees fit, taking into account the needs and projections for the entire nation, not just New York State, which is Cuomo’s sole concern right now. So what if he’s married to Ivanka?

Trump’s administration is even more paired down than the Texas state legislature, which is saying a lot; there aren’t a whole lot of people who are by now seasoned in American dynamics and politics whom Trump can ask to step up to the plate. Kushner is probably being brought in to focus Trump’s own messaging, which we know he has no control over; mendacious, self-aggrandizing logorrhea is a symptom of Trump’s NPD.

I don’t know much about Kushner, no more than anyone else, if we’re honest, other than his audacity in moving the US Embassy from Tel Aviv to Jerusalem. I was shocked when it first happened, but then I got it, I think. But don’t listen to my messaging about that: I’m an orthodox, anti-BDS Gentile Zionist.

Maybe Kushner’s embassy play tells us something deeper about his strategies. After the move to Jerusalem there was none of the predicted fallout out that would enflame the entire Middle East, bring oil supplies crashing down, plunge us into a recession, slaughter thousands of innocent Palestinians, etcetera and blah blah. What it did do was bolster relations between America and our tiny-but-fierce beachhead of liberal democracy in an area of the world that is literally ruled by fascist-like dictatorships and absolute monarchies operating by a bloody, bellicose doctrine. It also sent a definitive message to our many enemies in the region.

Despite my dislike for the opinions and messaging of “pundits” like Michelle Goldberg, I’m fairly convinced that by the time all of this is over, America will move back to a more reasonable center, that we’ll switch off and de-platform the equally toxic messaging from both right and left. But I’m probably underestimating our compulsion to be as upset as we possibly can, and to tear down our own neighbors as often as possible in order to raise ourselves up.