No doubt anticipating my review of his Nymphomania Vol. 1, Lars von Trier directly acknowledges his references to Pasolini’s Trilogy of Life — The Cantebury Tales, The Decameron, and The Arabian Nights — in the beginning of the far more tenebrous, shakier Vol. 2. The academic Seligman (Stellan Skårsgard) also begins quoting Freud, referencing his position as therapist/confessor to the battered Joe (Charlotte Gainsbourg) lying in his bed with a cup of tea that she has nursed for a couple of hours now, but which we will find out when she flings it against the wall is still mostly full. Having nodded to these tropes and devices, the director throws a few more into the mix, namely religion and the notion that pain and self-abnegation are conduits to ecstatic enlightenment.

But first, von Trier takes a moment to address his public-persona problems, which he has battled since being declared persona non grata at the Cannes Film Festival, following a delirious rant at a press conference about how people like him are all Nazis. 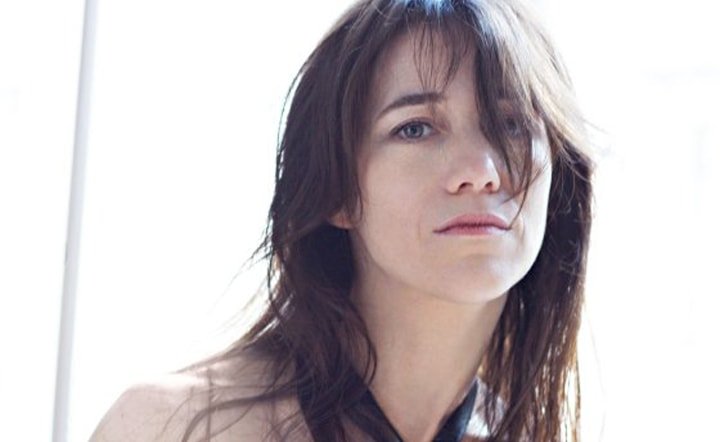 Total Annihilation Is the New Black

CRAMER VS KILLOUGH | REVIEW starring Christopher Cramer and James Killough In the video portion that is part two of yesterday's piece, there was so much to say about Lars von Trier's Melancholia that didn't make it into the review, sadly, or it would have been half an hour long.  No doubt...

There was some terribly sad news last Wednesday: Sarah Palin announced she isn’t running for president.  The fact that the final gong on that tuneless, talentless cabaret act was utterly muffled by the untimely demise of a truly great man, Steve Jobs, was the definition of poetic justice, and will set the tone for the Moosehead MILF’s rapid slip into obscurity.  However, I shall miss Tina Fey’s impersonations.  Fuck, she was funny.

Hopefully this picture will soon be a still from Celebrity The Price is Right.

Joe McGinniss’s article in the Daily Beast had a decent paragraph that summed up just how dangerous this whole episode was:

Ask any red-blooded baboon: as repressed as the Victorians were, the bustle was a flagrant invitation to do nasty things from behind.

I miss the Victorian Era.  It’s not just that I miss the high-waisted trousers and the frock coats, and the prospect of reading Dickens serialized in the paper every week.  I am probably one of the few men in the modern era who can say he had two frock coats hanging in his closet at one point, made for me by my tailor in Delhi to my amateur designer’s specifications, based on yet another Yohji Yamamoto frock coat I brought in for him to copy.  It’s not that thinking about the Victorian Era makes me miss when I had hair, either, which I usually wore long and curly on top and shortish on the sides, with my sideburns always down to my jawline.  No, the real reason I miss the Victorian Era most is because had I lived then I would have been straight.

As every gay man knows, while inwardly guffawing at those misguided conservative poodles who incessantly yip that ours is a “lifestyle choice,” only an extreme masochist with a major reactionary streak would ever choose to be gay over being straight.  Most of us believe we would make great straight men.  We’d be wonderful fathers, we would seriously pay attention to our woman’s appearance, we’d never even tire of clothes shopping with her.

The reason a Ghey like me would have been straight back then is I would likely have gotten married, had kids, and nobody would have been the wiser.  My wife would have been so repressed and confined by the rigid corset of social mores that she wouldn’t have admitted even to herself that I wasn’t banging her, much less to anyone else.  She would have ignored the stable full of handsome young stable hands, who would have walked funny after I’d spent an afternoon “grooming my horse.”  In the unlikely event of a complaint from her, I would have just yanked a lace in the back of her dress like a yo-yo string and she would have passed right out on the parlor floor like a rag doll, after being cut off from what little air she was getting to begin with.

The Victorian Era was basically when Western culture turned Japanese for a hundred years.  It was graceful, fraught with fascinating social intricacies and niceties, but was, all kidding aside, clearly a real pain in the ass.