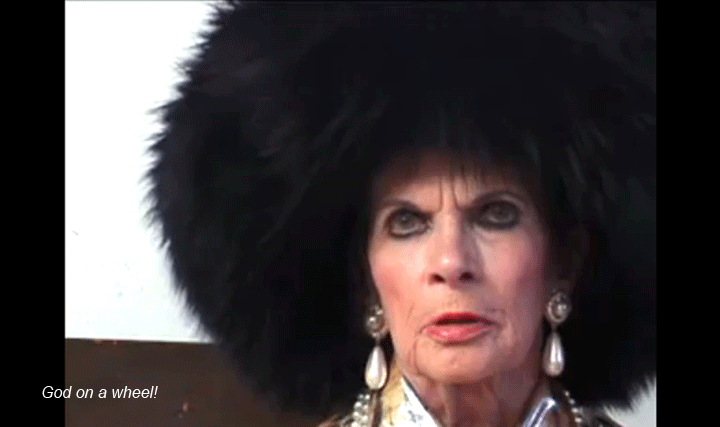 I was just thinking yesterday how PFC really ought to stay away from politics and focus more on film reviews and lifestyle.  The response to the Marcia Bachmann reward post was initially so feeble, I felt that there were others who did the political thing better than we do, so we should stick to the fluff that truly excites us.  That is, until Andy Towle posted the piece on his website.  Now we’re not only political, we’re queer activists.  For this week, at least.

Gay power blogger Andy Towle between two hunnies. He's not so bad himself. Andy, you have my contact details. Let's be a gay power couple together.

Our token Str8 Eric Baker is being a trooper about it.  I can picture him explaining his hobbies over the water cooler at his office in New Jersey.  “Yeah, and I write for this radical queer blog called Pure Film Creative.  We’ve started an avalanche that is hopefully going to bury Michele Bachmann.  My wife and son are so proud of me.”