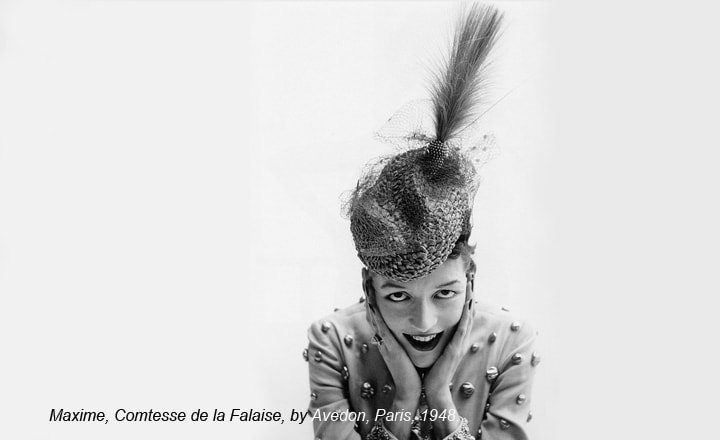 I don’t know why the death of Yves Saint Laurent’s muse Loulou de la Falaise last week has me ruminating so much.  I barely knew her, met her maybe twice very quickly.  Her mother, Maxime, on the other hand, I knew very well.  The relatively short time I spent with her was both intense and, because I was a teenager, seemed longer than it actually was in the greater scheme of a modern lifespan.

Maxime was in her late fifties when I first met her.  I was sixteen.  By that time she was already winding down a rather dramatic and eccentric career as a designer, artist, and chef.  Wikipedia has a pretty good condensation of her life.  The daughter of a royal portrait artist, she was a model for a while, then married Count Alain de la Falaise (which means “of the cliff,” in case you’re wondering why this post is so haphazardly titled), then became Andy Warhol’s ‘Factory mother.’  She was sort of to Warhol what her daughter Loulou was to Yves Saint Laurent, but that may be stretching the muse comparison too far: Warhol had a muse every fifteen minutes, but Yves had only Loulou.  Maxime divorced her second husband, John McKendry, a curator at the Metropolitan Museum, after he had an affair with Robert Mapplethorpe, whom she had introduced into New York society to begin with.  All very bohemian.