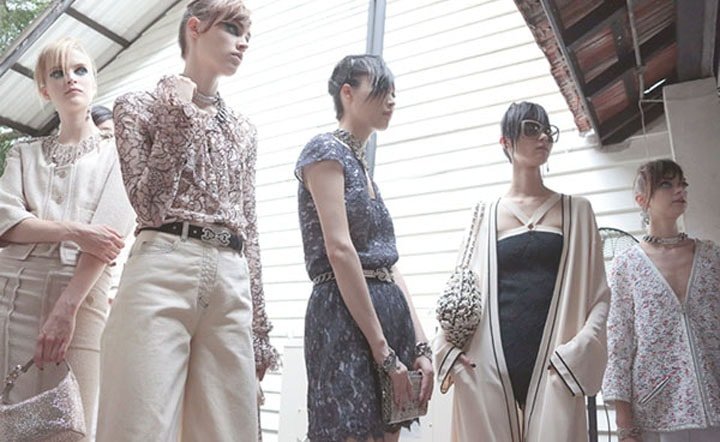 After a long, hot May Sunday of hiking in the Hills and doing typical L.A. maintenance stuff like having the car washed and manscaping the boyfriend, I repaired to the cool, cavernous King King on Hollywood Boulevard for my super-talented friend Terry Beeman’s aerial cabaret show “Mental Head Circus”, dragging the newly trimmed Scott with me.  It was a different crowd that I was accustomed to at King King, which was normally kind of Hipster-Goth cool.  This time, we sat near a party of ten that looked like an odd mix of an Orange County bachelorette party and chubby guys from the Teamsters Union and a couple of tables of gay guys.

At the risk of disappointing you, I’ve had to take some time off from watching television.  Work has been insane with the Private Sale going on and there have been lots of things I’ve had to attend in the evenings, as well.  For example, Scott and I went to see Kylie Minogue at the Hollywood Bowl on Friday night.  It was probably the gayest night of my life.

I’d expected long before that it might be quite the gay affaire but, when I “checked in” on facebook, which I’m trying to do more frequently so that my stalkers can have the most up to date information, my friend Garrett in New York immediately commented, “The bars in WeHo must be empty because every queen in L.A. is there!”  He was right, and not just L.A.  It was as though the West Hollywood, New York and San Francisco Pride Festival organizers decided to cut costs and have everyone just show up at the same place, same time.  That time was now.  On the road leading up to the gates, Scott and I each said, “Oh, hi!” with that semi-surprised look that you have when you unexpectedly run into someone you know so many times I thought our faces might get stuck like that.