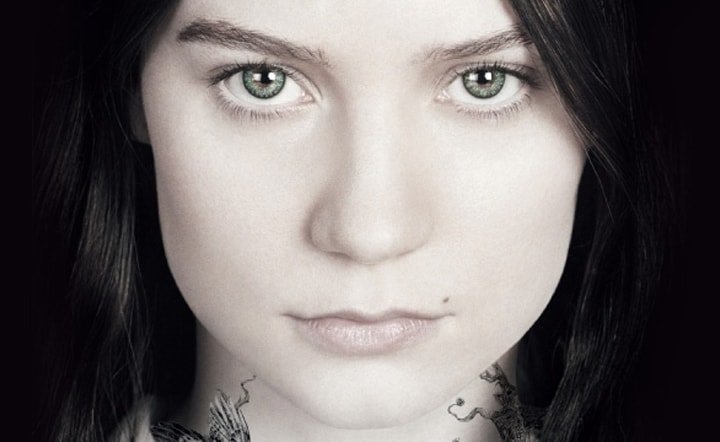 There I was asking myself the other day, Why don’t Hollywood actors ever get to star in Korean films?  And, wouldn’t you know it, Chan-wook Park’s Stoker comes out.

Ask any red-blooded baboon: as repressed as the Victorians were, the bustle was a flagrant invitation to do nasty things from behind.

I miss the Victorian Era.  It’s not just that I miss the high-waisted trousers and the frock coats, and the prospect of reading Dickens serialized in the paper every week.  I am probably one of the few men in the modern era who can say he had two frock coats hanging in his closet at one point, made for me by my tailor in Delhi to my amateur designer’s specifications, based on yet another Yohji Yamamoto frock coat I brought in for him to copy.  It’s not that thinking about the Victorian Era makes me miss when I had hair, either, which I usually wore long and curly on top and shortish on the sides, with my sideburns always down to my jawline.  No, the real reason I miss the Victorian Era most is because had I lived then I would have been straight.

As every gay man knows, while inwardly guffawing at those misguided conservative poodles who incessantly yip that ours is a “lifestyle choice,” only an extreme masochist with a major reactionary streak would ever choose to be gay over being straight.  Most of us believe we would make great straight men.  We’d be wonderful fathers, we would seriously pay attention to our woman’s appearance, we’d never even tire of clothes shopping with her.

The reason a Ghey like me would have been straight back then is I would likely have gotten married, had kids, and nobody would have been the wiser.  My wife would have been so repressed and confined by the rigid corset of social mores that she wouldn’t have admitted even to herself that I wasn’t banging her, much less to anyone else.  She would have ignored the stable full of handsome young stable hands, who would have walked funny after I’d spent an afternoon “grooming my horse.”  In the unlikely event of a complaint from her, I would have just yanked a lace in the back of her dress like a yo-yo string and she would have passed right out on the parlor floor like a rag doll, after being cut off from what little air she was getting to begin with.

The Victorian Era was basically when Western culture turned Japanese for a hundred years.  It was graceful, fraught with fascinating social intricacies and niceties, but was, all kidding aside, clearly a real pain in the ass.