This season’s Dancing With the Stars debuted this week with its first new ballroom soundstage in thirteen seasons.  The set is bigger, taller and, as if that wasn’t enough, they have the largest damn disco ball in North America in there.  It’s nice that the folks at ABC are giving them a little extra room but, with the rows of multi-colored LED lights lining every balcony, it looks like a tribute to Show Boat on a tacky Carnival Cruise ship with lighting design by someone who normally does white stretch limos. 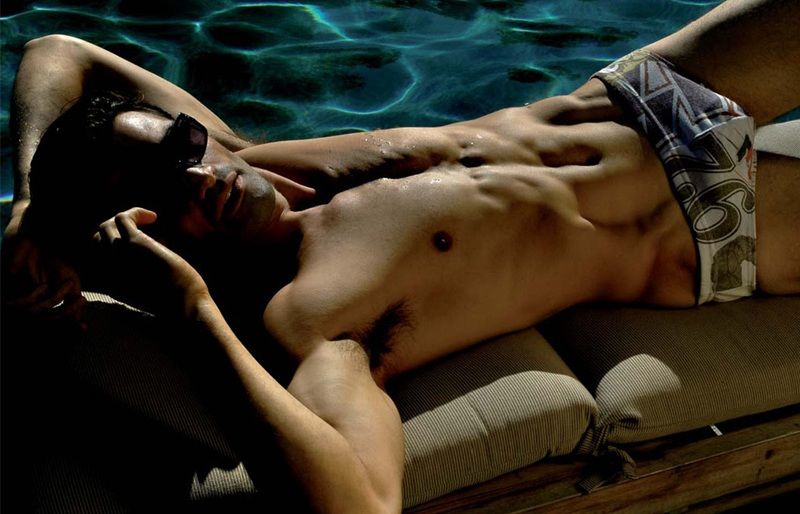 Former contestant Gilles Marini. He can dance, too! Photo: F. Goudon from BelloMag.com

Scott and I first tuned into this show a few years ago when our wonderful friend Gilles Marini was competing.  He danced brilliantly and breathtakingly and was robbed of that coveted mirror ball trophy by some trick who’d won an Olympic medal or some shit.  He was pretty unknown at the time unless you had watched the first Sex and the City movie, in which his butt should have had it’s own credit, but shaking his groove thing on DWTS got him onto Brothers and Sisters and now his career is looking pretty healthy.

I haven’t really watched the show much since then because every time they announce the cast I’m usually thinking, “Who the fuck are these people?”  At least I’ve heard of a few of the contestants this year.  We have David Arquette, Ricki Lake, Queer Eye’s Carson Kressley, some girl from The Hills and Chaz Bono.  Oh, and George Clooney’s Italian model ex-girlfriend is in there, too.

"Mirror, mirror on the ball, which is the tackiest damned trophy of them all?"

There were quite a few small-minded bigots out there who kicked up a big fuss about having transgendered Chaz Bono in the cast “on a family show” while their kids undoubtedly continued to play violent video games, download porn and torture the neighborhood pets when they weren’t looking.  This debate completely overshadowed any controversy about queeny Carson K. but, really, how can they be bothered by gays on DWTS, anyway?  It’s ballroom dancing, which is one step away from figure skating, for Christ’s sake!  And you’re watching a show with the biggest mirror ball in the Western Hemisphere, so what does that tell you?

The first contestant of the night was a huge basketball player who danced rather awkwardly, as one would expect from someone of that size, but it was the freaky facial expressions that were truly disturbing.  Soon after, Nancy Grace did pretty well for an old lady with huge boobs but it was her hot Irish dance partner Tristan MacManus who really stole the show.  And you can Google him all you want but you won’t find any pictures of him with his shirt off.  I already checked. 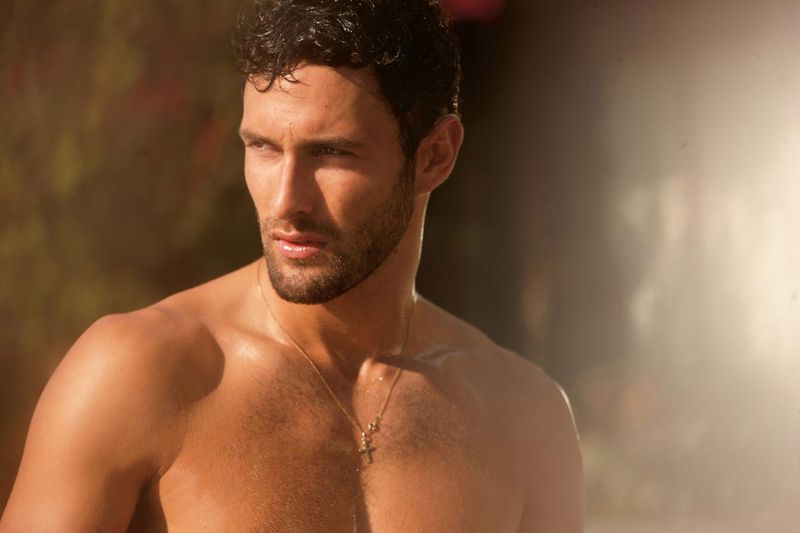 David Arquette also did quite well with a Viennese Waltz but he seemed fantastically stoned as he described how he’s been clean and sober for eight months.  Maybe he and James Franco should start some kind of club for that.  Carson then danced the cha-cha with his gorgeous Russian redheaded partner and I couldn’t really tell who was leading but there was enough fabulousness and glitter to win the judges over this week.

In the end, Chaz and his partner Lacey Schwimmer didn’t dance too badly, especially for a big fat guy, and got a standing ovation all around.  It was heartwarming that the judges and other contestants were so supportive of Chaz in the face of all the opposition from people whose social circles are probably limited to gossipy backstabbing church groups.  God knows I’m no expert on gender reassignment issues—like is Chaz’s girlfriend no longer a lesbian now that he’s a man?—but everyone has a right to their own life.

The latest in fashion news is the carnage on the London catwalks as Gucci called many of the models to a “pre-casting” in Milan, causing them to pull out of their London commitments at the last minute for a small chance at a spot in the Italian powerhouse’s show.  How rude!  Some of the girls had already missed first day of London Fashion Week because Marc Jacobs pushed his show in New York back to Thursday night and now this.  Needless to say, many London designers are less than happy right now.  We’re not going to worry much about it, though, because this week is about fashion for the guys!

Nicki Minaj and Anna Wintour at NY Fashion Week: They have so much catching up to do!

As you probably know, New York’s Mercedes Benz Fashion Week is the most commercial of the major fashion weeks with brands like J. Crew, Nautica, and Lacoste, which are not exactly on the cutting edge.  It also happens months later than the men’s shows in Milan and Paris so a lot of the buzz about what we’ll be wearing the next season is gone, too.

Cavalli Spring 2011 and Prince circa 1980-something. I didn’t even do it the first time around.

Some of the major trends from the European show like bright yellow, ocean blue and color blocking continued this side of the Pond.  I will not be wearing any of these because I remember the Eighties.  There was also some silliness in the form of Jeremy Scott’s hillbilly go-go boys that I will not be wearing and I recommend you don’t either.

There were some pretty good lines shown at Lincoln Center this year, though.  No surprises at J. Crew or Perry Ellis, obviously, but they were solid.  Michael Bastian’s tribute to mechanics and James Dean was original and had some great color and Simon Spurr’s English country estate-inspired collection hit the mark in a lot of ways.  Nicholas K was luxe and layered and is my pick for best collection but I wish they didn’t roll up every damn pant leg.

Nicholas K Spring 2012. Finally something I can sign off on.

Finally, back to L.A. where Scott and I were able to join my friend of many years, the fabulous Constance on his night at Bar Marmont.  It was great to see some old friends and revisit the scene of some of my more notorious adventures.  The décor hasn’t changed a bit, down to the butterflies on the ceiling and the small, ugly restroom.  The staff is as cool now as they were back in the day and the food is good, too.  I recommend the grilled artichoke and burrata board with a caipirinha but that just might be me feeling nostalgic. 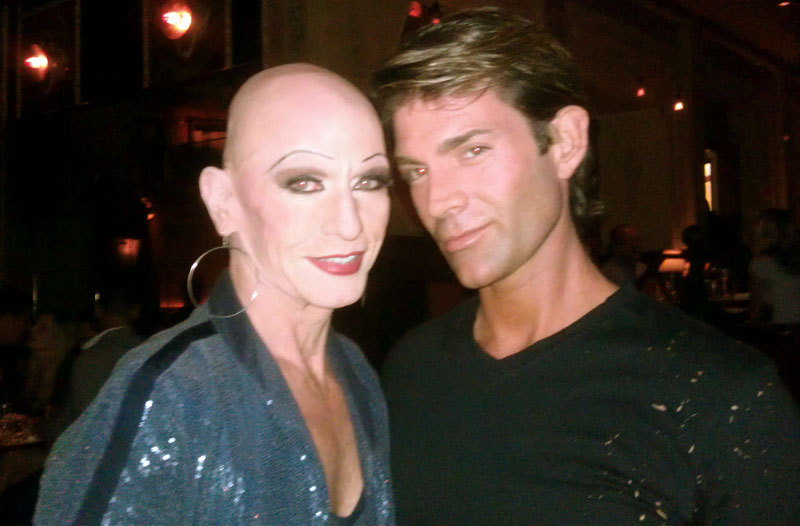 Constance will be entertaining friends and other gorgeous, talented, sometimes odd people there every Thursday night from 9 p.m. and I hope to see you there one of these weeks.  Be sure to dress for it.

I'm Zoe Over It 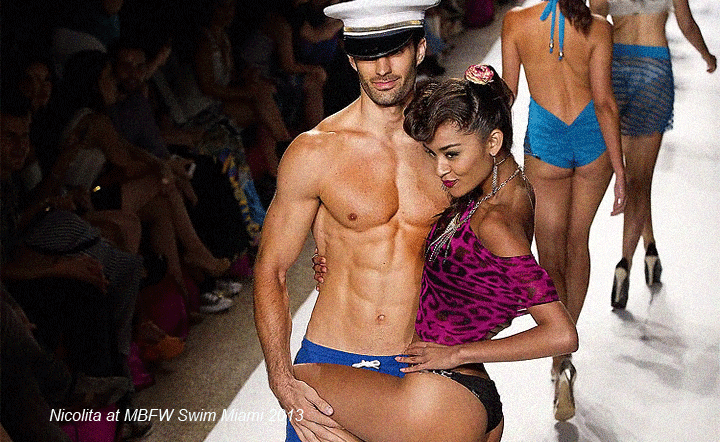