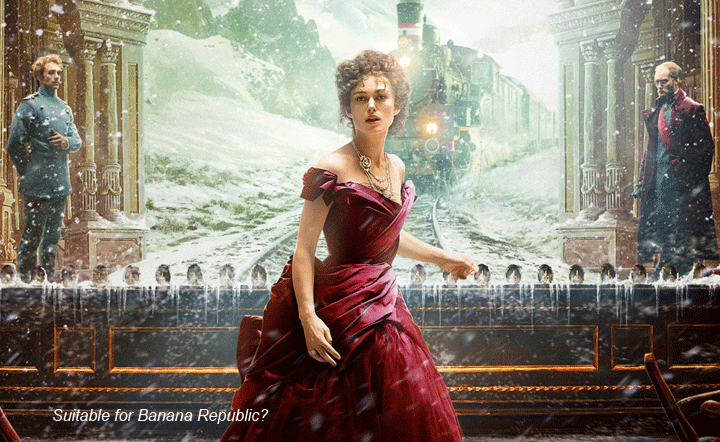 One of her competitors thought a lemon cake with smoked salmon mousse might be nice but the thought of it made me a little queasy until the skanky, tattooed chicks competing against her decided to do a smoked paprika cupcake filled with salmon cream cheese and topped with sweet butter cream icing.  That’s when I thought I might either throw up or change the channel.  I don’t know how they totally forgot to make this salmon filling, which was the single-most important component of their recipe, but the judges and on-set medics were probably very relieved.

After we’d had enough of the campaign ads and questionable baked goods on TV, Scott and I ventured out into the 90-degree day for some shopping at The Grove, L.A.’s premiere Disneyland-like shopping plaza.  Our mission was to find him some new shirts but we struck out at Zara and the Gap before venturing into the newly relocated Banana Republic, where we were greeted by a gorgeous white ball gown in the window.  It turns out that costume designer Jacqueline Durran has collaborated with the retailer on a capsule collection inspired by her upcoming film Anna Karenina, but that white gown was the only item that recalled anything vaguely Russian, or vaguely aristocratic, for that matter. The BR Anna Karenina collection. Bit of a stretch. Just a bit.

A vignette just inside featured some neutral colored knits and sheath dresses with black signs indicating they were part of the Anna Karenina capsule, but they looked more like part of their popular mid-century Mad Men collaboration.  I was really having a hard time seeing the connection even after reading a statement from Banana Republic’s Creative Director, Simon Keen, that “it’s really about taking key elements of that time period—sophisticated color, fabrics and beautiful detailing—and translating that into an updated wardrobe.”  I don’t think I can get on board.

For me, the key elements of that period are voluminous skirts involving petticoats and twenty pounds of silk taffeta and the frequent fainting spells associated with tightly laced corsets.  I know those aren’t really key selling points for the modern woman so, from a marketing perspective, I can see why they left those things out.  It’s just that there is so little connection with what nineteenth century Russian aristocrats wore that you could just as easily say it was inspired by the Sex Pistols or the Wild West.  Maybe Banana Republic would be better off waiting for the Blu-ray release of Breakfast at Tiffany’s for a better fit.

Oh, that came out last year, you say?  Well, I’ll call them if I think of anything else.