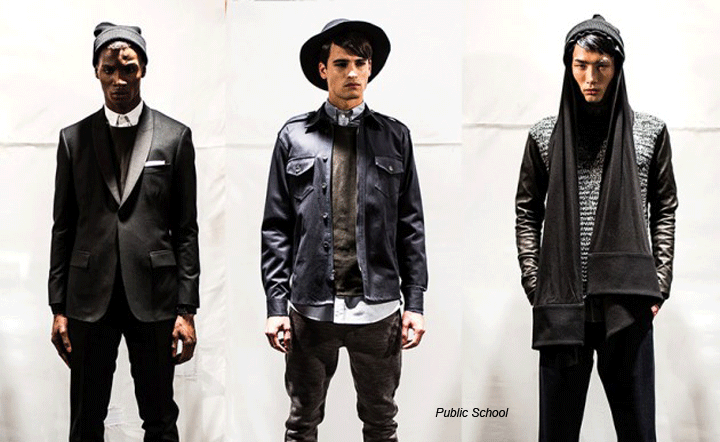 While you were watching ABC’s Mistresses for the first and last time on Monday night, New York’s fashion elites were partying their asses off at one of several after-parties around town.  You see, the awkwardly yet aptly named Council of Fashion Designers of America had just held their annual awards show at Lincoln Center and what’s an awards show good for but an after-party?  At the ceremony itself there weren’t any big surprises aside from how big Diane von Furstenberg’s head looks with her hair pulled back.  The Proenza Schouler guys took home the Womenswear Designer of the Year award just like they have three of the last five years; Thom Browne won for menswear, as did Phillip Lim for accessories.  They’re all commercially successful and, in the case of Thom Browne, even push the sartorial envelope a little bit, especially for an American. A far more interesting revelation for me was the roster of newer designers awarded the Swarovski Awards for Emerging Talent.  I’ve heard of these labels once or twice but had never really given them much thought.  I’ll pay more attention from now on, especially to Suno, which won the women’s category.  The spring line was an exercise in mix-and-match with a huge array of light, airy, layered and exquisite pieces.  It could be a bit much at times, especially if someone tried wearing the head-to-toe looks, but fresh and original.  The fall collection is darker and more traditionally European but still fun with a healthy dose of whimsy and nods to Rodarte and Prada.  The Suno label was founded in 2008 by Max Osterweis and Erin Beatty and can now be found at 60 retailers worldwide, including Opening Ceremony, Harvey Nichols and Chicago’s Ikram.

I was initially less enthusiastic about the Emerging Menswear winner Public School by designers Dao-Yi Chow and Maxwell Osborne but I think that’s a result of their Amish hipster styling.  The stuff is definitely wearable and the reasonably priced pieces, which have been focused around leathers and denim over the last couple of seasons, appear pretty strong.  Also, this coming fall collection is a little less Hedi Slimane and a little more Rick Owens, which is a pretty good thing in my opinion.  The line is made entirely in New York’s garment district and is available at select Barneys and Bloomingdales.

So, that’s your fashion news for the week from a guy who hasn’t changed out of his gym shorts all day.  I hope you enjoyed it.