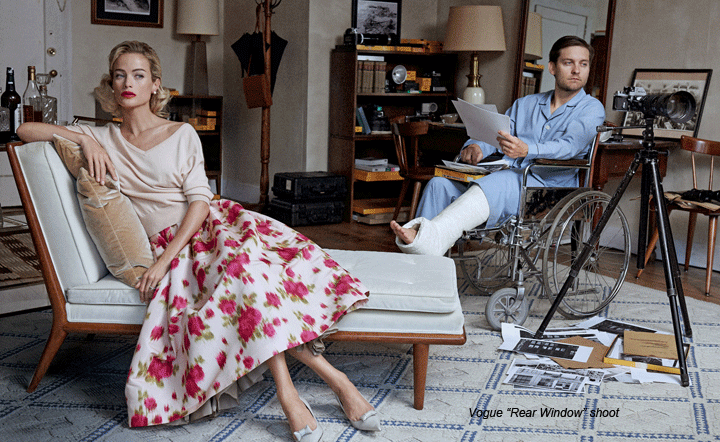 It’s been a while since I’ve had the time to indulge in new TV shows because Scott and I have been busy building our anti-aging skincare business and it takes up the little time I don’t spend on fashion, polo or sleeping.  Now, I know you’re going to wonder why I’m involved in anti-aging products and tell me that I don’t look a day over 24 and you’re right, I don’t.  But you do, so you should definitely check this shit out. So anyway, Scott was out of town over the weekend and I got a chance to catch the pilot episode of a show on the E! Network called “Playing with Fire”, which is incidentally not about playing or about fire.  It’s about a bunch of whiny New Yorkers who are all somehow involved in the restaurant business.  The requisite cast intros at the beginning make it seem that there are about 45 of them but I could be wrong because most are so boring that I wouldn’t remember their faces if I’d sat across from them at dinner the night before.  I’d have remembered the Chef Boyardee granddaughter Anne, primarily because her name is really spelled “Boiardi” and she’s been a brand ambassador of sorts for the label since she appeared in a commercial at the age of two.

The ones who really intrigued me, though, were the cocky Koch twins who are successful restaurateurs and who seem to represent the opposing twin archetypes of “the responsible one” (Derek) and “the wild one” (Daniel) almost too clearly, though this is probably a clever trick of the hair stylists and costumers.  Aside from being actually successful in the business that they’re supposed to be representing on TV, they’re pretty good at building a believable rapport even within the confines of the producers’ obvious attempts at creating silly conflicts. (What? The toys that we need for our opening night aren’t ready yet because the toy makers were partying at Burning Man for two weeks?  But I thought you were taking care of it!)

Also, they take their clothes off a lot and that’s a good look for them.  They’re often less successful with their clothes on, like when they venture out to an artsy Brooklyn loft in matching plaid shirts with ties and skinny rolled-up pants.  They looked like uptight douche bag hipsters but it was fun seeing them interact with those drugged-out would-be toy manufacturers because they went from hipster to horrified corporate brass in a hot minute.

After the commercial break, we were back to Anne Boiardi and her obnoxious Italian mom making competing versions of pasta Bolognese but I was more interested in reading the ticker tape E! News feed at the bottom of the screen about Fergie’s pregnancy.  That’s not a good sign, right?  Finally, the climactic party scene where the hot twins opened their new place in the Meatpacking District wasn’t really so compelling because the drama of the whole thing was centered around how early Derek was going to be dragged out of the party by his goddamn girlfriend so they could go to Disney World.  Really?  If that’s what we’ve come to, I’m out. Anyway, nothing much is happening on the fashion front at the moment since most of the Spring/Summer deliveries have already arrived and it’ll be a while before we pre-Fall begins trickling in, but there is a lot going on around trying to sell the stuff that we have in stock.  Once in a while, I stumble upon a great editorial shoot that changes the way that I think about what’s on offer and American Vogue had just such a spread in the April issue’s “Window Dressing,” which featured the lovely Caroline Murphy and a woefully miscast Toby Maguire in a reimagining of Hitchcock’s classic Rear Window.  It’s saying something that I loved the spread because, as a Libran, I’m obsessed with balance and beauty but I’m also a big Hitchcock fan.  Thinking back on my first viewing of Rear Window some twenty years ago, the first thing to spring to mind was how claustrophobic the film seemed, being confined to a single apartment and the view over a dingy courtyard.  The only bright spots were the occasional visits of the stunning Grace Kelly, though her fabulous couture get-ups seemed weirdly out of place.  Then I remembered how the tension built slowly and how I actually had to look away when the shit was about to hit the fan. The Vogue shoot is nothing like that, of course.  There is no tension, especially when we are wondering what the fuck little Toby Maguire is doing in the shot when Ms. Murphy is clearly there to sell some goddamned clothes.  She is modeling her ass off, probably to compensate for her recent gig hosting Project Runway: All Stars where she was about as relaxed and natural as a ninth grade talent show contestant.  It might make sense, then, that Maguire is totally lost in the photos because he gets paid the big bucks to emote and stuff in projects like the upcoming Gatsby film yet can’t quite bring it in a fashion shoot.  Also, I think he’s about 5’7” so that could be a contributing factor even if his character is in a wheelchair for the whole shoot. Mostly I’d like to complement Vogue’s Creative Director Grace Coddington on her ability to vet the most chic circa 1954 ensembles for Murphy from current collections and stage them in a way that clearly pays tribute but doesn’t attempt to copy the original.  Well done, Grace and photographer Peter Lindbergh!  Keep up the good work.