It took me a while to get around to finally seeing Bravo’s new show Million Dollar Decorators because the commercials for it were so awful.  It looks like a bunch of douches with dueling egos who don’t even know each other outside the show pretending to do some fake design projects for the benefit of the cameras.  Just name it “Real Housewives of Interior Design” and call it a fucking day.

What recession? The stars of Million Dollar Decorator have BUDGETS, baby.

The show actually begins Housewives-style with the five pretentious Los Angeles-based interior designers making grand pronouncements and then posing awkwardly while crossing their arms and stuff.  The attractive Jeffrey Alan Marks proclaims, “I don’t follow the trends, I set them!”  Well, he was attractive before he opened his damned mouth.  Bullfrog-like Martyn Lawrence-Bullard counters salaciously with “Decorating is totally delicious!”  Kathryn Ireland channels Edina Monsoon with, “I’m not a house designer; I’m a life designer!”  “Glamour is everything!” barks botoxed Mary McDonald like an Atlantic City showgirl before Nathan Turner shrieks out, “No budget is the best budget!” like it was the last minute and he couldn’t think of anything better to say.  What the hell is he talking about? 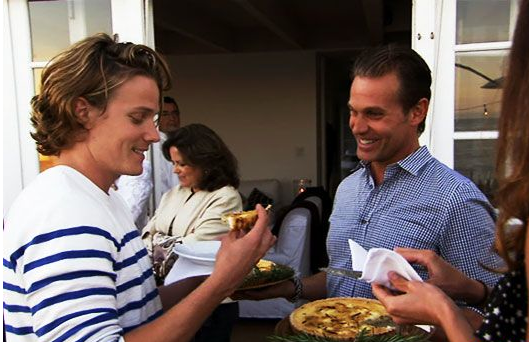 After catching a bit of a recent episode, I went back to watch the pilot, which was a riot of awkward, obviously set-up little scenarios.  Mary’s office is a chaotic mess with little dogs overrunning the place as she states that she could “easily spend five million dollars on a house.”  I have to admit that, when she later goes to a client’s Beverly Hills place and points out that the standard, run-of-the-mill Berber carpet in the guest house “is just weird” like she’s never seen one before, I swoon a little.  When she visits a horrid and enormous tract home in Manhattan Beach and says, “the inside of the house has a bit of a Taco Bell meets, I don’t know, Taco Bell?” I fall completely in love.

The imperious, exacting Mary McDonald plays clients like fiddles by firing them all the time.

Martyn Lawrence-Bullard—and I believe the world should be contractually obligated to refer to him with his full name at all times—talks about how he came to L.A. to become a star, which is a bit of a WTF moment because he’s just so weird looking.  He drops a bunch of celebrity names and then has a fake “meeting” with his office manager so he can drop more celebrity names.  He is so supercilious, especially when speaking directly to camera, that I want to slap the fat out of his cheeks.  It is then I realize where I’ve heard him!  His voice is that of Stewie, the gay-sounding baby with the deep, annoying British accent on the popular show Family Guy!  (As a side note, I should mention that I received a Martyn Lawrence-Bullard candle as a Christmas gift last year that was meant to evoke the Ottoman Empire.  If the Ottoman Empire smelled like camel barf and cigarette smoke, I think he hit the nail on the head.) 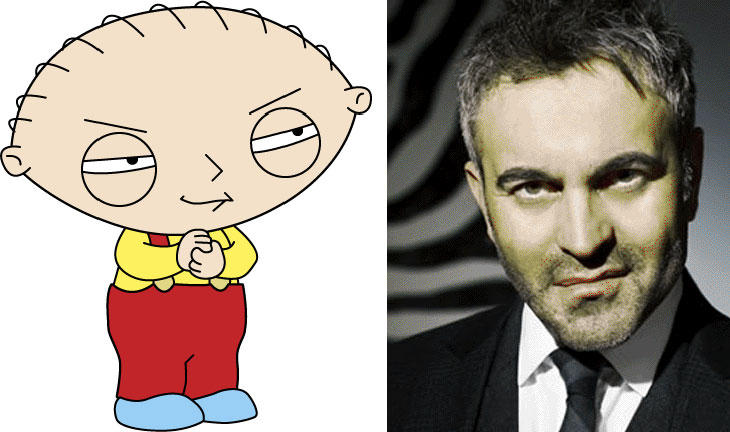 So Baby Stewie grows up to be a flamboyant decorator in LA with a penchant for hyperbole and expensive chocolates. We were sure he was going to become a gay Dr. Strangelove. So disappointing.

The breakout star of this show might just be Kathryn’s wonderfully eccentric turbaned French housekeeper, Jacqueline, who wears dark sunglasses in the house and speaks with such a thick accent that subtitles are required.  The other characters don’t really get interesting until later, like when Jeffrey starts feuding with his boyfriend/project manager, Ross.  I understand that the much younger Ross is very by-the-book and that he has to devote a lot of his attention to his weird accent and keeping his hair messy but he really should focus more on his work.  I love that the seemingly shy, hunky Jeff hides out in his beautifully decorated “Butler’s Pantry” with the dog and mixes cocktails when there’s discord in the air.

"I don't do ze windows. Or ze dishes. Or make ze beds. Or vacuum. Cocktail?"

Looking past the heightened drama, though, it quickly becomes apparent that these people are the real deal.  Over the course of a couple of episodes, Martyn Lawrence-Bullard does a beautiful library for Jimmy Choo’s Tamara Mellon in New York and an amazing living room for Daisy Fuentes in L.A. created around a photo of a crumbling Havana townhouse.  Mary does a very chic, exciting home office for boutique owner Jill Roberts featuring what seems to be her signature, a bold graphic floor.  I’m sure the others have done some spot-on projects that I just haven’t seen yet.  It’s a shame there are only eight episodes this time around but I’ll definitely be watching the next season.  A big bravo to Bravo for finding some bitches who really kill it when it comes down to doing great design work!

Speaking of great design work, you didn’t see much of it at Monday’s Dior Couture show.  This was probably the most anticipated show of the Fall 2012 Couture season and we were all biting our lip waiting to see what would happen now that Galliano’s gone.  Interim designer Bill Gaytten may have worked closely with Galliano for many years and had a top team for this show, including Pat McGrath for makeup and Orlando Pita for hair, but this collection was a total tragic mess!

The first several exits looked like 80s Club Kids had taken over the atelier, then came a less aggressively offensive section of soft peaches and a couple of looks that I actually liked, recalling Puerto Vallarta-era Liz Taylor, before descending into crazy clown land and the fantasy gowns that closed the show.  The clown was ultimately a poor choice for the final image, giving plenty of fuel to the critics who are understandably ripping the collection apart.  The venerable Tim Blanks on Style.com explained it thus: “Then came Karlie Kloss, dressed as a Pierrot, sad clown all alone in the spotlight as the soundtrack failed and glitter showered down.  But the stardust missed her by this much.  And that felt like some kind of crazy cosmic metaphor.” 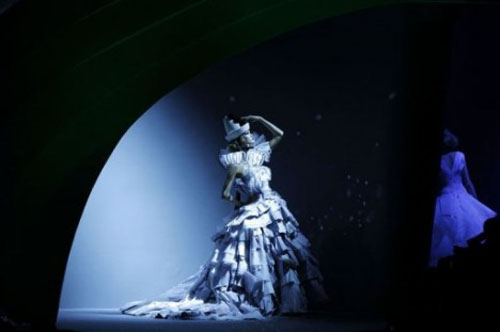 You'd better believe Galliano has a few choice invectives for this crap.

It’s especially hard to take when you remember that the last Dior Couture show for Spring 2011 was one of the most beautiful fashion spectacles in recent years, but that dumbass Galliano couldn’t hold his liquor, and now this is what we’re stuck with.

In other fashion news, Paris Men’s Fashion Week for Spring 2012 wrapped up last week and looked like a big success with light, sporty and luxurious looks.  The colors were all over the place and there were lots of great silhouettes making it possible for us all, to quote Lanvin’s Alber Elbaz, to be “an army of individuals.”  Below is a quite well done video overview of the shows from Style.com

Though there was a lot to choose from in terms of volume and texture and color, it looks like I’m leaning toward sleek and simple.  Here my own top picks from Paris Spring 2012:

Finally, when you can see the light at the end of the tunnel, you should probably ask yourself what you’re doing in a damn tunnel. 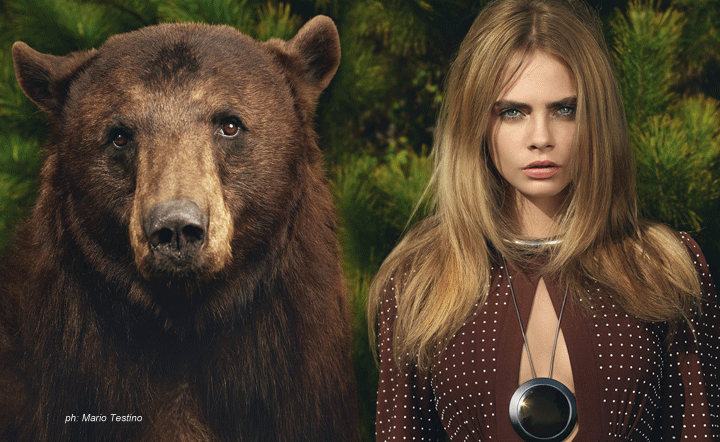 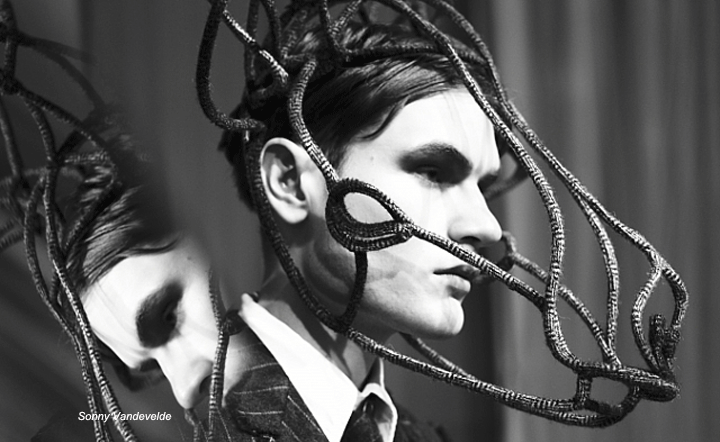 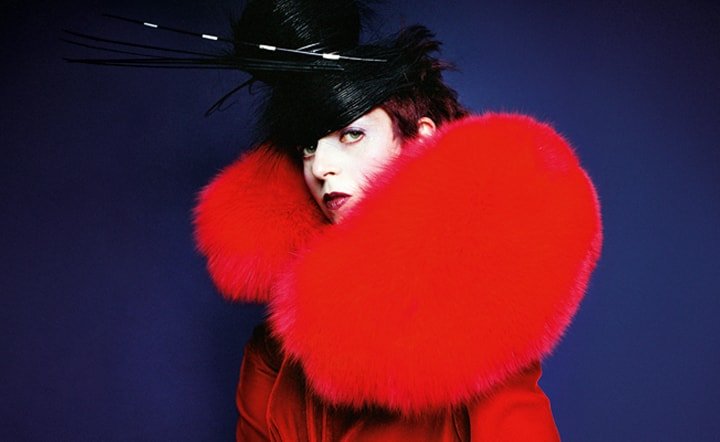