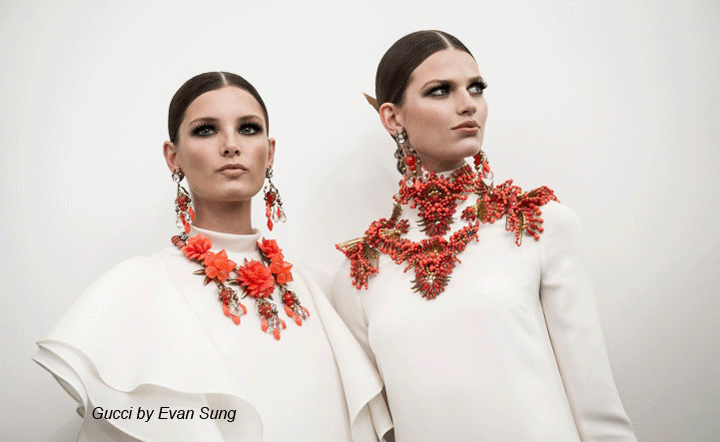 Did you catch that big disaster movie on TV last weekend?  I know that Lifetime’s Liz and Dick was meant to be a fresh start to Lindsay Lohan’s acting career and, though it did demonstrate that she could show up for work enough times to actually get a film made, I don’t really think it’s going to be the renaissance she was expecting.  Despite his drugstore wig, the poor actor playing Richard Burton did a passable impression, but Lindsay looked and sounded less like Liz Taylor that the guy who rang me up at Trader Joe’s today.  I lasted about ten minutes before I had to change the channel out of sheer embarrassment from the semi-nude pool scene. Speaking of semi-nude, it’s nearly December and I did my weekly hike to the Hollywood sign this afternoon without a goddamn shirt on.  It’s hard to believe that the spring collections are already in stores when it’s still not cool enough during the day to wear a winter jacket, but that’s one of the harsh realities of fashion: unless you regularly jet back and forth over the Equator, you’ll have to think about what you’re going to wear months ahead of when you’ll be able to wear it.  I know I’m not the only one who wishes the whole fucking thing would slow down but, so far, I haven’t been able to do anything about it.

Luckily, the women’s Spring/Summer 2013 Fashion Weeks only took place a couple of month ago so, unlike the men’s shows, they don’t seem like ancient history.  Let’s take a look at a couple of the trends for spring you might look for while you’re out there doing your holiday shopping. Another other important movement this season is the ruffle.  We’re not talking frilly little County Fair ruffles this season; these are big, bold architectural ruffles.  They really stood out in all-over bold colors at Gucci and fluttered down the catwalk at an uncharacteristically delicate Givenchy show while Gareth Pugh made them beautifully sinister.  When I saw them at Chloé and Balenciaga, I started to wonder if designers were competing for the Biggest Ruffle Award, which Chloé would probably win, but you don’t have to go that big unless you need to be viewed by satellite.  And that’s just the beginning.