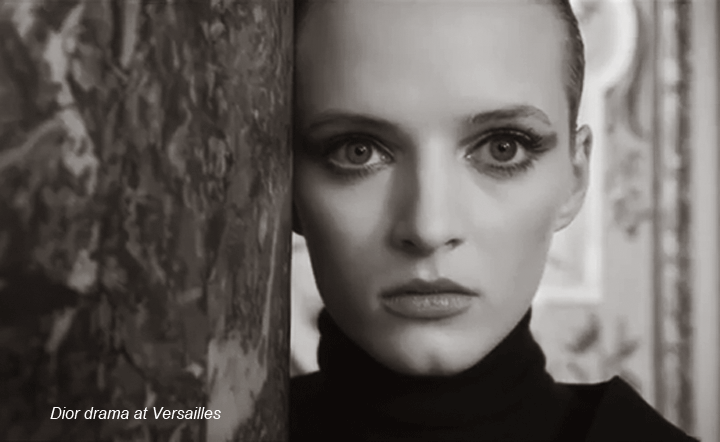 As Americans suffer in the grip of a scorching heat wave, the fashion world continues to impatiently push us toward autumn with the big, thick September issues of all the important magazines.  My first one arrived today.  There are so many ads at the front that it usually takes me about half an hour to find the table of contents so I’ve decided to skip it from now on and just start reading in the middle.  I probably won’t miss anything important; just some letters from the editors and finely printed apologies for fucking up some photo credit a couple of months ago.

I’m only too aware of how schizophrenic this inundation of fall/winter feels as I bounce between hiking the sunny canyons in just gym shorts and sunglasses one day and tracking down a rainbow-dyed Mongolian lamb hooded coat for a VIP client the next.  Let’s take it slow, then, and ease into the season with some autumnal fashion that you don’t even have to try on because you can watch it on you laptop. Fashion films have been gaining in popularity as fashion houses look beyond traditional advertising into the online world to compete for the coolness quotient that can be gained there.  Perhaps it’s no coincidence that the length of these videos has also shortened to accommodate the attention span of the target audience.  What makes a successful fashion film is subject to some debate but I asked the opinion of Diane Pernet, founder and director of the influential festival A Shaded View on Fashion Film (ASVOFF).  We agreed that the “photo shoot in motion” concept was a pretty weak one to build a film around, but she had many other helpful guidelines, as well.  One of my favorites: “Colored smoke isn’t really all that impressive.”

The Bally Fall/Winter 2012 film was a prime example of the moving photo shoot and how boring it can be with some pretty people sitting around in the Alps but at least there wasn’t any colored smoke.  Alexander Wang’s black and white film for his T by Alexander Wang collection might also fall into this category, but it’s more of a music video and the clothes look cool.  And I don’t know who the hell Bibhu Mohapatra is, but they put together a film that uses a lot of the clichéd mirror images that Diane advises strongly against. “Please,” she says, “just don’t.”

There will always be a force in the fashion world to push things into the ugly and challenging but that doesn’t mean I have to like it.  The Alexander McQueen nails-on-chalkboard screeching neon nightmare is such a shame because it wastes a perfectly lovely collection and, from what I could make out, it only shows one dress over and over.  I’m not as big a fan of Kenzo as I am of McQueen and there won’t be any danger of my becoming one if they keep it up with their bad 80s music videos.  Remember when MTV only had about eight videos to play and one of them was Culture Club’s “Do You Really Want to Hurt Me?”  Now you don’t have to watch the Kenzo film.  You’re welcome.

A couple of campaigns came very close to hitting the mark.  Mikael Jansson’s film for Salvatore Ferragamo had Kate Moss, Karmen Pedaru and Sean O’Pry looking gorgeous as they slinked around the decadent halls of Berlin’s Russian Embassy but despite some “surveillance video” effects, not a damn thing happened.  Not a cracked safe nor a passed note.  Nada.  “Secret Garden – Versailles” by Inez van Lamsweerde and Vinoodh Matadin didn’t have a narrative either, but there are beautifully shot scenes of model Daria Strokus running around the palace gardens and the Hall of Mirrors.  The audio of Depeche Mode’s “Enjoy the Silence” adds a lot but I think nearly four minutes is a bit long even if the clothes are really pretty.

Finally, there were actually some fashion films with a story.  DSquared2’s “The Substitutes” by Mert and Marcus showcased the collection on a classroom full of sexy twenty-something “high school students” while designers Dean and Dan Caten were on hand to encourage the misbehavior.  It was fun, flirty and lively and, in the end, kind of funny, too.  My top pick, though, is easily Prada’s amazing chess game by Steven Miesel.  Clean and stylish, there is also an element of suspense as the music builds ominously and the model pawns face off in their exquisite fall 2012 ensembles.

The ultimate fashion film, also from Prada, debuted at last spring’s Cannes Film Festival but I don’t think it represents any particular season.  Roman Polanski directed “A Therapy” featuring Helena Bonham-Carter and Ben Kingsley as a self-involved socialite and her therapist in a wonderfully comic vignette about the attraction that fashion holds.  If you’ve not seen it, I recommend watching it HERE.