I turned on the TV the other day to have something in the background as I hung little Chinese lanterns on our Christmas tree, but I wasn’t really in the mood to watch football.  That probably has something to do with the fact that I fucking hate watching football.  Luckily, there was a twelve-hour marathon of this show called Untold Stories of the E.R. on TLC where we learn how emergency-room physicians become quick-thinking medical detectives, along with some astoundingly bad acting and the tedious re-caps and “coming up” parts that stretch a half-hour concept into an hour-long program.

About the time I was balancing the yellow dragon’s head on the top of the tree, I heard the narrator say, “It’s Independence Day in the E.R., which means senior staff get the weekend off.”  I immediately thought, “What?  The most qualified physicians take off the one weekend when those drunk idiots out there are most likely to crash their boats or blow off their hillbilly fingers lighting illegal M-80s to celebrate the birth of America?”

Because, of course, it’s a well-known fact that the Founding Fathers liked nothing more than tossing back a few brewskis on the lake before playing with sparklers in the dry grass.  Anyway, I guess those doctors are so damn patriotic that they turn the hospital over to the med students on the most dangerous day of the year, making it a really bad time to be a patient.

The show begins with junior doctor Kristen Nordenholz’s first day running the E.R. and her first patient of the day is a victim of a house fire who is coughing up soot and screaming wildly about her missing cat as they wheel her in on a gurney.  It turns out that she’s also having a heart attack and no one can figure out why until Dr. Kristen surmises that she has a rare syndrome that weakens her body’s connective tissues.  Interesting.  It reminded me of years ago when my wonderful roommate Claire booked a role on E.R. as “Screaming Woman on Gurney” but, luckily, Claire didn’t have any weird diseases.  I don’t think her character did, either.

Next up, rookie medical student Evan Green is inexplicably ordered to attend to a pregnant woman in the final stages of labor when she wanders in from the street with a husband who looks like a second-rate telenovela actor.  Evan runs around the hospital corridors looking for a wheelchair, finds one and plops the lady in it, then the whole family runs around looking for the E.R. for so long that it begins to resemble an old Three Stooges movie.  When they finally get there, he still has to deliver that damn baby, and can’t understand why people say it’s a beautiful experience because he thinks it’s more like Aliens.

"Dude, you looked so much better before you left the Clairol in too long."

Our third scenario is Dr. Coogan and his patient Donald who is dealing with a persistent cough and is, in mental illness lingo, “off his meds.”  The cough is just a symptom of a lingering cold but it turns out that’s not the only problem.  Donald also thinks he has some else’s face.  Dr. Coogan calmly says, “His face looked normal to me,” which was probably the funniest thing in the episode, but then he realizes that it was actually puffy compared to Donald’s driver’s license photo and thinks it might be related to something that shows up in his lung X-ray.

In the end, I guess it all turned out okay.  The crazy cat lady found her cat and survived, the med student delivered the baby without fainting, and Donald ended up having lung cancer.  Hey, at least he wasn’t that crazy!

What I really took away from this experience is that a lot of people don’t have good eyebrows.

So, Chanel showed their métiers d’arts collection “Paris-Bombay” at the Grand Palais last Tuesday.  I know that seems like a million years ago in the fashion world but, like, whatever.  I’ve been busy.

When the still photos from the opulent collection started popping up, I fully expected to launch into a pseudo-political analysis comparing the period of the Indian Raj, which clearly inspired this collection, to today’s world economy where massive wealth is again concentrated in the hands of a few mega-rich while everyone else is wondering when the bank is going to take their house.

Most other designers launch their pre-Fall collections with a “look book” of photographs of mostly wearable basics. Herr Lagerfeld for Chanel, on the other hand, puts on a show of top models wearing outrageous costumes and dripping with jewels who sashay around curved tables that groan under the weight of the silver, crystal and rare flowers that are piled on them.  Don’t get me wrong; I’m usually a big fan of excess and fabulousness but this seemed to border on poor taste of a “let them eat cake” magnitude.  My first impression was of too much gold, too much embroidery, and too much silliness with the forehead jewelry and meerkat kohl-rimmed eyes.

Then, at the insistence of AmateurCouture.com’s M. Fay, I finally watched the video of the show that she’d forwarded from Chanel a week ago and it was an entirely different story.  The mood was much more playful than I expected, the dreadlocks on the models really worked and an essence of The Beatles’ India experience started to emerge.  Much of the collection was modeled after Indian menswear, which is a much fresher idea than trying to recycle a bunch of beaded saris, and the looks that did veer toward traditional women’s ensembles were clichéd in comparison.

My picks of the Chanel collection.

Most of the heavy gold stuff that seems to have left the fashion editors drooling weren’t my favorites, but some hot pink exits in the middle of the show were brilliant, reminding me of Diana Vreeland’s declaration that “pink is the navy blue of India!”  I think my favorite unexpected look was a sheer skirt with a heavily beaded A-line top that matched the skirt’s border, but I change my mind every few minutes.

In the accessories department, the jeweled strands that dripped out of many of the sleeves and the gloves with just the fingertips left bare definitely deserve a closer look.

A typical maharaja's folly was to have a train that shuttled condiments around the table.

As much as the Indian flavor dominated the show, the clothes were still unmistakably French, and you can spot those Chanel jackets a mile away when they aren’t covered in piles of necklaces.  All in all, the collection was a nice tribute to the talented craftspeople in Chanel’s Paris ateliers for which this category of métiers d’arts, which translates in English to “applied arts,” was created.  It will be available in boutiques from May 2012.

If you don’t want to wait that long, I also saw some really cool stuff today at Urban Outfitters. 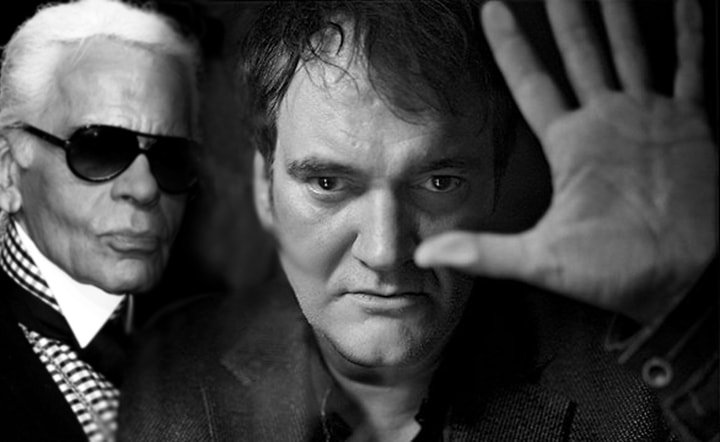 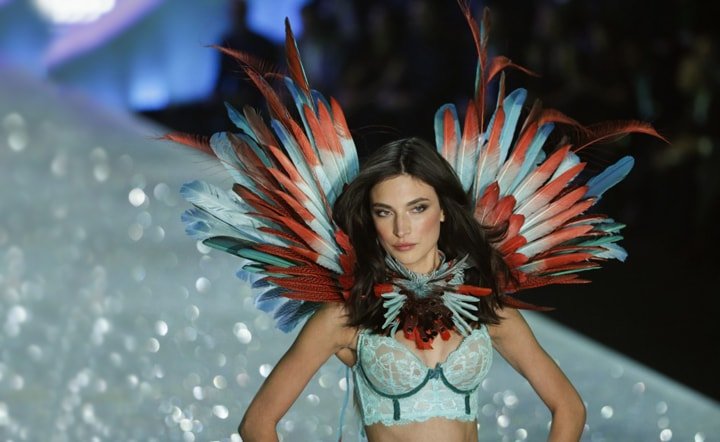 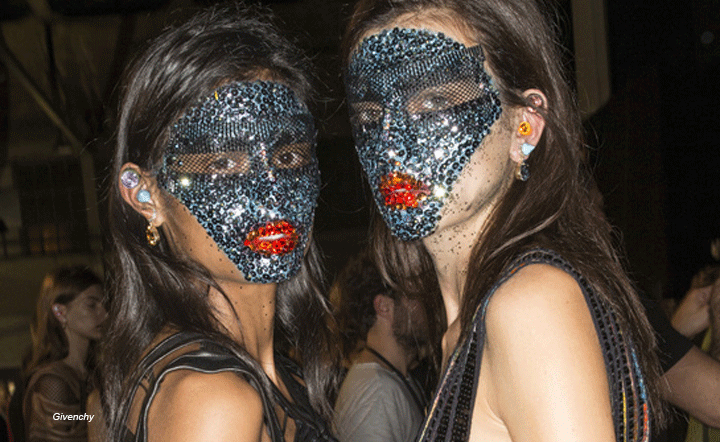