If You Have To Ask, You Can’t Afford It: Haute Couture Fall 2012 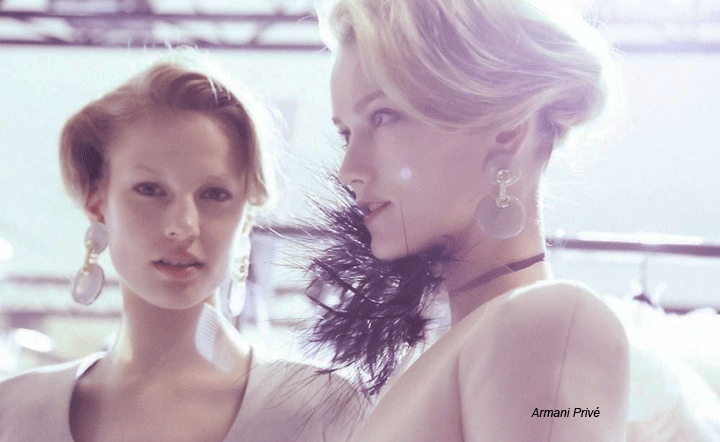 I just got in from a quick trip from the Desert and, I don’t know, maybe the crazy high temperatures caused my brain to start melting a little around the edges but I couldn’t stop thinking about the recent couture shows.  If you’re not looking for a $60,000 made-to-measure jacket or $120,000 gown that requires you to fly to France for three or four fittings over the next couple of months, Haute Couture Week might not be big on your agenda.  On the other hand, it can be a great way to experience designers at their most fanciful and see what they can create when cost isn’t an issue.  Unfortunately, the couture offerings for fall 2012 that were trotted out on the Paris runways last week were mostly disappointing. Atelier Versace’s slashed and beaded collection was pretty tacky and the embroidery on J-Lo favorite Zuhair Murad’s sheer gowns made the girls look like their limbs were covered in varicose veins.  Raf Simons continued his reign of weirdness at Christian Dior and Chanel was more of the same, just with huge belts around the hips.  Even Valentino left me underwhelmed with a “cabinet of curiosities” theme that led them to stick oddly scaled objets all over their typically elegant silhouettes.  Nice try but McQueen did it better, honeys.

At the other extreme, Giorgio Armani’s spectacular Armani Privé collection was an exercise in restraint with a palette of only pale nude and peach with touches of black.  With the Jazz Age mania around the latest Gatsby film that has gripped the fashion industry for the past year or so and influenced everyone from Mrs. Prada and Ralph Lauren to Brooks Brothers, it was a risky move to turn out a collection so firmly rooted in that era.  It was a move that paid off, though, largely because Mr. Armani avoided the clichéd “flapper” in favor of an updated Jean Harlow and filled the runway with sleek silk columns and sheer lace, softest skirt suits and knockout gowns that those platinum blonde actresses of the early 1930s would have killed for.  The actresses of today, no matter what color their hair, should have the same reaction.

I have to admit that I’m more familiar with the Armani Privé line than I am with most others.  A few years ago, I took a client to a private L.A. viewing of the collection when it had a beautifully bejeweled Indian theme and in the space of half an hour she’d ordered two jackets with coordinating pants and a pair of shoes for a grand total of about $125,000.  The past several seasons, though, have had a misguided futuristic feel—sometimes complete with Jetsons-style corkscrew hats—that seemed to be a lingering after-effect of Armani’s collaboration with Lady Gaga.  I’m glad to see that, at least for now, he’s back on track.