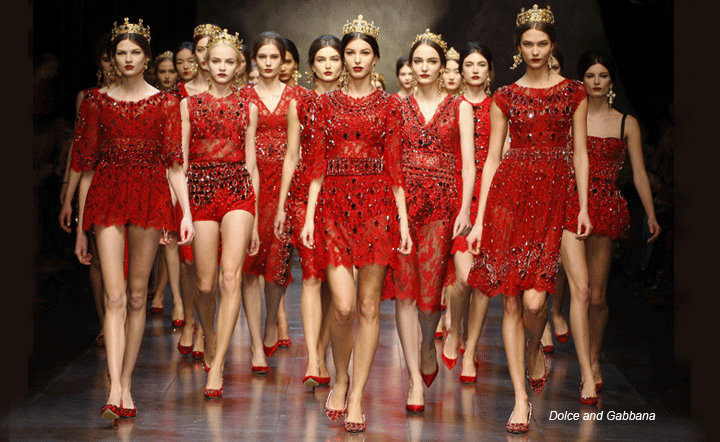 I’m not sure if you noticed, but there was a little thing that went down a few blocks from our place on Sunday.  It’s called the Academy Awards and they seem to do it every year, like clockwork or something.  I tuned in this time because our friend, the dashing Lawrence Zarian, was working the pre-awards red carpet for ABC and then decided to watch the whole show.  I think it took about fourteen hours.  I’ll have to ask Killough because he and a friend and some vodka came over to watch with me, I guess because we have a cool TV and probably also because we sometimes think the same things are funny.  Me and the vodka, I mean.

I have to say, Lawrence was great with the red carpet stuff but what the fuck was up with Kristin Chenowith?  Did she get paid extra every time she called someone “girl” or “baby”?  And that thing about stepping out of her heels to show everyone how small she is just seemed rude.  First of all, don’t take your shoes off on national television while wearing a ball gown and, second, when she did it standing next to Adele she was basically saying, “Oh, look how tiny and princess-like I am!  Next to me, you are The Hulk with false eyelashes.  Or Khloe Kardashian.”

Anyway, while that mess was going down, we were also in the middle of Milan Fashion Week’s fall collections.  It was another occurrence that, unfortunately, left me with more questions than answers. First up was Gucci, which started out with a tough vibe with black and red leather and exotic skins and wide sleeves that narrowed the waists by comparison.  Acid green, gold and russet added some dimension and a fern leaf pattern, used sparingly, added some texture to the shiny python and 1940s shapes.  The show ended with capsule of fantastical evening looks covered in feathered and beaded bird motifs that could have been lifted from some festival in Thailand.  And by ‘fantastical,’ I don’t necessarily mean good.  The Alberta Ferretti show that followed had a more demure 1930s/40s feel and a few beautiful long dresses with trains.  The many blouses-wide skirts ensembles were really awkward looking, though, especially with those flat, flat shoes.

Thursday’s Max Mara show was an experiment with silhouettes, mostly to see how wide a woman could get by layering coats over coats over jackets.  There was a lot of camel, especially when you add up how many pieces in that color each model was wearing, but the blacks that followed worked much better.  The 90s Grunge stripes featured in a few looks weren’t really what I’d expect from this typically staid brand but I kind of liked them.  The Fendi collection was probably even less flattering, with wacky multicolored vertical stripes in fur on nearly every model.  It was bizarre but, then, they really are a handbag store.  Unfortunately, the bags weren’t much better. Prada’s collection reminded me of that song “Thrift Shop” that I really like.  You can’t really get the full benefit by hearing in on the radio because about a third of the words are bleeped, but you should definitely check out the video.  It’s about digging through a bunch of trash and finding gems, then going to the club and impressing everyone with your sartorial originality.  The most successful exits at Prada were like that—boxy croc jackets over glistening beaded dresses; big fox cuffs attached to 1940s loden green tweed jackets.  The girls all looked like they’d dragged themselves in from a tornado but that may have been part of the appeal.  The last show I checked into that day was Dsquared2’s tribute to World War II era fashion.  Aside from the Caten boys’ usual gimmicks, it was quite an accomplished collection of beautifully tailored suiting with pencil skirts and double-breasted frock coats and a far cry from their trashy 1990s junk last season.  The satin evening gowns with the impossible trains were stellar, even if the models couldn’t walk in them.

The Etro show on Friday was very confident with its enormous LED backdrop that threatened to dwarf what was happening on the catwalk.  Luckily, the prints, the drop waists, boxy silhouettes and futuristic (yet 90s?) were enough to compete.  It was a lot but the ace styling pulled it all together.  The Versace show that followed was pretty hardcore, as well, within its glossy white walls.  The punk inspiration showed itself with strong ensembles of PVC or tartan accented with spikes or chains like Shirley Manson might have worn in her punk-inspired Garbage heyday.  The yellow fur and faux fur were not good, though, and in the end there was just too much damn vinyl.

Saturday morning seemed an odd time for the femme fatales of Bottega Veneta, but I don’t suppose they had much say in the fashion week schedule.  Sculpted wool, expertly handled explains the collection in a nutshell, though the red and mustard accents in satin made it much more interesting while keeping it simple.  Roberto Cavalli’s dark collection was anything but simple, and with that degree of workmanship I don’t think anyone would have protested if it were shown during couture week instead.  Opening with black and grey spotted furs over grey patterned silks, the show also encompassed glittering metal embroidery, intricately braided leather techniques and hand painted silks, and the recurring pairing of a boxy top over a short skirt worked much better than Ferretti’s attempt earlier in the week.

You couldn’t get more opposite of that if you tried than minimalist queen Jil Sander’s show of clean, clean lines and pretty colors.  Dark blue, mustard and grey made it all a bit more interesting.

My favorite on Saturday was Peter Dundas’ collection for Emilio Pucci with its Marianne Faithfull-era divas in princess sleeves, high ruffled collars and thigh-high suede boots.  The show started out a bit messy but, after seeing more variations on a theme, it really grew on me.  Black, petal pink and Wedgewood blue are fresh for fall, and the pastel furs look dreamy. The first big show of Sunday was just weird, like Armani was competing in his Emporio Armani collection with Rei Kawakubo to see who could make more clown-like proportions.  I know that a lot of designers have played with boxy shapes for fall but this was just too much, especially the crazy pants and the costumey velvet evening looks with the origami folding.

The lavish Dolce and Gabbana collection that followed was better, but this return to Sicily (again!) involved the same shapes and same embellishments, this time simply replacing the ecclesiastical embroidery or summertime seaside kitsch with mosaic art from the local cathedral.  I liked the ladylike tweeds but along with that, get ready for more lace, big earrings and mini-bloomers.

Finally, Mr. Giornetti’s collection for Salvatore Ferragamo was back to minimal, sleek and playful.  The entire collection was black and ivory with a couple of midnight blue touches and, like his very successful menswear show, focused on coats.  The bias cut silk and mini-skirted looks were a breath of fresh air but probably too simple.

Well, that’s a whole lot of fashion right there.  Maybe the Paris shows will narrow it down for us a little bit.