Now, I have to admit that Runway’s first season on the Lifetime network looked a little dingy to me.  I don’t know if they skimped on the lighting or if it got stale waiting to air while the legal battles raged on between Bravo and the Weinsteins.  Whatever happened, I wasn’t impressed but it looks like this season is going to be better and newer and fresher.  It might just be that I was so glad to get out of the fucking car.

As with any season of Project Runway, the first step is meeting the designers.  This time around we have a Beauty Queen, a Rich girl, an Urban girl, a Goth girl and a whole bunch of the gays.  There is also one clearly gay Mormon guy who either doesn’t know he’s gay or does and is trying to cover it up by rambling on about how eager he is to get married and have kids.  Here at PFC, we call this the “Marcia Bachmann Condition” or MBC, not to be confused with the television network NBC, which is also pretty gay.

I was initially disappointed to note that there were no hot guys competing this season.  There is a Joshua with great teeth and good bone structure but he’s so queeny that the “hot” leaks out every time he opens his mouth.  Then I reflect on past seasons where the hot guys always get kicked off pretty early on, leaving me with no one to look at, and realize it’s probably better to focus on the clothes from the beginning.

Pretty attractive, right? That's because they're NOT TALKING!

If the first episode is anything to go by, it looks like Heidi is going to be a bigger presence this time around.  She is so fired up, joking around and singing at the judges’ table, that the four people sent home right out of the gate probably didn’t even mind that much.

I’m a big fan of Heidi Klum because I think she’s beautiful, charismatic and a smart businesswoman.  Scott, my significant other of many years, on the other hand, is completely in love with her and would absolutely throw me over the nearest fence if Heidi so much as batted a perfectly mascaraed eyelash at him.  In the show’s first challenge, the flawless Tim Gunn wakes the contestants up at 5 a.m., drags them to the Parson’s workroom in their pajamas and announces that their first design will be made out of what they’re wearing and a sheet.  I’m glad I wasn’t involved in that challenge because I would’ve only just had the sheet.

Hopefully New Yorkers thought it was just another a bunch of communal sleepwalkers.

The older homo who had worked for Halston and Arnold Scaasi back in the day and made an amazingly youthful dress out of his checked boxers and t-shirt came out on top so it was a good day to be old and experienced.  On the other end of the spectrum, there were some ugly outfits with big, stupid pants.  The guy who sent his model out in silly sweatpants and a Flintstones bib went home, and rightfully so.  You can get away with sweatpants once in a while but Flintstones bibs should only be worn in the privacy of your boudoir.  And, no, I don’t really know what I meant by that. 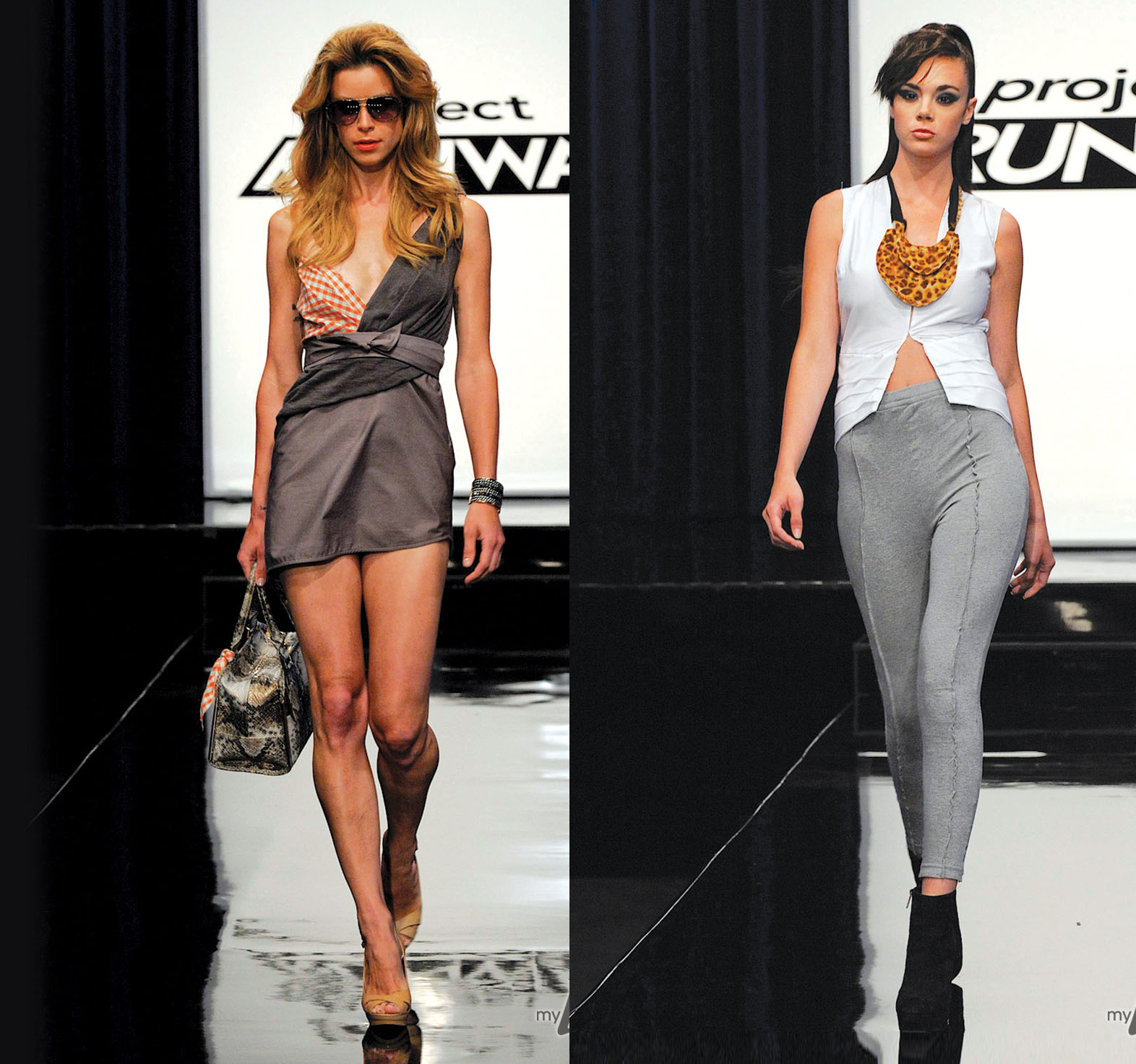 The winning and losing looks. Guess which is which.

This week, we’re going right from a fashion reality show to a review, of sorts, of fashion now in boutiques, which is a lot of fashion in one place.  But I’m meant to be the resident PFC fashion editor and I just said the word “fashion” about eight times in ten seconds so I’m living up to my damn job description for once.

Those of you who know me well know that I have a strong connection to the House of Armani and to the Emporio Armani brand, in particular, and I’d like to share some of my insights about this season’s exciting offerings with you after attending a top secret presentation earlier this week.  I wasn’t quite sure what to expect after the entirely black runway show.

Some of the exits recalled Popeye’s beloved Olive Oyl wearing Fidel Castro’s hats and it unfortunately looks like the advertising is reflecting that.  As for the color palette, Mr. Armani was apparently pulling exits for the runway show from the vast assortment that makes up this season’s collection surrounded by the ladies on the buying team and said to them, “You girls are always wearing black so that is what we are going to show!”  I heard this from one of the “girls” on the buying team, but you didn’t hear it from me.  As far as I’ve seen, none of these ladies looks like Olive Oyl or Fidel Castro so I don’t know where that came from.

If Isabela Blow was a fashion icon, then why not Olive Oyl?

The theme of the Fall 2011 Emporio collection is “Spy” and that leaves a lot of room for the imagination.  The idea here is long and lean, sexy and seductive but covered up and a few hints of 40s Film Noir glamour.  The amazing thing about this collection is that you can grab any two or three items and they always seem to work together.  Pair an olive jodhpur-style pant with a brown nappa leather tank top.  Throw a grey military-inspired jacket over a long charcoal tweedy skirt and pull on some fabulous animal print pony platforms.  Put a very Chanel-looking black and white jacket over an oversized black knitted jumpsuit.  This is something that I’ve always said about my own walk-in at home—that I can close my eyes and pick a jacket from the right and a shirt and pant from the left and they’ll nearly always work out.  I’m happy to see that Mr. Armani has made shopping as easy for his Emporio clients as I have made shopping in my closet for myself.

Oh, and something that I found very endearing is that the recurring dog motif that you’ll see in many collections this season is quite personal at Emporio.  All of the dogs featured are actual dogs owned by members of the Armani family.  Once again, this is probably top secret so you didn’t hear it from me.  They’re not Sicilian but, you know, they’re still Italian and I don’t want to be sleeping with the fishes for spilling the fashion beans. 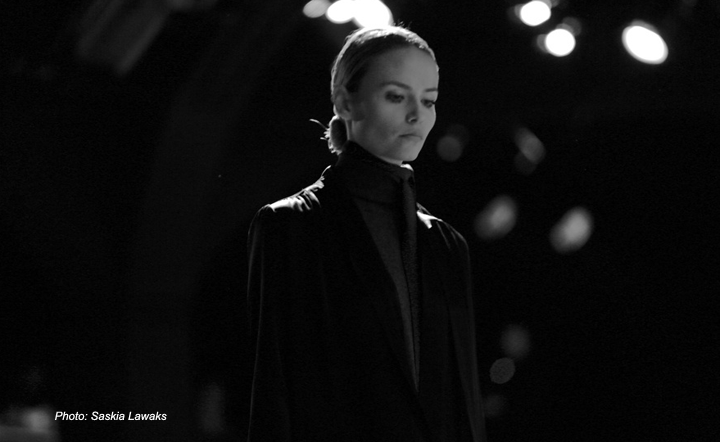 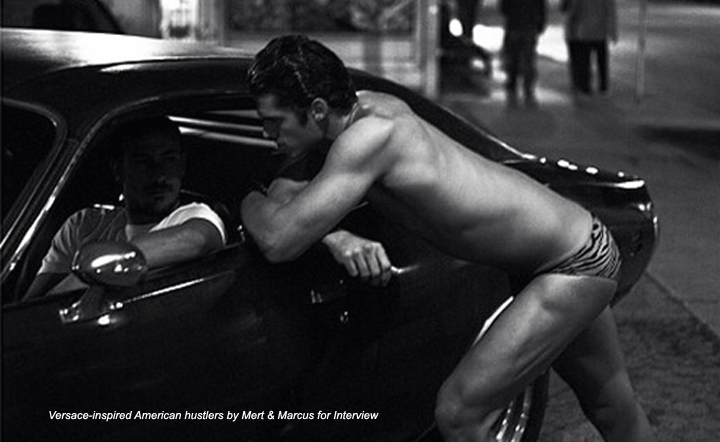 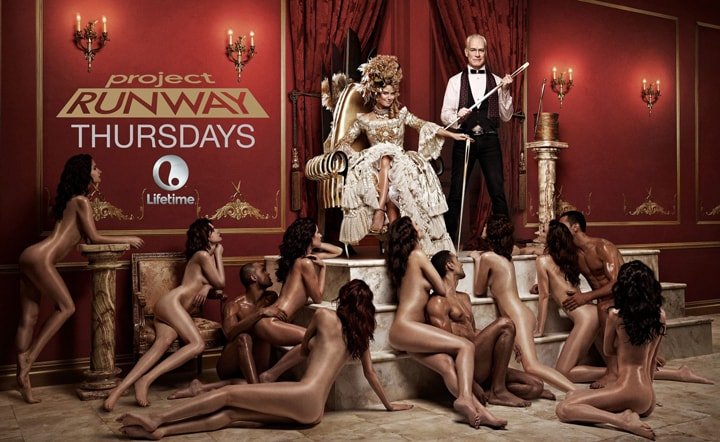