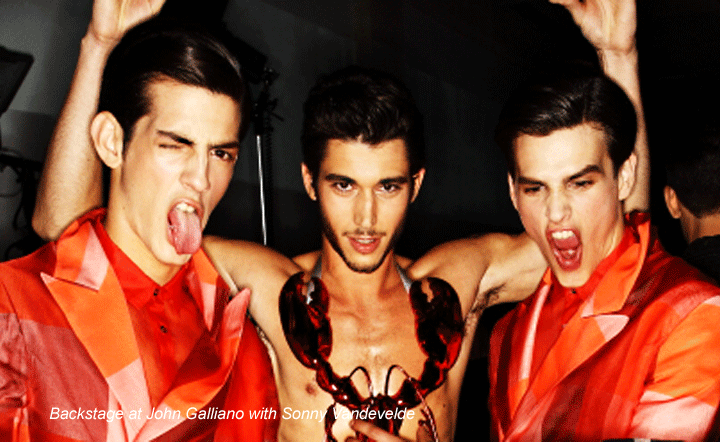 Go ahead, I won’t tell anyone.  Just admit that you were as excited about the premiere of TLC’s new series Craft Wars as I was.  Handy as I am at gold leafing a vintage fauteuil or covering picture frames in rare imported silk, I’ve got nothing on those bitches with the cardboard and glue guns.  And forget about bedazzling!  I also like competition shows where people have to complete difficult tasks under ridiculous time constraints because, hey, life isn’t stressful enough already.

It’s always nice to see what Tori Spelling is up to, too.  As host of Craft Wars, it seems that her main goal is to say the word “craft” as many times as she possibly can:  Craft Wars, crafting, crafters, craft closet, arts and crafts, craft experts, etc.  I think she said it enough times in the first forty-five seconds that I can now entirely eliminate it from my vocabulary. The first challenge on this show was to make a tote bag out of stuff you might find in a Soccer Mom’s car so the three contestants grabbed cheerleader uniforms, footballs and tennis racquets to create their masterpieces.  As you can imagine, in the hour they had to do it, they made three really ugly bags that would absolutely fall apart the first time you put more than a sock in them.  The contestant with the ugliest one got sent home.  When I saw that the next challenge for the remaining two was to build a school-themed playhouse from classroom materials, I thought I’d better get back to what’s going on in Paris with Men’s Fashion Week. The bad news is that, on the first day, we could already see at Raf Simons and Mugler that the short shorts thing that started in Milan last week is really a thing.  Even worse is that I’ve now seen so many of them that I’m almost ready to get on board.  See what Fashion Week does to you?

The Blues:  Blue will be big again next spring from the Prussian hues that opened the Hermès show to the navy that showed up in clear, crisp shapes at Dior Homme.  Navy was featured in a more classic way at Louis Vuitton along with high-end boating gear but the amazing LED runway that had oversized sea creatures darting dramatically underfoot stole the show.  All these collections had a decidedly nautical feel with the double-breasted jackets we’ve been seeing everywhere, some interpreted with brass or silver buttons you’d expect to find around your local yacht club.  If I were going the double-breasted route, I’d definitely opt for one of the stunning jackets at Dior but, for those who prefer their oceanic themes with a little more whimsy, the cartoonish Indian sailors at Jean Paul Gaultier or the huge plastic lobster clinging to the poor model at John Galliano might fit the bill.

The Dark Side:  Alongside this crisp yacht club aesthetic ran a darker, edgier theme.  You won’t be surprised to find Rick Owens in this category with his dark brown, black and white “Island” collection that actually had some of the most commercial pieces I’ve seen from him in the exquisite one-button jackets.  Of course, they were worn over shorts, skorts, skirts and all kinds of other crazy bottoms. Ann Demeulemeester is another dark force here with her winning collection of rocker chic clothes that had moments of lightness with purple silks and brocades or orange roses printed on white.  The big, loose trousers would make great pyjamas but we’ll have to see if those make it onto the street.

Lanvin also showed big, baggy bottoms, high waisted with deep pleats.  The mostly black and white collection was also big on long, simple jackets and sportier elements we should expect to see a lot of.  The interest here came in the shine that climaxed in three or four gold metallic looks in the middle of the show.

The top spot in Paris goes to Riccardo Tischi’s sleek, slightly creepy collection for Givenchy that borrowed heavily from Catholic monastic tradition with the tunic shirts and aprons that draped from under jackets over slim trousers.  I initially felt an Indian vibe from this collection, especially with those tunics and the cool sandals, but the Byzantine Madonna-head pictures that were printed on many of the shirts brought us back on topic.  They knocked it out of the park with the rapid-fire, cohesive and elegant show and I’m definitely on Team Givenchy.  At least, for the next day or so.

Watch this vid of the Givenchy show, then a slideshow of my picks of the week:

Picks of the week: