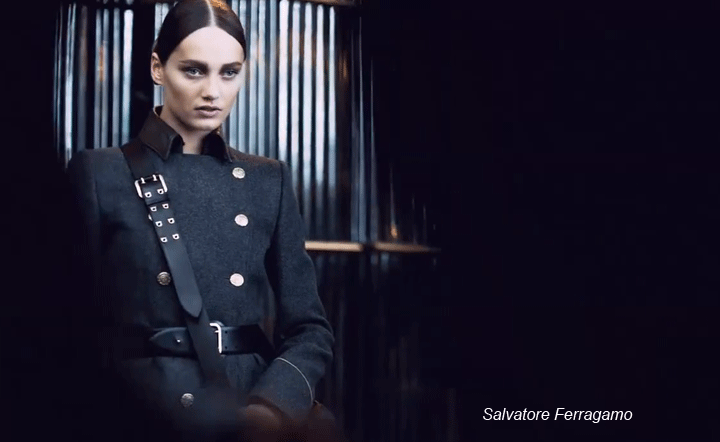 Speaking of hurricanes, it’s crazy to think that much of lower Manhattan is under water right now.  Other parts of the country are experiencing blinding snowstorms, and it might actually get down to 70 degrees here in L.A. this week.  Brrrr!  That’s a blessing to those fashion savvy ladies who are ready to put away the bikinis and throw on a coat, and there are lots of amazing ones to choose from this season. You’ll never go wrong with a classic trench or a simple cashmere princess coat but there are some more intriguing interpretations of ongoing trends out there like the fur and fur-trimmed coats that were most noticeable on the runways in nearly every collection.  They went from crazy “Where The Wild Things Are” allover long hair at Mulberry to my personal favorite, a natural fox collar on a smashing red Michael Kors military coat.  PETA won’t be happy but you’ll look fabulous.

Those military inspirations have also come back in full force.  From the most literal of epaulettes and gold buttons at Salvatore Ferragamo to a more subtle use of olive drab in many collections like Hermes and MaxMara, this is a look that isn’t going anywhere for a while.

Bright colors were another big splash, with bold monochromatic looks at Kors and Haider Ackermann and paint splatters at Erdem, where a Peggy Guggenheim modern art theme gave a new feel to his ladylike aesthetic.  Also ladylike and almost retro were the lovely coats in Raf Simons’ last showing for Jil Sander.  I wonder if those helped him land the Christian Dior job, where the coats were already rather prim before he got there.  We’ll see what they look like a year from now.  Until then, stay warm my friends.

Life's a Drag: The Surprising Fashion of RuPaul's Drag Race