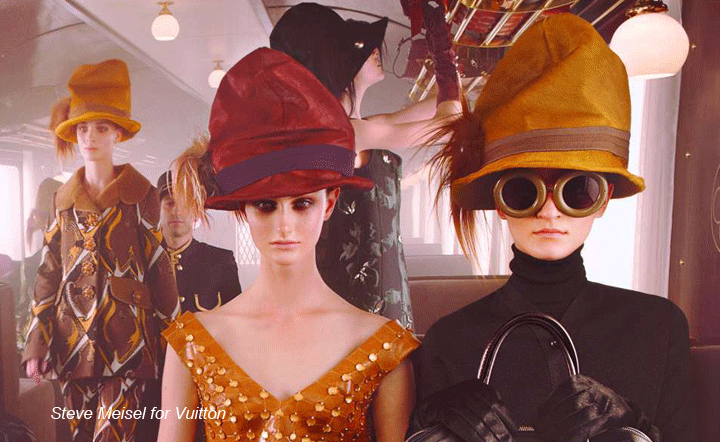 I’m sure that you’re as pleased as I am that, despite continuing economic woes in Greece and Spain and sluggish domestic employment figures, CBS managed to get Big Brother back on the air for season 14.  The show kicked off last week with the lovely, robotic Julie Chen reprising her role as host while trying to bring Halston back with her red halter jumpsuit.  If you’re married to the head of the network, I guess you can wear whatever you want.

And the famous Big Brother house has been again redecorated but this time by a blind person with a glue stick who was told to make it look like their idea of the Starship Enterprise.  That many colors should not be seen together outside a Mondrian exhibit or a Crayon box.  The producers might have intended the ugly surroundings as a “stress and duress” tactic to work like the isolation, overheating, and strategic food deprivation they use to disorient the contestants, but we’re the ones who have to fucking look at it.

As entertaining as the meet-and-greet with the new House Guests may be, the real fun comes when the first challenge pits them against each other in four teams wearing different-colored pajamas.  The obstacle course of shifting, twirling, undulating mattresses they must jump and climb over should be second nature for this bunch of whores but it’s surprisingly challenging.  In the end, hot carpenter’s team won and they kicked off the only person who seemed somewhat well adjusted.  That’s how we like our reality TV! But forget about Big Brother for now.  I’m sitting in the vast florescent-lit jury holding room at the L.A. County Courthouse like a political refugee, flipping through magazines and waiting to see if I’ll be called upon to deliberate on whether some stripper is entitled to restitution from the doctor who screwed up her implants.

Articles aside, I’m left wanting more from the fashion campaigns that take up the first third of any given magazine.  A lot of the ads feel a bit lackluster but then, fashion campaigns have a lot of bases to cover.  First, they have to show the clothes to their best advantage.  Second, they should reflect the mood of the collection, which is probably more important since the buyers often forgo buying the pieces actually photographed.  Finally, the pictures should look beautiful and capture the imagination.  Sometimes they nail these three criteria yet fail to be original, which might be worse yet.

Among my least favorite this season, Herr Karl has Chanel’s dark tweedy threads on some unhappy looking girls in terrible wigs against a stark white background.  I’d be unhappy too, if I looked like I tried to cut my own bangs with a butter knife.  I’d also probably look asVe surprised as the ladies of Max Mara Studio after falling out of a vat of bronzer onto a woodpile.  Who the hell came up with that one?

I’m also not in love with Mert Alas and Marcus Piggott’s campaign for Givenchy if only because it was a lost opportunity on an amazing collection.  The “saloon girl” dress that looked so perfect on the runway missed the mark on Stella Tennant, I’m afraid, but the other images incorporating the low, loose ponytails worked better.  I also thought their black and white pictures for this season’s Versace were just okay when the collection was really brilliant.  Remember those shimmering gold crosses?  Well, you won’t see them in the ads. My absolute favorite campaign from last season, shot by Deborah Turbeville for Valentino in a Mexican ruin, became just okay when I saw the same thing again in the rooms of an exquisite chateau.  Also repeating a familiar theme were the models that infiltrate the typical Sicilian families of Giampaolo Sgura’s Dolce and Gabbana ads, even though they were fun and lively.

I quite liked the mysterious Hermes ad by Nathaniel Goldberg and Erwin Olaf’s minimalist Bottega Veneta backdrop behind the dazzling ensemble that featured the long black leather gloves that you won’t be able to escape this season.  I was also surprised how much I gravitated to the Prada ads, shot by Steven Meisel, but they are a nice balance of the crazy geometry on the clothes and the soothing neutral emptiness of the space, even though that’s geometric as well.

Tied for my top Fall Winter 2012-13 campaigns so far are Marc Jacobs and Louis Vuitton, which are both quite a surprise because I really disliked both eccentric, nearly unwearable collections on the runway.  If you get past that, then it shouldn’t be a surprise because they’re basically the same damn collection.  I can’t believe no one’s called him out on that shit yet, by the way, but I think the ads are successful because they’re as bat shit crazy as the clothes.  For Louis Vuitton, Meisel’s models are cool and weird in their Hogwart’s Express train car with the nutty hats and bizarre sunglasses and, in Marc Jacobs’, Juergen Teller catches them truly absinthe drinking, barking mad with the wild witch makeup and unapologetic pilgrim shoes.  Both, I have to admit, are rather genius.

Stay tuned for my slideshow below!