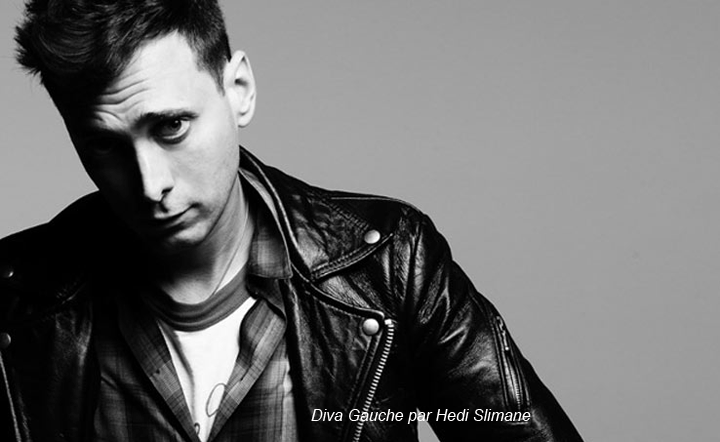 Months ago, there was the firestorm over Slimane’s redesign of the Yves Saint Laurent logo by taking “Yves” out of the name and calling it Saint Laurent Paris instead.  YSL diehards went apeshit but it didn’t bother me much because I think everything needs to be shaken up once in a while if it’s going to stay fresh.  In any event, Saint Laurent himself launched the ready-to-wear line under the Saint Laurent Rive Gauche label so what’s the big fucking deal? 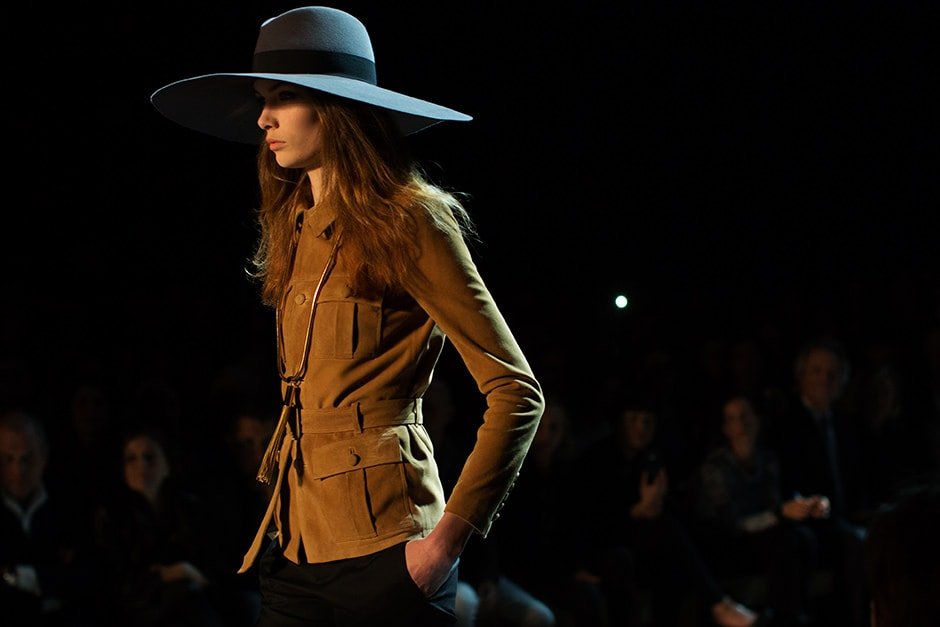 Then a friend asked me in a Facebook post to confirm a rumor that the designer had walked into the Rodeo boutique and fired the general manager on the spot because he wasn’t immediately recognized.  “That could never happen,” I said.  “He’d at least have to get the corporate office to terminate him and anyway I’m sure no one could be that petty and ridiculous.”  Then I heard that the general manager of the London boutique, who happens to be a good friend of someone I know, was asked to rush to L.A. to take over the Rodeo store on a day’s notice.  Since then, the entire staff has been replaced so I might have been wrong about the “petty and ridiculous” part.

Enter Cathy Horyn, the New York Times fashion critic, who gave a less than glowing review of Slimane’s collection.  She also mentioned how the fashion press were seated in the back rows or made to stand, adding, “While a lot of journalists don’t really care where they sit, the lack of professional courtesy smacked of ignorance or arrogance.”  Then came the fighting words:  “I was not invited.  Despite positive reviews of his early YSL and Dior collections, as well as a profile, Mr. Slimane objected bitterly to a review I wrote in 2004 — not about him but Raf Simons.”

Slimane’s reply, posted on Twitter, was absolutely juvenile.  After a couple of backhanded complements, he finally writes, “In conclusion, and as far as I’m concerned, she will never get a seat at Saint Laurent but might get 2 for 1 at Dior. She should rejoice.  I don’t mind critics, but they have to come from a fashion critic, not a publicist in disguise.  I am quite mesmerized she did get away with it for so many years.”  I personally found it interesting that he could spell the word “mesmerized” but didn’t know the difference between “critique” and “critic.”

Other editors are feeling the heat but I’m glad they’re still not afraid to be honest.  Lisa Armstrong of the Telegraph clearly wasn’t thrilled in her review of the collection but still wasn’t giving up on Slimane.  She gave us this: “But the man has taste.  I would love to be able to watch his evolution at this house.  Judging by his apparent fear of any kind of objective criticism, however, I fear I won’t be allowed back.”  Don’t worry, Lisa.  You can always check out the pictures on Style.com! 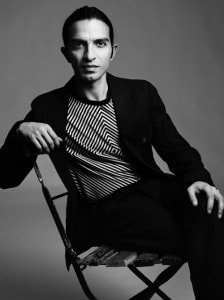 What tipped me off that there was something rotten in the state of YSL was Imran Amed’s exhaustive and informative article on his Business of Fashion site about the random directives issued from the PR office.  Here’s one:  “Then, last week, Saint Laurent’s press office sent out a mass email instructing media on the nomenclature we should use when referring to the brand. “The House is referred to as ‘Yves Saint Laurent.’ The ready-to-wear collection by Hedi Slimane is correctly referred to as ‘Saint Laurent’. (‘Saint Laurent Paris’ is used in the logo but not when spoken/written about the collection). Collection credits, should you photograph any items, is [sic] correctly written ‘Saint Laurent by Hedi Slimane.’”  Um, what?

Then Imran found he wasn’t invited to the show because they hadn’t liked his “tone of voice” when writing about YSL, which seemed completely absurd.  He expressed it thus: “In all my years editing BoF, I have never encountered this kind of ultimatum from a fashion brand threatening non-cooperation. Indeed, every single time BoF has written about YSL (or Saint Laurent, or Saint Laurent Paris) we have received some kind of request to change the article to comply with what seem like the whims of the brand’s PR team, who appear to think that the media exists solely to serve as their mouthpiece.”

So I don’t know what kind of Mean Girl weed those bitches over at YSL are smoking but it ain’t doing them any favors.  Slimane may have since deleted his tweets about Cathy Horyn, which I’m told is some kind of social networking apology, but if he’s this delusional after showing one single collection, he’s headed for a Galliano-sized fall from grace in no time. 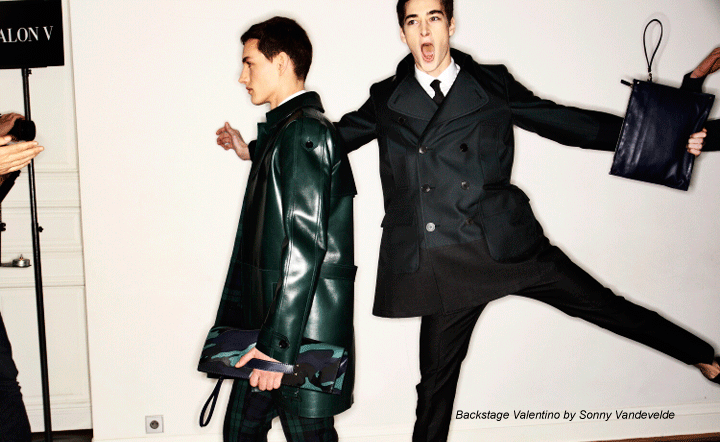 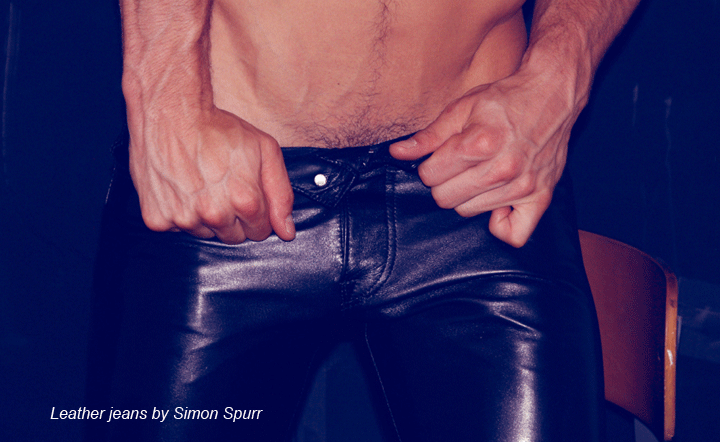 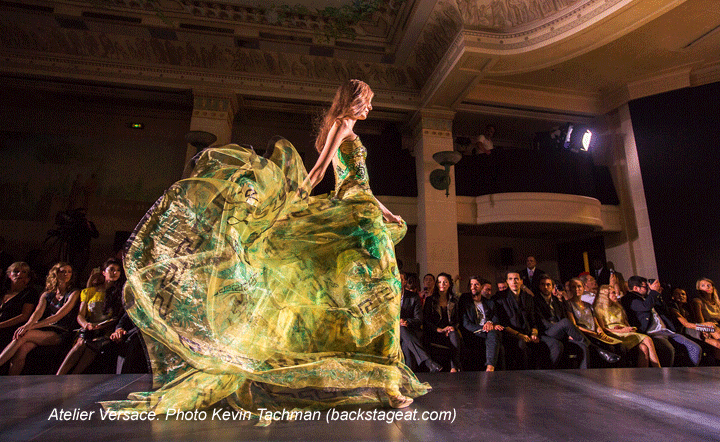