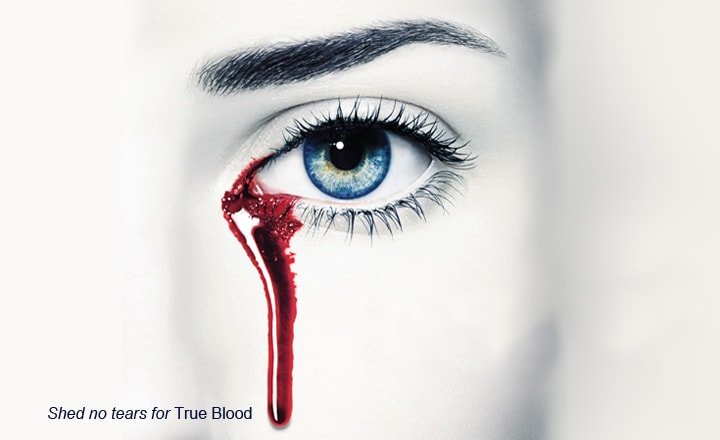 Tuttle attends the TRUE BLOOD premiere in Hollywood, and then takes a trip through Versailles with the Chanel Cruise collection.

Gentle reader,
Living in L.A., I get to do a lot of fun things that aren’t exactly common in many other cities around the world and going to premieres is near the top of that list.  First of all, they’re free.  And that goes for the popcorn and soft drinks, too.  Second, if you’ve taken a few minutes to fix your damn hair, the fans thronging the red carpet try to take your picture because they think you must be someone famous.  Finally, there’s a great party with an open bar and dinner after the screening to say, I guess, “thank you for coming to watch our movie…for free!”  How cool is that?
I remember my first big premiere at the Egyptian Theatre on Hollywood Boulevard, which is incidentally where the tradition originated in 1922 with Douglas Fairbanks’ Robin Hood, but the one I’m talking about was many years later.  I know I look young for my age but that would be pushing it.

Anyway, I was invited to the premiere of Alan Ball’s American Beauty at the last minute. Unbeknownst to me, it was already the subject of crazy Oscar buzz. I got my friend Alice to come along. We were both pretty new to L.A. and a bit taken aback by all the fuss around the red carpet. When we were mingling in the famous courtyard before the film, I came across one of my clients and her husband, a big-time CAA agent. She was obviously surprised and, in a loud whisper, asked “James, what are you doing here?”
I answered casually, “Oh, you know, just came to see the film,” but shot her a look that said, Bitch, please. I know people too! Then I turned around and nearly knocked over Steven Spielberg.

I’m a lot more comfortable at these things now and know how to get from the premiere to the after party with minimum hassle and what to steer clear of at the buffet once you get there (hint: salad is messy if you’re eating standing up), so it was a great pleasure to take my friend Lisa to HBO’s True Blood Season 5 premiere at the ArcLight Cinema’s fabled Cinerama Dome a few days ago.

I’ve had an on-and-off relationship with this show since Scott did something with our HBO subscription—it was on, then it was off—so I caught up with some borrowed DVDs and saw that the last couple of seasons were even better than the first one, when it had taken some adjusting to get used to the acting style.

If the beginning of this fifth season is any indication, True Blood fans are in for a lot more blood, excitement and hot naked guys than ever before.  Even before the opening credits, one of the main characters’ head was blown half off and about twelve other crazy things happened.  I’ll try not to spoil anything but I think I can tell you this much:

The beautiful after party across Ivar at the newly refurbished Lure mega-club was a refreshing surprise.  There were no VIP areas, VVIP areas or VVVIP areas as everyone just mingled and enjoyed themselves in an atmosphere of happy celebration of a great creative endeavor over wonderful Southern-inspired food and desserts.  I took Lisa’s picture with Pee Wee Herman and ran into some friends in P.R., and thanked our hostess HBO Senior V.P. Nancy Lesser for her wonderful hospitality and a really spectacular party.

Something you won’t see the sexy actors of True Blood wearing, on those occasions when they do wear clothes, is anything from the Chanel Cruise 2013 collection that debuted in the gardens of the Château de Versailles in mid-May.  Of course, as with anything that Karl Lagerfeld does for Chanel, most of the fashion world was instantly vomiting adoration, but I initially had a rather adverse reaction.

I admired the idea of taking eighteenth century French court dress, cutting it off to make it “mini” and translating it into denim and chambray, essentially creating aristocratic silhouettes in workers’ materials but I balked at the styling with the candy-colored bobbed wigs and the glittery platform sneakers.  Now, I’m accustomed to ignoring silly makeup and crazy accessories in the shows to focus on the clothes and I often hold up my hand in front of the models’ heads to get a clearer idea of what’s really going on, but this one really threw me and I dismissed it as another Chanel dud.

When Diane Kruger rocked a beautiful short white dress with floral embroidered details at the Cannes Festival, however, I decided to take another look and watched Chanel’s own video of the show, which gave me a completely different perspective of lightness and fun when I saw the clothes move.  Even the proportions seemed better when the girls were walking in the gravel around the soaring fountains and up and down the miles of stairs.  I hope they got hazard pay for that marathon catwalk, by the way.  I also didn’t hate their pale pink or green wigs as much and the shoes faded away a little bit, though I still don’t know why someone would force us to jump over obstacles like that to appreciate the garments they are spending millions of dollars to present to us.

What I ended up seeing were some lovely variations on the Chanel jacket, often with couture-level details; crisp white dresses with embroideries of red, blue or gold; some fantastic black cotton ensembles with white chiffon details; some fun cropped breeches for women and a completely new way of looking at chambray.

I may be at odds with the references of Marie Antoinette as a key inspiration because the details really seem more like Madame de Pompadour’s taste, but I do see how Antoinette’s sometime pursuit of simplicity through muslins and country fabrics are reflected in Lagerfeld’s combining of high and low.  I just wish his “low” didn’t encompass grating club music and ugly-ass shoes.

How low can you go, Karl?  Not much further, I hope.