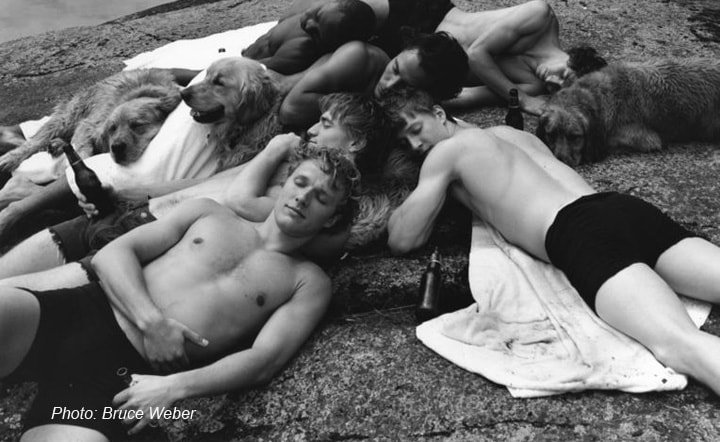 While I was all wrapped up in the commotion over the collections for this coming fall, then Resort, which will take us all the way into next spring, summer came and smacked us in the ass.  I suppose it does seem an arbitrary season in L.A., where it might be sunny and hot in January, but then we’re all pulling out our sweaters in gloomy June.  That doesn’t mean I shouldn’t be more on the ball helping you guys make the right choices, especially since the summer designer lines are already on sale.  On second thought, maybe that’s a good thing because now you can get this stuff at a discount if they still have your size.

We saw a lot of shorts on the runways for the Spring/Summer 2012 season and the message seemed to be that shorter is better.  I don’t necessarily agree with that, however, and I certainly don’t think many of you should be sporting the blazer and short shorts combo that Bravo stylist and Zoe-foe Brad Goreski likes so much.  Coincidentally, I saw Brad at the gym this morning and, though he was wearing shorts, even he didn’t have a blazer on! There’s also a big debate raging about denim shorts for men.  Some guys in the Hipster camp wear almost nothing other than jeans cut off near the knee, yet others decry that men’s denim shorts are so wrong that they’re included in that Bible passage that says that gays are bad and you should stone your slaves if they get sassy.  I’m going to go out on a limb and say that they’re okay as long as you look good and you’re not showing your junk.  After all, denim is just another fabric.  Jeez.  For a more in-depth look into the world of jean shorts, click HERE.

The biggest trend this summer is what I’ve decided to name “Young Dad shorts.”  In actor-speak, “Young Dad” is what the casting people say when they want a casual, comfortable but conservative look in an audition.  Aside from the more directional fashion heavy hitters like Givenchy, who’d rather see you in a skirt with a Bird of Paradise picture on it, that seems to be the main gist of what’s out there this season:  flat front, neutral-colored, slim cotton shorts cut at or rolled to a few inches above the knee.

Another big deal is the printed or patterned shorts in a similar cut or in a longer board short length with patterns varying from Vilebrequin’s Indian-inspired prints to D&G’s bandanna fabrics.  You might see some bold horizontal stripes in bright colors, too, but I’m not necessarily recommending them.

Here’s a “short” slideshow, a look at this summer’s short styles (TV Review after the jump):

Speaking of shorts, did you get a load of that gorgeous Josh Henderson on TNT’s new Dallas last week?  I spent the whole first episode staring at him even though he struck me as one of those short guys with a great face and lean body, but who are only about five-foot-four.  You know, the ones you see in person and think to yourself, “Wow, if he was only a few inches taller!”  That’s right before you think, “I’m glad my boyfriend can’t read my mind.”  Well, it turns out Josh is actually almost six feet tall, just like me.  I don’t know what you’re going to do with that information but I just thought I’d put it out there.

The episode itself wasn’t bad, either, picking up decades after the original Dallas ended with Bobby now running Southfork as J.R. languishes in a coma-like depression until his son John Ross (Henderson) wakes him with tales of all the do-gooder shit Bobby has pulled.  When Larry Hagman opens his steely gray eyes and sizes up the situation, you know the games are about to begin.  It was fun and a bit over the top without being too silly and I was glad that they were finally able to revamp an iconic show from my childhood without drenching it in knowing winks and bad dialogue.  Remember the recent Charlie’s Angels reboot?  Me neither. I’d missed the first fifteen minutes because I stayed with Killough and Dame Bea longer than expected at Taschen Books’ launch party in Beverly Hills for their Harry Benson. The Beatles book.  That makes sense because the company was good, the bartenders were cute and the champagne was free.  It was also fortunate because I’d probably have changed the channel rather than sit through the long opening Southfork Ranch montage that looked like they just reused the one from the original series.

Then there’s an embarrassingly bad scene where Bobby’s doctor tells him he has terminal stomach cancer (yeah, yeah, Spoiler Alert!… whatever) so Bobby goes out to the ranch and gallops around, disrupting the damn cattle for no reason.  I don’t know about northern Texas but, on ranches anywhere else in the world that’s simply bad form.  Let’s hope they’ve got all that out of their system now so we can get back to the camp, backstabbing drama.

And just in case you’re thinking it, shorts and cowboy boots don’t mix, even in Dallas.