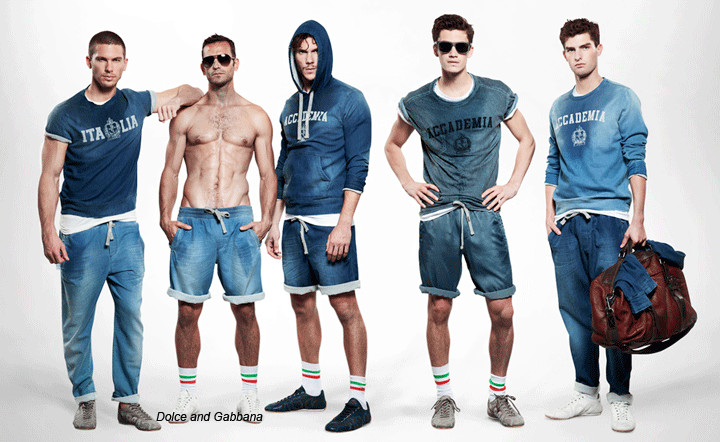 Have you ever had an item of clothing that was so comfortable and well loved, like an old friend or a childhood teddy bear, that it made you happy just to have it around?  The faded old black Ralph Lauren tank top that I always wore to the gym was like that.  Well, the last time Esperanza did the laundry, something weird happened and the small hole under the right arm somehow joined with the armhole itself and the whole thing was pretty destroyed.  I’d been telling myself for a while that I needed to get new workout clothes but this made it all a little more immediate and, after all, how hard could it be to throw on some things to go sweat in?

As it turns out, it’s not really so easy.  First off, so many of us spend so much time in the gym or yoga/spin studio that it’s important to get it right, and when you add to it that we often pull on our gym clothes in the morning then run errands before and after our workouts, more people probably see us in that stuff than in the regular clothes that we’ve spent a lot of time, effort and cash pulling together.

I stand by my belief that gym clothes should be soft, well washed and neither too tight nor too baggy unless, of course, you play professional basketball or are a member of a street gang.  For these select few, wearing shorts eight sizes too big is de rigueur.  You’ll probably have fairly strict color guidelines in those cases, as well, but I think otherwise you’re best served investing in the traditional heather grey, though faded green, faded blue, faded red or faded anything else is pretty great, too.  For me, the faded quality announces that the item has been washed many times and, after experiencing the acrid stench of British locker rooms in my youth, I feel that being washed is about the best thing that can happen to gym shorts. The bright neon colors that were popular when I touched upon this topic last spring have gone the way of the dinosaurs but I do feel I’ve lately seen an unfortunate rise in the use of the ironic T-shirt.  This is not so much with the gay porn stars, reality TV peeps or Glee cast members that populate Gold’s Gym Hollywood—they all happen to dress pretty well—but rather the guys with the ironic facial hair and ill-advised tattoos who seem lost in many facets of their personal style.  If you have a shirt that says “I’m With Stupid” on the front, please save it for something more noble like polishing the silver or your wingtips.  In full disclosure, I must admit that I once bought a T-shirt that said “I’m Only In Favor of Gay Marriage If Both Chicks Are Hot” because I thought it was pretty funny at the time.  Then they passed Prop 8 before I even had a chance to wear it and I had to throw the fucker out.

Anyway, because I spend so much of my leisure time in athletic clothes, I pondered going a bit upscale this time around so I popped across Rodeo Drive to Dolce and Gabbana this afternoon to have a look at spring’s Gym Collection for Men.  I think they actually call it  “Men Collection Gym” but you get the idea.  This season’s whimsical Mickey Mouse-themed stuff veered too close to the dreaded “ironic” category for comfort so I’ll be skipping that.  Besides, what really brought me in were the faded indigo sweat shorts that looked so great on the ripped, sweaty model in the ad campaign, but when I saw the $425 price tag, I had to ask myself how upscale did I really want to go with my damn gym clothes?  The boutique’s cute general manager even asked me with a sly grin if I was actually planning to work out in these workout shorts.  For that purpose, I guess my $30 shorts from GoSoftwear are pretty awesome, after all.  Dolce also had some great long sweatpants and some cool T-shirts at around $395 but, like the shorts, they are probably not destined for the treadmill.

When you really think about it, a $425 pair of gym shorts isn’t going to make you look like the ripped, muscle-y guy in the ads.  Putting that money toward a few more sessions with your trainer could get you a lot closer so I’ll just have to keep looking for a new favorite workout shirt.  Has anyone been to a K-mart lately?