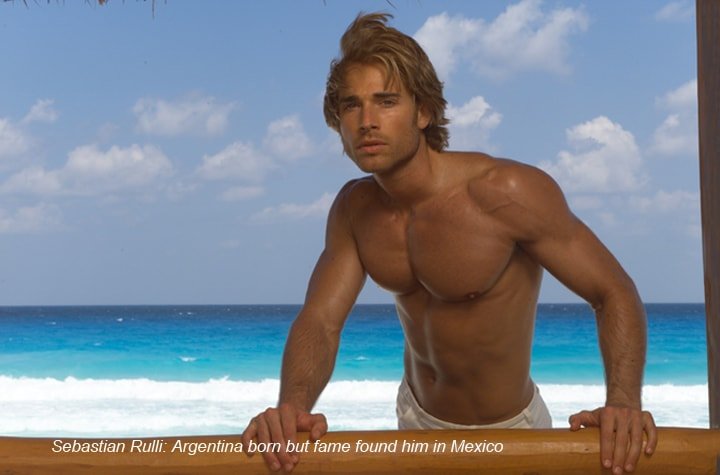 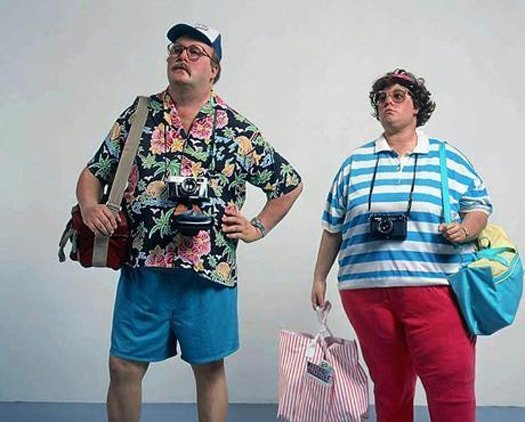 As we waited in the line to have our passports stamped, though, I noticed that there was something particularly disturbing about this lot.  It wasn’t the startling girth that entire families had in common, nor was it the black and white faux Chanel tote that the heavily tattooed guy was holding as his heavily tattooed lady friend fished for something in her other fake bag.  It was something more collectively shabby that I was finally able to pinpoint:  they had “poor people” hair.  I know that sounds terribly snobbish but it’s really the only way to accurately describe this look that I don’t even have to explain now because you know exactly what I’m talking about.  So there.

This trend was less pronounced once we were in Mexico and we separated into our different destinations and much of the crowd dispersed toward Spring Break-ish Cabo San Lucas while we headed east toward the quieter San José del Cabo and the beautiful Cabo Azul Resort.

The resort itself is quite breathtaking, the accommodations and staff are top-notch, even if San José is a little quiet now just before the High Season really kicks off.  We couldn’t be happier but I have to warn you that this isn’t the old Mexico where you come for a cheap vacation and a donkey show.  With $12 drinks and $60 steaks, these prices are more like Manhattan.  I don’t even want to ask how much a donkey show would cost.

Scott and I don’t travel so well when it’s just the two of us because we have different vacation goals.  Scott usually likes to sleep and I like to have a plan.  To remedy this little hiccough, we had our wonderful friend Kelly join us because we love her company and she’s also a great buffer.  I’d forgotten how no-nonsense she was when it comes to some things, like getting free stuff and discounts and asking the hard-hitting questions.  By the end of her first day, she’d already insisted we adopt a baby girl (No.), asked if we shared all our finances (It’s complicated.) and asked which of us was the top.  Actually, she glossed over that last one but you get the idea.

Scott and Kelly soaking it in.

We’ve been here for a few days now and agreed that, as beautiful as the resort and its world-class spa are, there isn’t much human eye candy.  Besides us, in fact, there are only three cute guys:  The Australian Guy with the Legs, The Guy in the Black Baseball Cap and The Blond Rolled-up Jeans Guy.  And don’t get me started on what people are wearing around here.  In contrast to a few dapper gents who invariably turn out to be wealthy Mexicans, the Americans are not bringing it, so to speak.  Kelly pointed out that many of them remind her of David Spade’s “Joe Dirt” character with their tropical print shirts and baggy tank tops, neither of which is good camouflage for beer bellies and wild torso hair.  And it really isn’t that hard, people.  I can pack a carry-on for a week at the beach in under three minutes and look pretty damn put-together for the entire time.

I wasn’t always so savvy on packing for hot climates, though.  For my first trip to tropical Puerto Vallarta on an October many years ago, I’d left the packing until the night before, as I still do, and Killough happened to ring just as I was contemplating an enormous pile of clothes that included cashmere turtlenecks, dinner jackets and some amazing Raf Simons trousers.

“What are you doing?” asked Killough.

“I’m really having trouble packing for tomorrow,” I said. “I’ve never been to Puerto Vallarta and I don’t know what to take.” 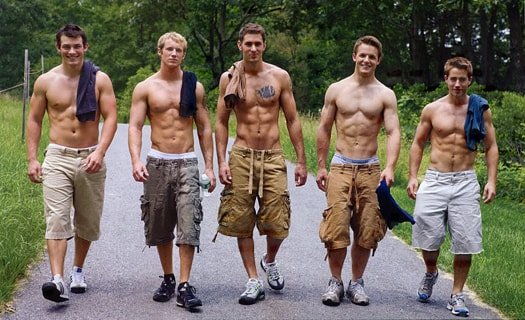 Cargo shorts: Step 2 of dressing for hot vacations. Step 1 was working out.

My resort experience at that point was limited to Cannes, St. Tropez and other towns along the French Riviera during the early Nineties, so I took that to mean designer looks in a palette of mostly black.  When I walked into the palatial lobby, possibly the first guest of my newly opened Vallarta hotel with my vintage luggage and dressed head-to-toe in black Gucci, the staff thought I was a damn movie star.  It worked for a big entrance but it wasn’t the best strategy for an entire week’s holiday in a tropical Mexican getaway, unless you like to sweat and be uncomfortable.  I’ve learned from my mistakes, though, and those vacationing experiences have made me an expert at vacation packing.

So, guys, here’s what to pack for your beach or tropical holiday:

In the end, you’ll probably have a fabulous time no matter what you’re wearing.  Just remember that the pictures will follow you forever.

All the Single Ladies