Quick Crit: ‘The Green Knight’ Is a Colossal Achievement 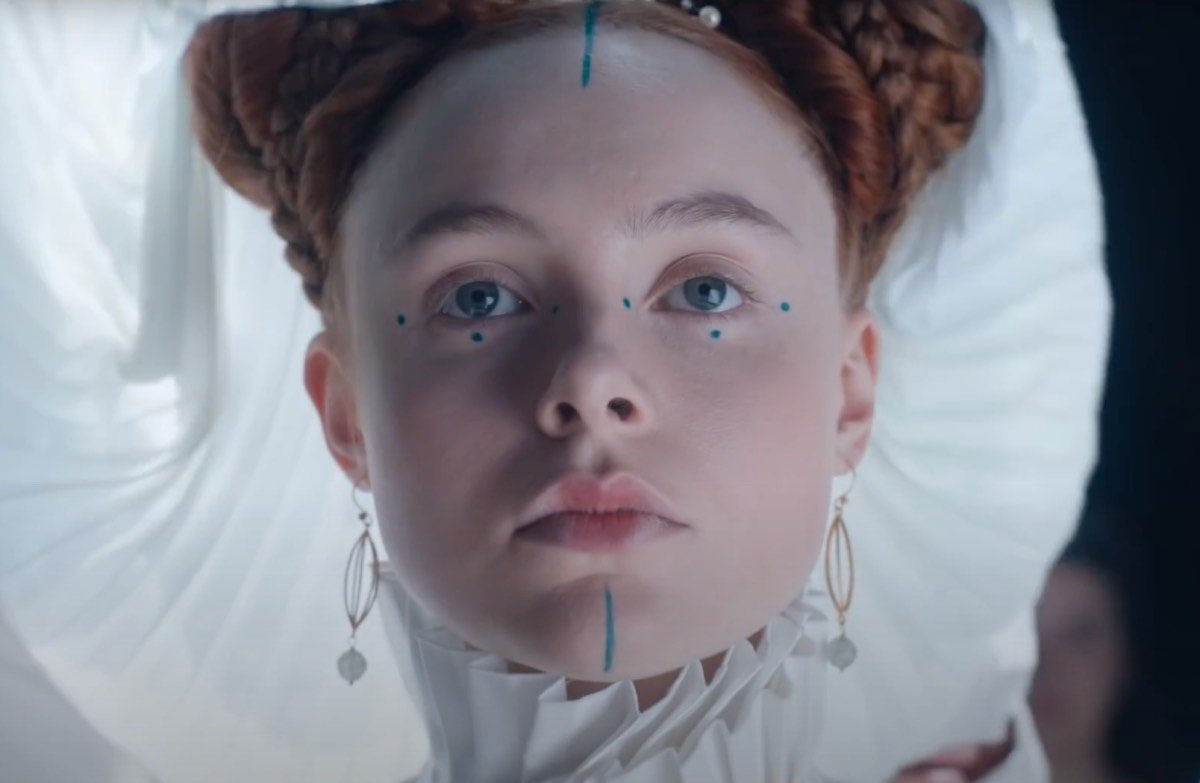 I’ve never seen anything like The Green Knight. It does have overtones of Hard To Be A God, but who saw that? I mean, other than me and whoever’s taken a Modern Russian Film class, outside Russia. Then midway through I thought, “Whatever happened to Lars von Trier?” Declared himself a Nazi, so Cannes shot him out of a cannon, I guess. There’s shades of Antichrist, too.

In terms of costumes, there are plenty of nods to Eiko Ishioka‘s work, especially for Tarsem Singh. Lots of crinkle, as they call it in India — in the West we tend to call it ‘pleated fabric’ or just ‘pleats,’ but schoolgirl kilts have pleats, and this ancient technique of texturing fabrics is so much richer than that. An example of the Indian technique is a photo by Marcus Leatherdale of my close friend Gitanjali Kashyap that I art directed. 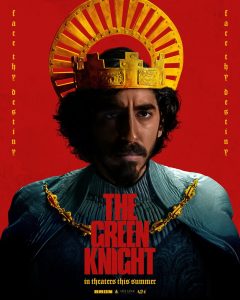 Dev Patel finally gets another good one.

Most of all, The Green Knight has overtones of American auteur director David Lowery’s own previous masterpiece A Ghost Story, which is a whole bunch of superlatives, including “I’ve never seen anything like this.” I’m still haunted by it, and I don’t believe in ghosts, so that’s saying a lot. May he continue to make films like this forever.

The Green Knight is a work of art. I think I may have to watch it again, after I read the poem, or maybe the synopsis on Wikipedia. Yeah, that’ll do; my brain’s too addled by Cali Stupor for Middle English.

In the absence of my usual wordy gush or trashing: I don’t watch anything twice, unless I forgot I saw it the first time. I’m happy for Dev Patel; he’s been on something of a quest for appropriately meaty roles since bursting out in Slumdog Millionaire. Lowery shares my appreciation for South Asian pulchritude that few other Western filmmakers seem to have.

I cannot get the giants sequence out of my head; I wept inside from the beauty and the visionary interpretation of the source text. This is why we see some films in movie theaters. Thank you A24 for keeping that beacon shining. 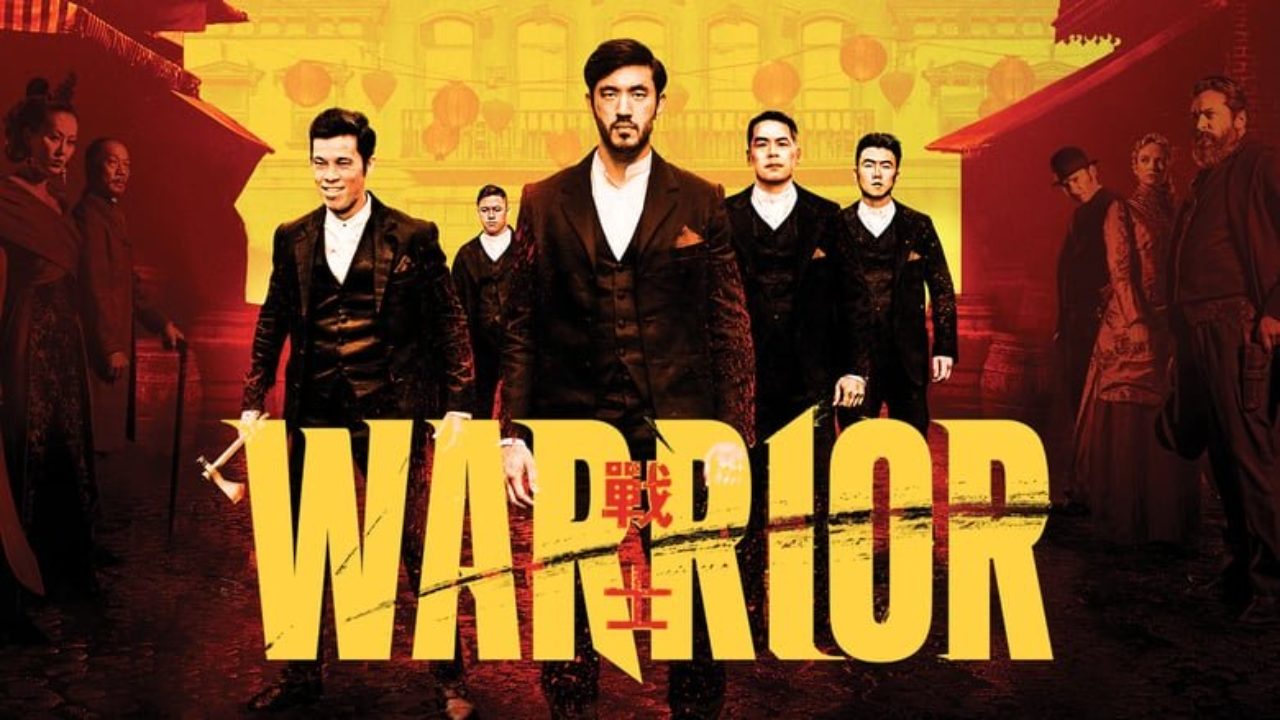 In Kung Fu vs. Boxing, the Big Guy Goes Down in the Fifth

The title sequence for HBOMax’s Warrior is one I don’t skim over when I binge. I finished the second season last night, and it surpasses the first in terms of plotting, scope and character dynamics. The show is such a great concept, both engaging as well as being a fresh framework for kung fu. Yes, we’ve seen kung fu Westerns before, but not as elaborate and character-driven as this.

Pitting racist Cantonese tongs against racist Irish Catholic immigrants — in other words, kung fu versus boxing —, while the two groups scramble for the scraps tossed to them by establishment American Protestants, is a powerful hook. Yeah, well: It’s based on a treatment by Bruce Lee.

In terms of lighting and gritty, slummy tone, Warrior is a less-sententious Chinese Peaky Blinders, with some more-inventive devices; most notably, when Chinese and White Americans talk to each other, the Cantonese is subtitled. When the Whites have left the scene, the Chinese switch from Cantonese into unaccented, slangy American English. Such a great effect, so simple; it builds a culturally equalizing bridge of familiarity for viewers who don’t speak Cantonese that subtitles never could.

Another nifty device is related: The way they use American street-tough slang phrasing gives an insight into the equivalent in Cantonese. According to Cantonese-speaking Redditors, the reason they call Whites ‘ducks’ instead of the usual ‘ghosts’ is because the the characters for both are similar — it’s both a play on words and homonyms. Latin American slang for gay man is ‘pato’ — duck — so it’s also strengthening the subtext for some lit crit wonk to have a field day with, maybe rig it into Foucault. They’ve custom built an argot for the show, like they did for ‘The Expanse’. I’ve loved that sort of thing since I tried to learn Elvish as a kid after reading Lord of the Rings for the fifth time in a row. 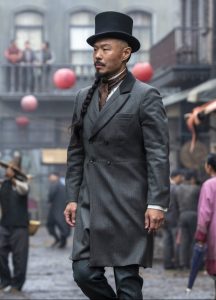 Andrew Koji, who plays the Bruce Lee archetype, is a worthy successor, literally a next-gen Chinese-American hero, were he not really half-Japanese. Koji is endlessly watchable, a fine actor, with skills on a par with Bruce Lee himself. He’s British, of course, because these days American actors are apparently incapable of anchoring US-based shows. And I probably agree with this casting trend: Brits are far easier to work with, and in it for the right reason, to make a living as  actors, whereas Americans suitable for lead roles primarily want to be rich and famous, for the most part. Ego hinders performance: there’s no room for two personas in one character. Americans have a hard time letting go; they are reminded from the moment they can reason till Alzheimer’s gets the better of their minds that they are the center of the universe, nothing and nobody else.

A great character actor is one you never like to see out of character. Spoils the delight. Cinemax darling Hoon Lee from Banshee as well as Warrior is one of them. Tim Blake Nelson another. 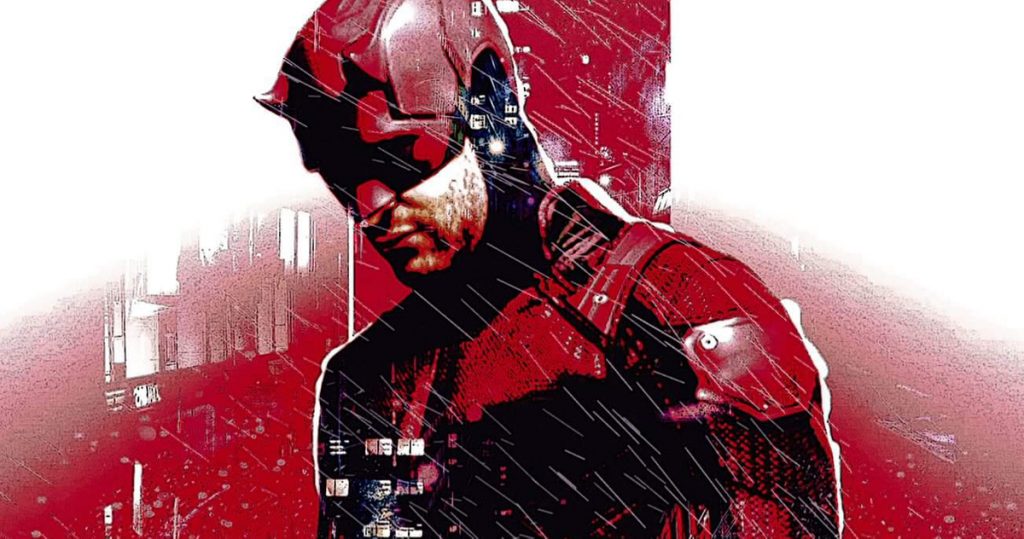 Scraping Gems off the Bottom of the Barrel

While I was dumpster diving in the Marvel wholesale bin on Netflix — sniveling like viewers everywhere about the lack of fresh content; my ‘white fragility’ making me feel sorry for myself; my ‘white rage’ outraged because my unchecked ‘white privilege’ can’t muster anything for my ‘white gaze’ to feast upon for neither love nor money — I found ‘Daredevil.’

It’s a great show! The most creative violence I’ve seen since Warrior and Gareth Evans — almost. I don’t even mind that Rosario Dawson is the only one amid a dozen native-New York, working-class characters living in Hell’s Kitchen pre-utter annihilation by gentrification who has the faintest New York accent. Deborah Ann Woll from s0-OTT-camp-don’t-bother-acting True Blood is actually from Brooklyn, but nary a chip on her accent, sadly.

And Charlie Cox… come to daddy! Layered, detailed actor, steps out of his own way, proper hero’s voice, a smile that makes Sunday morning brunch in bed all on its own. He’s English, of course. There are too many scenes with his regular co-stars, both American, that seem like a top-tier acting coach humoring his students by rehearsing with them to show how its done.

Give the man his own movies. Trust me.

The French invented postmodernism via critical theory, or maybe it’s the other way around. It doesn’t matter because it’s all nonsense—in France, at least; in America it’s dangerous bullshit, not the kind that fertilizes the cultural conversation, but smothers it.

It’s always been hard to say where Schiaparelli ends and where Gaultier begins. The latter thrived when the former was all but dormant in the last quarter of the last century. He was carrying on the French surrealist tradition, in a self-referential, self-conscious way that makes it high-grade postmodernist fashion.

If I were a rich woman with an aquiline nose, I would only dress this way. Check out both houses’ recent collections and tell me I’m crazy:

I’m in love with Billie Eilish all over again. Fred Again is one of her male counterparts. I send them on dates together in my mind.

… as is Mehro, who actually shares a manager with Billie. This song is the tragic teen love story I’m writing about right now in my memoir. I don’t know how a 21-year-old from Los Angeles was there so long ago, but apparently he was:

“As an optimist, I prefer to think of them as two crocodiles having a laugh.” Hahaha: 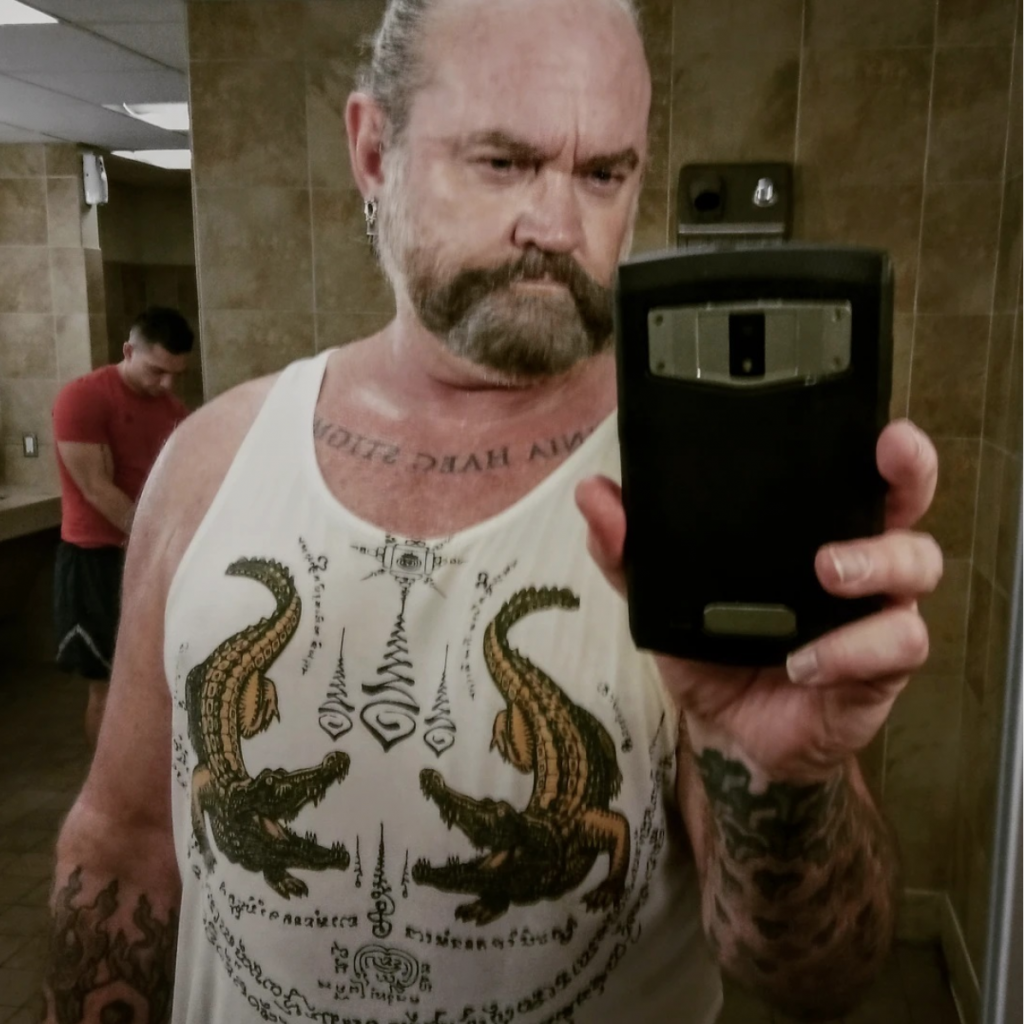 Despite Being Soapy, 'The Cook of Castamar' Whets My Appetite

'Spencer': Through a Looking-Glass, Darkly